The movie is No Time To Die has a premiere today. The latest installment in the James Bond series is the last one to feature Daniel Craig in the lead role. It's a good time to recall the best PC games about the most famous of British spies.

Unfortunately, for a long time publishers of Bond games ignored the PC, so many of these productions are available only on consoles. Games like GoldenEye 007, The World Is Not Enough, James Bond 007: Agent Under Fire, James Bond 007: Everything or Nothing, GoldenEye: Rogue Agent or From Russia with Love were never released on PC. Still, there's a slew of Bond games to play on PC, and in many cases, they even received mods and unofficial tools that improve them to better match today's standards.

Currently, not a single Bond game can be purchased digitally. This is because all publishers had temporary licenses for the brand and couldn't sell their games once they expired. With a little effort, however, you can easily get second-hand copies of these productions today. 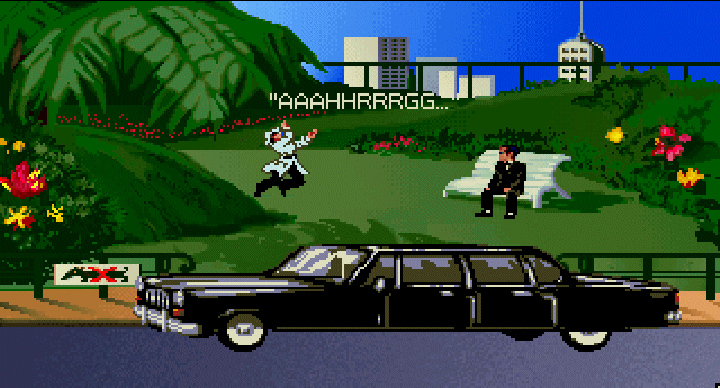 Let's start with Operation Stealth, a classic adventure from Delphine Software, the developers of Flashback. The game was actually created without a license to the Bond franchise. However, the creators were clearly inspired by Ian Fleming's output that the American publisher, Interplay, obtained the neccesary rights, and the project was released in the U.S. as James Bond 007: The Stealth Affair.

The American version changes the hero's name (known as John Glames in the European release), and a few details, but overall, it's the same game. This causes some problems, as it is not explained why James Bond gets his orders from the CIA, for example. Nevertheless, the whole thing is a successful spy adventure that should appeal to fans of the genre.

The game was developed for DOS. To run it today, you need to use software like the DOSBox program, but it's much easier and better to use the ScummVM app, which additionally offers many useful features, such as graphics filters. 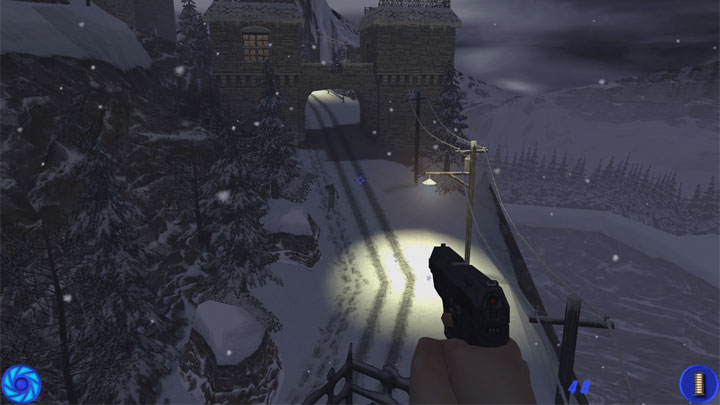 James Bond 007: NightFire is an interesting example of something that practically doesn't happen anymore these days  a PC version that shares the title with console editions, yet is a completely different game.

NighFire on PC is not a port of the console game created by the Eurocom team. It's a different game that was created by Gearbox. In 2002, most industry magazines considered the PC release as significantly inferior. And there's a lot of truth to that  it's a title that's a little uglier, much shorter, and far less diverse. Yet, paradoxically, the passage of time mostly minimized the gap that separated these titles. This is due to the fact that 19 years ago, developers took a completely different approach to console shooters, and their solutions are not so popular anymore.

On the other hand, the PC-based James Bond 007: NightFire is just a solid shooter built on the same engine as Half-Life.In addition, it benefits greatly from the mod called Unofficial patch. It introduces support for modern operating systems, allows you to play at high widescreen resolutions, fixes bugs and improves the visuals (including the addition of dynamic lighting). Additionally, it brings back online multiplayer and, much to the surprise of fans, the servers are still running and there's almost always at least one that lets you have a proper game.

007 Quantum of Solace  Call of Duty in a tailcoat 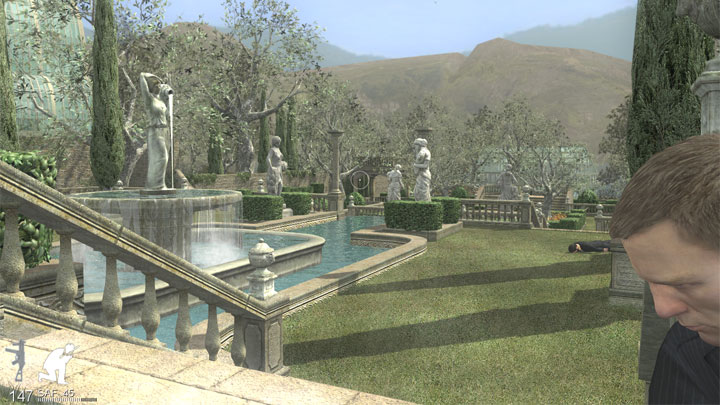 Quantum of Solace is often considered a low-point of the Bond movies with Daniel Craig. The video game released alongside it, on the other hand, was a pretty neat shooter. The project was developed by Treyarch and built on the Call of Duty engine, so the design looks nice and gunplay is great.

The quality of the PC conversion leaves a lot to be desired, which is all the stranger given that Call of Duty: World at War, released in the same year and developed by the same studio, had no such problems. Fortunately, we can get rid of most of them with a fan-made tool, called Quantum of Solace Tool. It allows you to change the fps limit (30 fps by default, so being able to bump it up to 60 makes a huge difference), as well as configure the field of view. You can also turn off the annoying mini-game, which is important because its mechanics seem to be tied to the framerate, so it becomes practically unplayable once the 30 fps limit is lifted.

An additional tip  if the game crashes on the second mission, you'll fix it by creating a local Games for Windows Live profile (the standard ones are online profiles, and that service has been down for a long time, hence the problems). 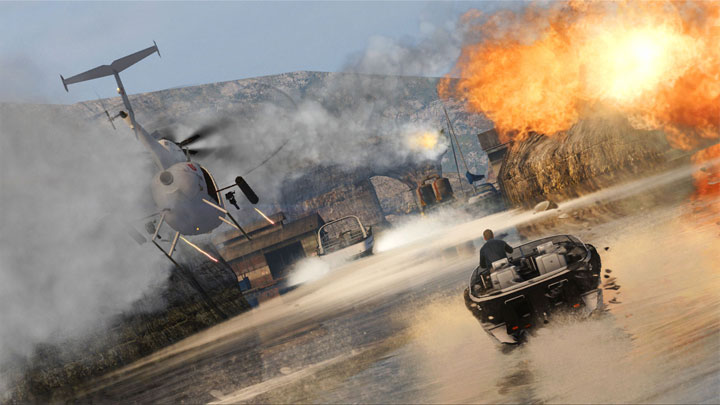 Unlike most Bond games on PC, Blood Stone relies on a TPP perspective. This is a solid shooter with a variety of maps and interesting car stages (the project was developed by Bizzare Creations, the authors of the excellent racing series Project Gotham Racing); an additional advantage is the storyline. The project was conceived as an original, interactive movie, which is a nice change from the adaptations of movie scripts.

James Bond 007: Blood Stone does quite well on modern PCs, which is good news  there are no mods to improve this title. The game can run at 60 fps and supports ultra-wide monitors.

On some PCs Blood Stone has performance issues, however, which fortunately can be resolved most of the times. They cause the animation to stutter regardless of what's happening on the screen, so you can tell right away that it has nothing to do with your PC's specs. If such inconveniences occur, minimize the game during gameplay (ALT+TAB) and enter the Task Manager (CTRL+ALT+DEL). On the Details tab, right-click Bond.exe and select "Set Collation." Uncheck "Processor 0" and leave the rest unchanged. This should solve the problem, but unfortunately, this process has to be repeated every time you launch the game.

007 Legends is the latest official release from the franchise. It was released nine years ago and has aged quite decently in terms of gameplay. However, it has two massive problems.

The production has trouble with non-standard resolutions (such as ultra-wide). This can be managed  in part. There are two methods for doing this:

The first of these requires the use of Flawless Widescreen. It does not support 007 Legends by default, but one fan has put together a custom script that provides that support. The method with Flawless Widescreen should work on all versions of the game.

The second method only works with physical copy of the game. It uses the Cheat Engine application and also requires a unique script.

Unfortunately, no matter which of these methods you choose, the engine will still run in 720p. No one has come up with a way around this problem yet. At most, you can try to sharpen the graphics in your GPU settings, but don't expect miracles.

The second problem is controls. The production does not support game pads, yet aiming was clearly developed with such controllers in mind. This results in very jerky mouse behavior. It can't be fully fixed, but it can be minimized. To do this, set the mouse sensitivity to minimum in the game menu, and increase it in the Windows system settings. You will have to experiment a bit and see what values fit your preferences best.

Fans of the brand should also check out the three unofficial projects. 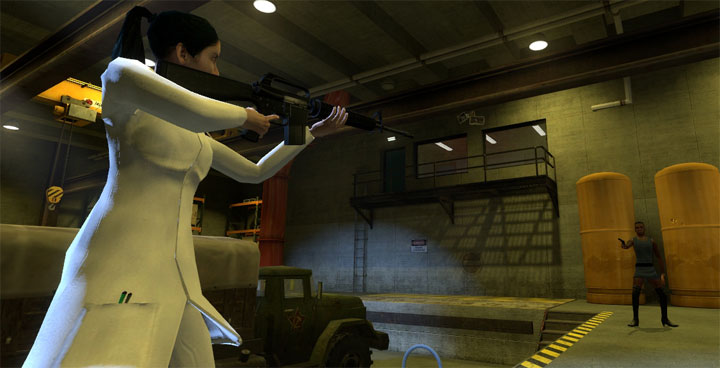 GoldenEye: Source is a free game built on the engine known, among others, from Half-Life 2. In practice, it is a mod, but it does not use any elements from the existing games, and in such cases, Valve allows modifications to be released as standalone productions. To run it, all you need is the free Source SDK Base 2007 package installed on Steam.

The project offers only multiplayer modes. It has been very well developed. The authors kept everything that players loved about the multiplayer in the original for Nintendo 64, but they weren't afraid to make many improvements that make the whole thing much more modern.

The game, however, is currently in decline. Being able to have some fun on the servers requires some patience. Alternatively, you can get a group of friends together to play, which will be totally worth it, because GoldenEye: Source is quite a unique game that doesn't have many alternatives on PC. 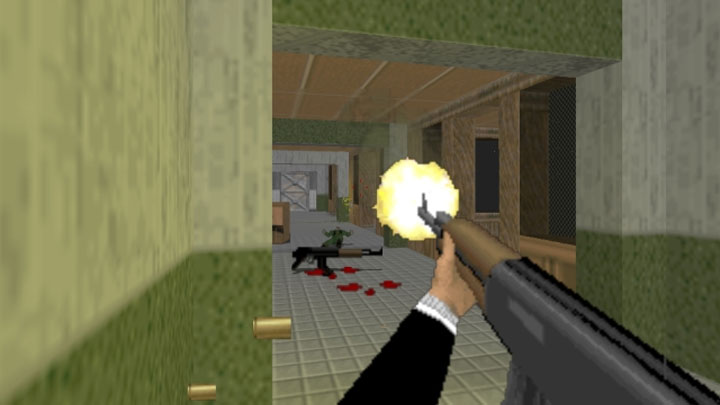 Another recommended project is a total conversion of Doom II. The author has swapped all the elements, making it a standalone production. It's a simple, but quite enjoyable shooter. It offers several single-player maps based on those from the original Nintendo 64, but the gameplay is pure mayhem, typical for the oldest FPSs. There's no stealth, nor complicated tasks to get done.

The latest fan project recreates maps from the single-player campaign of GoldenEye 007 in Far Cry Arcade. Far Cry 5's mechanics are a bit different, of course, but it has both a good stealth system and exciting combat mechanics, so those classic levels work well on the new engine.

As a result of the intervention of MGM's studio lawyers, the project was removed shortly after its release, but its authors were able to rework it, removing all elements directly referencing the James Bond universe.

You can find the maps in Far Cry Arcade by searching for the nickname of the main author, Perfect-Dark1982. On PC, you can also search for the project by its name  "Golden Cry."

Finally, there are some upcoming games that should be of interest to all James Bond fans. The first is Project 007, which is a new production of IO Interactive known from the Hitman series. Information on this title is very scarce, though. We know that an entire trilogy is planned, and that the action will be shown from third-person.

The second promising project is S.P.I.E.S. It began as a fan remake of the classic Goldeneye 007, but the intervention of MGM studio lawyers put an end to that venture once again. Instead of binning years of work, the developers decided to remake their creation into a new, commercial game. It will be devoid of any James Bond references, but its atmosphere and gameplay definitely should appeal to James Bond fans.

The last project we present to you is Agent 64: Spies Never Die. It's a retro-FPS, inspired primarily by Nintendo 64 shooters, both in terms of gameplay and graphics, though the whole thing will be developed to work perfectly on PC.

While writing this, I was hoping that the game's demo would be made available as part of Steam Next Fest, but unfortunately, the developers weren't ready for that step.