The presentation of Cyberpunk 2077, which took place behind closed doors at this year's E3 trade fair, was widely commented in the video game industry. Although the work of CD Projekt Red appealed to most viewers, there are also voices of dissatisfaction on the web. An example of the latter can be be found amond selected comments published under the announcement of the game on Rock Paper Shotgun, where the devs are accused of racism and misunderstanding of the source material, and Mike Pondsmith (creator of Cyberpunk 2020) - that he is not sufficiently involved in the production process. The latter decided to refer to them personally on Reddit (one of the users wrote them down in points), and according to the creator of the universe the accusations do not have any coverage in reality. 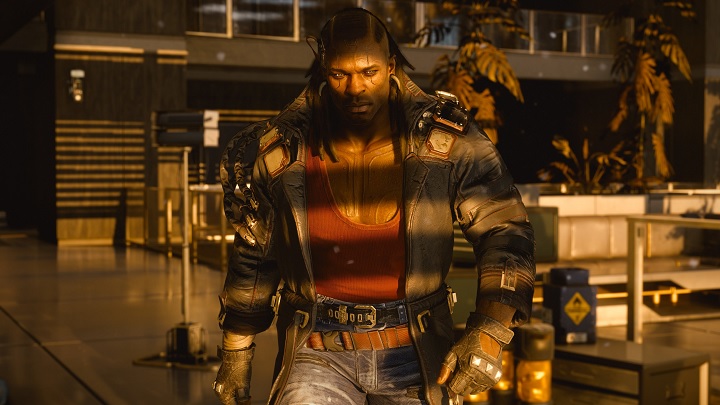 Cyberpunk 2077 is a work fully in line with the vision of the "father" of the universe - Mike Pondsmith.

Let's start with the fact that Pondsmith said that if he hadn't been involved in the production process, he would have been able to do more (for example, finish the Cyberpunk Red manual, which has recently been delayed ). As things are at the present, however, he "barely has a life", because he works with the Polish developers on Cyberpunk 2077.

As far as the accusations of racism are concerned, the case is boilded down to the fact that the gang, whose members are referred to as Animals, is represented mainly by black people. Pondsmith confirms, however, that it is not the skin color that is important here, but the fact that they are people who see themselves as "powerful, dangerous, wild animals"; in his opinion, the character called Sasquatch is sufficient proof of this.

Another issue is the alleged misunderstanding of the source material by the developers. This is to be seen in the fact that the members of the Voodoo Boys group were also presented as black people, which according to some people departs from the original. Meanwhile, Pondsmith claims that while the original Voodoo Boys were supposed to be a "scathing commentary on cultural appropriation," he "loves" the idea that real Voudon practitioners (a Haitian variation of Voodoo) moved into Night City to take their due place. It is worth noting that he likes the fact that they speak actual Creole.

And then we have this cherry on top of the cake. Responding to the critics, Pondsmith asked an armor-piercing question:

Who the (bleep) do YOU think you are to tell ME whether or not MY creation was done right or not?