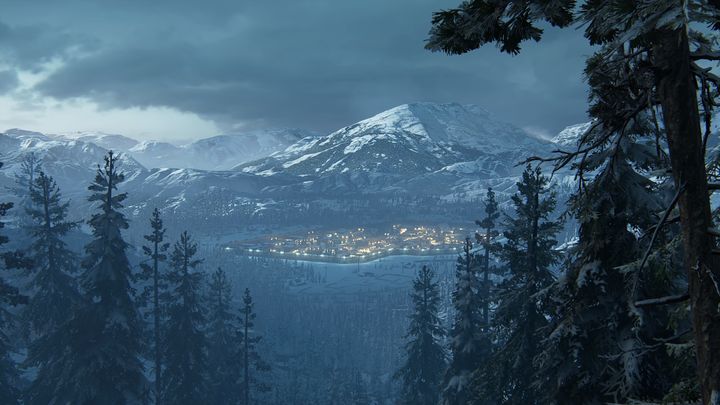 Gameplay from The Last of Us II.

Sony has published another material on The Last of Us: Part II. Developers talk about their work on the game and the improvements they have made to the mechanics compared to the first part. The most valuable for fans, however, are certainly the spectacular shots that present the title in action.

The scenes come from two different moments of the game. On some we see snowy winter landscapes near the town of Jackson, on others we can examie foggy and drizzle wet areas around Seattle. There are also some violent battles and fragments presenting new features - including Shambler, a new type of mutant opponent, and dogs, used by human enemies to help them search for potential threats.

Dogs have a new sense of perception to bring to the table (new to The Last of Us), which kinda puts this interesting wrinkle on the stealth gameplay. So far, you have been dealing with sight and sound, trying to stay put of sight, trying to move slowly to be quiet. But now, with enemy dogs, you have to worry about them picking up your scen trail," said Anthony Newman, the co-director of the game.

What deserves attention is what the developers said about the opponents. The creators wanted them to be even more dangerous than in the first part - even the weakest of the infected will now be a real threat to the heroine. The artificial intelligence of human enemies has also been improved. Interestingly enough, they will have... names that they will use to communicate with each other. The point is to show that enemies are not typical video game monsters. We are in a world full of ordinary people who have been put in an extraordinary situation.

To make a fully realized world, to really honor the impact of this violence, you have to honor every person in it. Nobody is a hero here," emphasized Halley Gross, the game's main scriptwriter.

The Last of Us: Part II is coming out exclusively on PlayStation 4. The game will be released on February 21, next year.