For RPG fans February is the month of The Outer Worlds, as new information about the game are being published on a daily basis. Today we've got for you a video presenting the combat system, commented by Tim Cain and Charles Staples from Obsidian Entertainment studio, as inquired by the editors of Game Informer.

Let's start from the fact that the starting point for the developers was the combats system of Fallout: New Vegas. However, the authors quickly began to modify the patterns, introducing new elements. Everything is based on the rule that although the game is an RPG, it looks and feels like a shooter, so you should fight in it like in a thoroughbred FPS. On the other hand, although there will be plenty of simple battles with enemies, which we can take out without further consideration, we will also meet adversaries who require much more effort.

The Outer Worlds will feature no shortage of space for both sneaking and tactical elements, and the latter will take form of giving orders to our companions. Party members will be useful not only to distract enemies, but also provide real support by making use of their unique abilities and focusing on attacking targets of our choice. 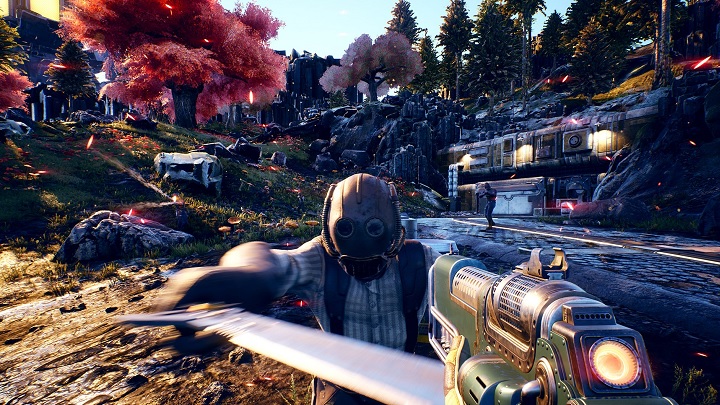 The Outer Worlds looks like a shooter, so the creators came to the conclusion that the fight in their latest work should resemble FPS games.

An important role in the course of the game will also be played by the so-called "Tactical Time Dilation", which is a fancy name for good old VATS-like bullet time, enabling us to calmly aim at a specific part of the enemy's body or find a moment to reload weapons, for example. In order to use it, we will need energy, which will initially be depleted at a constant rate, regardless of what the player is doing at the moment. In the end, however, a solution was implemented according to which the depletion speed of the bar is determined by the character's activity; while aiming "drains" it less, shooting or moving around the battlefield is uses it up much faster.

Some attention was also paid to the available weapons arsenal, which will consist of products from various companies, which in turn is supposed to build the credibility of the setting. Each weapon will be customizable, so that we can adapt it to our individual style of play. However, finding the best guns will have to wait until we sufficiently developing our character. 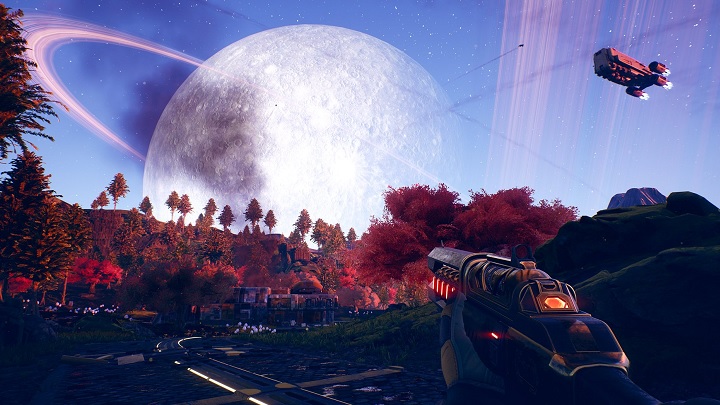 In The Outer Worlds we will often stop to admire the views.

Let's remind that The Outer Worlds was first heard of during The Game Awards 2018 gala. The production will be released on PC, PlayStation 4 and Xbox One this year. According to the recently released information, a single playthrough will take us from fifteen to forty hours, depending on the style of gameplay we choose.