Fallout: New Vegas for PC, PS3 and X360 is another, after Fallout 3, installment of a popular post-apocalyptic game series originated in 1997. The title was developed by Obsidian Entertainment Studios, founded by former members of Black Isle Studios, the producer of the first two Fallouts.

The game focuses on a conflict between three factions: New California Republic, Caesar's Legion, and New Vegas citizens. The player takes on the role of a courier/adventurer (whose statistics are set during a psychoanalysis), saved from death by a friendly robot. Obviously, Pip-Boy makes a return too, which you receive from the owner of the machine.

The gameplay in Fallout: New Vegas for PC, PS3 and X360 copies the mechanics used in Fallout 3. Thus, you guide your hero through constant progression, and observe their actions from third person or first person perspective (depending on your personal preferences). Another thing that reappears in the game is the combat system called V.A.T.S., which allows, among other things, to pause time and aim at specific body parts of enemies (depending on the available action points).

Players can make use of a lot of new perks and abilities (some of these are specifically designed e.g. for close quarter combat). Among the innovations, there are also new weapons, such as an assault rifle that resembles M4 or a minigun. Weapons can be modified in order to improve their combat potential (e.g. increase magazine capacity or mount an optical sight to a hunting rifle). Your actions in the games world affect not only your karma, but also the popularity among particular factions.

The developers from Obsidian also decided to link the dialogue system with skills. When choosing a dialogue option based on a skill, you receive either of two prompts: success (when having a high skill level) or failure (low skill level). This informs players that they could have resolved a matter differently. Moreover, it is possible to explore the world along with 2 or 3 companions by your side.

The game just had to introduce a couple of novelties. The first one is the crafting system that allows you to create and modify items. In specially designated places you can produce ammo, cook meals, and mix potions. Another interesting innovation is the hardcore mode, which makes the game significantly harder to play. The creators also tweaked the system of giving orders to companions.

The graphics was based on the modified engine from The Elder Scrolls IV: Oblivion, also used in Fallout 3. As a result, the authors were able to develop a detailed world, full of extensive open areas and exciting interiors of various buildings.

This guide to the Fallout: New Vegas provides a detailed description of both the story line and all side quests. Description covers information about possible solutions of specific quests and their endings. 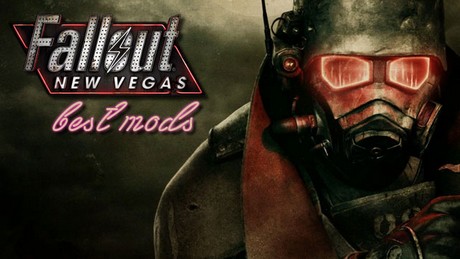 Weve prepared for you a selection of the best visual mods for Fallout: New Vegas together with an installation guide. These are the mods that will breathe new life into this great RPG.

Fallout getting a fan-made remake in Fallout: New Vegas

The original Fallout is being remade by fans as a Fallout: New Vegas mod. Some of the first game levels are ready now, which you can see on gameplay videos.

Theres a curious piece of info floating around the web  somebody may be developing a sequel to Fallout: New Vegas, Obsidians spin-off to the post-apocalyptic franchise. The game is to be officially revealed during this years E3.

With Fallout: New Vegas Obsidian Entertainment proved that they ccoul make a great Fallout game. Now the studio says they would gladly do another one.

Is Chris Avellone to make another Fallout game?

What does it mean when someone like Chris Avellone says to Fallout Boy: I missed you so much? According to Fallout fans, the co-designer of Fallout 2 and Fallout: New Vegas must be working on another Fallout game.

A new version of Tale of Two Wastelands mod has been released. This Fallout New Vegas mod allows you to explore both coasts of post-apocalyptic America with the same character.