The Outer Worlds is an action RPG game developed by Obsidian Entertainment studio. It's a team whose portfolio includes such productions as Star Wars: Knights of the Old Republic II - The Sith Lords, Fallout: New Vegas or the Pillars of Eternity series. The game was released by Private Division - under this brand Take-Two Interactive helps independent developers. It is worth noting that the title was supervised by Leonard Boyarsky and Tim Cain, the developers to whom we owe the creation of the first installment of the Fallout series.

The Outer Worlds takes place in a retro-futuristic universe. We play the role of a spacecraft crewman awakened from hibernation, who was sent to Halcyon, the Earth's colony located on the outskirts of the galaxy. As it soon turns out, the days of the institution may be counted - the protagonist encounters a trace of a conspiracy directed against it. How the fate of the colony will unfold and what role the hero will play in it depends on the player's actions and decisions, as well as his relations with characters and factions functioning in the game world.

In The Outer Worlds the action is shown FPP view. The main premise of the game are role-playing tasks and side missions, which the hero can perform alone or with companions controlled by artificial intelligence. These characters can join us in the course of the adventure, and they are equipped not only with their own stories and motivations (separate quests are associated with them), but also with individual skills. In order to get to know each of them better, it is worth to look on board the ship from time to time, where we can meet other crew members.

By traveling through various locations, where you can find both picturesque landscapes and interiors of buildings or space stations, we face various opponents - from hostile people, through combat robots, to monsters that are the fruit of a failed terraformation process. In real-time battles, you use arsenal and weaponry with a skillful juggling of the heroes abilities.

As the protagonist progresses, he or she gains experience and advances to the next level, gradually expanding the range of skills (which can be useful both on the battlefield and during conversations with the NPCs). Against the background of other representatives of the species, The Outer Worlds distinguishes the system of so-called flaws - the game follows our actions, trying to find an activity in which we are not particularly good. Then it offers us a related debuff; if we accept it, we will get an extra perk in return.

Thanks to the original, retrofuturistic stylistics, the visual side of The Outer Worlds make it pretty neat. Carefully designed locations draw attention, as well as detailed models of characters, enemies and armament. The struggle takes place with the accompaniment of atmospheric soundtrack.

The Guide to Outer Worlds is a compendium of knowledge about the RPG game inspired by the Fallout series. Here, you can learn about the best skills in the game, what is the TDD, and how to complete main, side, and companion missions on the Halcyon. 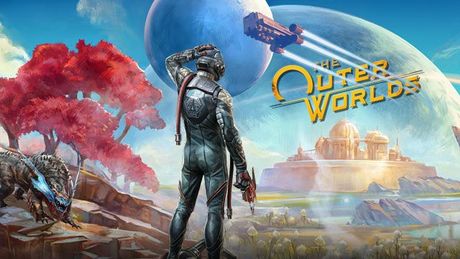 A year ago, Obsidian heralded The Outer Worlds on the wave of severe criticism of Fallout 76. Today, when Bethesda no longer provides the blanket of a terrible RPG release, things aren't so pretty anymore. 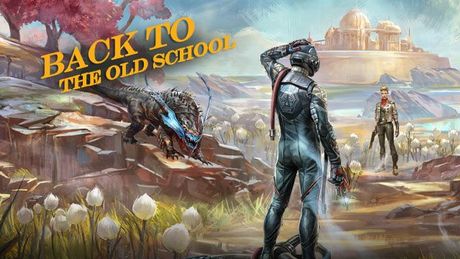 The Outer Worlds Hands-on  Who Said Old School was Pretty?

The spiritual heir to Fallout: New Vegas - that's what its creators say about their game. The Outer Worlds draws a lot from its predecessor, but the atmosphere is completely different  and it sucks you in like a vortex!

Obsidian Entertainment studio and Private Division (a Take-Two Interactive brand) have announced a new RPG. The retro-futuristic The Outer Worlds will release on PC and consoles next year.

A large batch of information related to The Outer Worlds has just surfaced on the web, courtesy of Game Informer.

Obsidian Entertainment has revealed the planned campaign length of The Outer Worlds, the FPP RPG which is to launch later this year.

New gameplay from The Outer Worlds has just surfaced on the web, featuring commentary from Obsidian Entertainment's Tim Cain and Charles Staples.

We may have learned the release date of The Outer Worlds. A Steam database contained a piece of information that the latest RPG from Obsidian Entertainment is to be released in August.

Obsidian Entertainment is working on two more unannounced projects. It is possible that one of them is the sequel to the upcoming The Outer Worlds.

As a result of a mistake made by an English-speaking game website, we learned that the new game from Obsidian Entertainment will join the group of titles available on Epic Games.