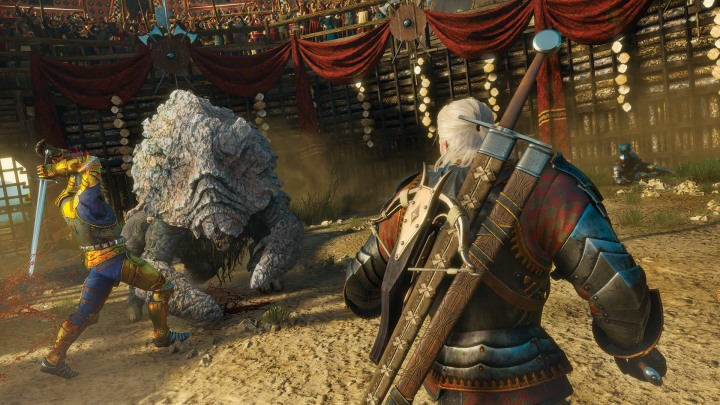 In the next couple of weeks we will embark on a new journey with Geralt.

The Witcher 3: Wild Hunt received many patches until the end of 2015. After the game was updated to version 1.12 we havent seen any major updates. Fortunately, the situation is about to change with the release of the Blood and Wine expansion, as CD Projekt RED is going to simultaneously release another big patch for the core game. For now, we cant take a look at the full patch notes, but we know that the developer is going to bring many modifications to various user interface screens. Apart from the information, CD Projekt RED has also provided screenshots which show the differences between the old and new UI. Before we describe them in detail, lets list some general changes and those which were not shown in the screenshots:

1. When you pick up a new document (e.g. a book), you can read it immediately. You dont need to search for it manually in the inventory any longer;

2. Switching Signs with the quick access menu on consoles is now easier  all you have to do is tilt the analog stick towards the symbol of the Sign you wish to select and then release it (theres no need to confirm the choice with another button);

3. The map screen was provided with additional markers and filters.

Lets begin with the screenshot showing the most interesting innovations  the skills screen. As you can see above, it looks a bit prettier than before; more interesting, however, is what shows up in the center of the screen. It seems that the player will be able to activate more skills  it probably has something to do with the rumoured mutations of Professor Moreau.

Big changes were introduced in the inventory. Different items falling under a single category (above you can see the equipment) were clearly grouped. Putting documents and quest items into a single category is a bit concerning, but perhaps this new, bigger category will also be sorted in a clear manner? A more worrying change is the removal of statistics for sword damage, armor, and Sign intensity (only vitality and toxicity are left now).

Luckily, looking for this information on the statistics screen wont be as troublesome as it was before. You dont have to scroll the long list anymore, as various data were grouped, and what you see now depends on the options you choose from the list on the left.

Some more conservative changes occurred in the crafting screen. It seems that the biggest innovation here is the information about the amount of ingredients that can be bought from the visited NPC. However, the screenshot above lets us also see another new element in the mechanics  a bonus for using items from the same witcher gear set. We can also take a look at the new grandmaster level Feline Trousers.

We also have a picture of the shop screen  but there are no important changes here that werent mentioned earlier.

Stellaris sells 200,000 copies in one day & gets great fan response