Polish hit action RPG The Witcher 3: Wild Hunt is going to receive a Game of the Year Edition, confirmed CD Projekt RED via Eurogamer. The revelation first came up as a rumor when The Witcher 3: Wild Hunt - Game of the Year Edition for PC, Xbox One, and PlayStation 4 was spotted on German age-ratings board USK by a NeoGAF user, but it has since been confirmed by the game director Konrad Tomaszkiewicz. This is what he told Eurogamer:

With all the free DLC and updates the game received so far, including significant changes to the game's interface and mechanics, many gamers have asked us if we're working on some sort of a Game of the Year Edition. I'm happy to confirm - yes, plans are in motion to release such an edition. We'll release more details, including the release date, in the future. In the meantime, I'd like to thank every fan of the game for their support - you're really amazing! 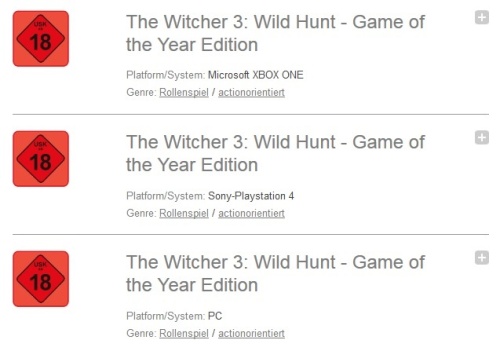 The Witcher 3: Wild Hunt - Game of the Year Edition will contain the original game, the two expansions  Hearts of Stone and Blood and Wine  as well as all the free DLCs and updates. Although the developer is not revealing any more details about this version (including its price and release date), Eurogamer learned from unofficial sources that it may be out on August 26, 2016.