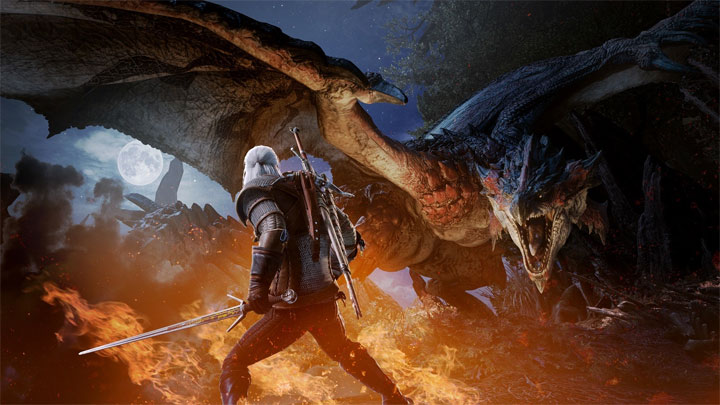 PC players will wait until May for Geralt's guest appearance.

In February, Capcom organized an event in Monster Hunter: World event, in which Geralt from Rivia made a guest appearance. However, the most famous of the witchers appeared only in PlayStation 4 and Xbox One versions. Now we've found out when the White Wolf is coming to the PC.

Capcom announced that on May 9 the PC version of Monster Hunter: World will receive a free update that will introduce elements from the Witcher franchise into the game. We will receive a new adventure - Contract: Trouble in the Ancient Forest, in which we will play as Geralt and hunt the monster known as Leshen. The White Wolf will be equipped with fencing skills and magical abilities, which he used in his own universe. Thecontract will have classic RPG elements and our actions will lead the story to one of several alternative endings. During the game we will also be able to get a set of new items, including Geralt's armor and his silver sword.

On May 17 an additional adventure entitled Contract: Woodland Spirit will be activated, where the prize will be the Ciri armor and her Zireael sword. In this contract, we'll play as standard characters.

Let's remind that Monster Hunter: World debuted on January 26, last year, on Xbox One and PlayStation 4; the PC port was released on August 9.

The game turned out to be a big hit. The PlayStation 4 version has an average rating of 90% on Metacritic. In addition, the project has expanded into almost 12 million copies, making it the most successful project in Capcom's history.