The latest installment of Microsoft Flight Simulator delights with its visuals. However, to be able to admire the full visual splendor, we need a really powerful computer. Although the minimum system requirements do not seem particularly high, when we want to set the highest details, even a GeForce RTX 3090 will not be enough to experience high FPS. Meanwhile, Xbox France is organizing a giveaway in which we can win a PC with an amazing case. It has the shape of a cross-section of an aircraft turbofan engine - it's quite a treat for every fan of virtual flying. The only problem is that the choice of the PC's components does not evoke comparable enthusiasm.

The PC to win in the giveaway advertising the update of maps of France and Benelux countries for MSFS 2020 is intended for French consumers. Prepared together with Gigabyte and Nvidia, it sports GeForce RTX 3070 and an Intel Core i7-11700K. The two components are complemented by Gigabyte Z590 Aorus Elite AX motherboard. The rest of the components have not been revealed, and the photo of the PC is just a 3D render. Of course, we can in no way accuse the rig of being weak. It has enough power to run the latest games at the highest details and high resolutions. But unfortunately not Microsoft Flight Simulator 2020. 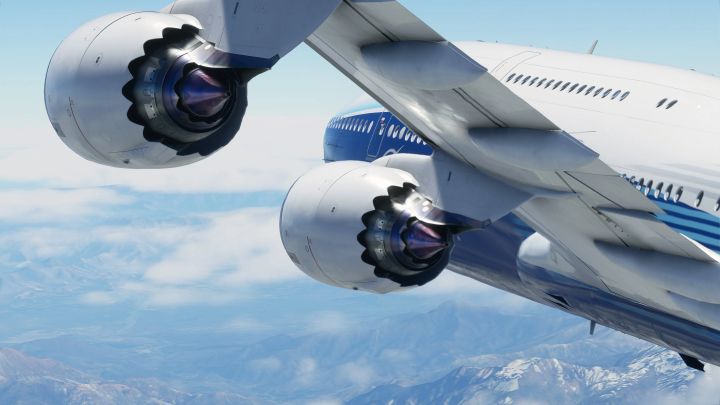 As shown in tests conducted by The Verge, Microsoft's new flight sim achieves about 41 fps (in 1440p - 44 fps) running on a PC with RTX 3090 and Core i9-11900K in 1080p. These results were obtained with graphics options set to Ultra. Changing to "high" results in an increase to 66 fps at 1440p. Rationally speaking, it can be assumed that the computer from Xbox France giveaway prepared for the fans of Microsoft Flight Simulator 2020, will not enable us to play the game comfortabley in maximum graphic details - taking into account its weaker components than the test machine used by TheVerge.

Intel and TSMC Claim Chip Shortage is a Long-term Problem