A sequence from Pixar Animation Studios' Up, which depicts scenes from Carl and Ellie's life, has become iconic at this point. Now we have the opportunity to watch it again in a slightly different version. SimplySimmer19, an active Reddit user and youtuber (on YouTube as Simply Simmer), recreated the iconic sequence in The Sims 4. 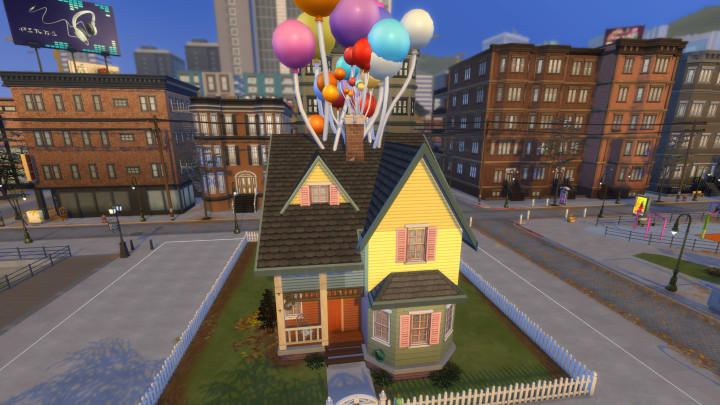 The house was recreated with great attention to detail.

The video published by SimplySimmer19 on YouTube is a stop-motion animation, starting with a presentation of the process of building the house. The creator also talks about her own creativity and the rooms she decorated at her own discretion, as they were not shown in the film. She decided, among other things, to create a children's room, because although the couple from Up lost their child, she considered it too important an element of their lives to be omitted.

Along with the construction proces, we can finally see Carl and Ellie. As in the original animation, the video shows the passage of time and, eventually, Ellie's passing away. The scenes chosen by the creator had to be slightly modified so that the place of action for all of them could be house.

The work of SimplySimmer19 was very positively received. The post she published on Reddit did not receive any negative feedback. On the creator's profile you can also find many other works - she managed to recreate, among others, the house from Rick and Morty and the apartment from The BigBang Theory.