Routine in The Sims is able to spark extraordinary creativity among players. They invent, for example, increasingly sophisticated ways to torture virtual people. There are legends about removing ladders in swimming pools, placing Sims in burning rooms without doors, or a wretch who gets trapped in a basement and his only task is to paint pictures for profit. Josh from the Let's Game It Out channel on YouTube came up with yet another... unusual idea. He decided to lock as many people as possible in one room in The Sims 4. His efforts have been captured in the following footage.

Josh started the whole operation by creating his virtual avatar, looking like Keanu Reeves, only with some "imperfections". Then he jumped into the world of Sims and started playing. Youtuber quickly noticed that the door can be set so that it is open to only one person. That's what gave him the idea of imprisoning his entire neighborhood in one place. It took him a few hours, but eventually he managed to lock about 200 people in the house he built and keep them isolated until they got old. And what was Keanu's evil brother doing at the time? He streamed and painted one of his prisoners, named Rusty, making himself a millionaire.

Is this a creative method for torturing Sims? Admittedly, yes. Is that the weirdest thing you can do in The Sims 4? Unlikely. We will probably hear about even more peculiar ways to have fun in this installment of the iconic life simulator series from Maxis. 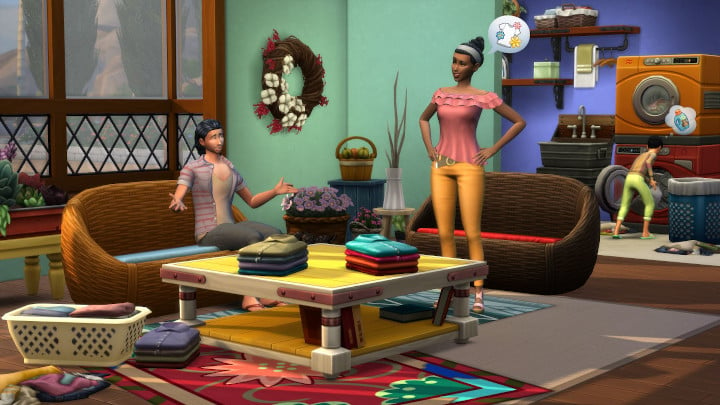 The Sims 4 gives a lot of room for experimentation.

If you liked such an unusual approach to fun and Josh's slightly black humour, you will find more such films on Let's Game It Out channel. Youtuber is involved in building zoos that contradict all rules of safety and common sense in Planet Zoo, building a hospital that doesn't treat anyone, in Two Point Hospital, or running a peculiar tavern in Crossroads Inn. Through his videos, he proves how many possibilities, even not fully anticipated by the creators, can be offered by different productions.