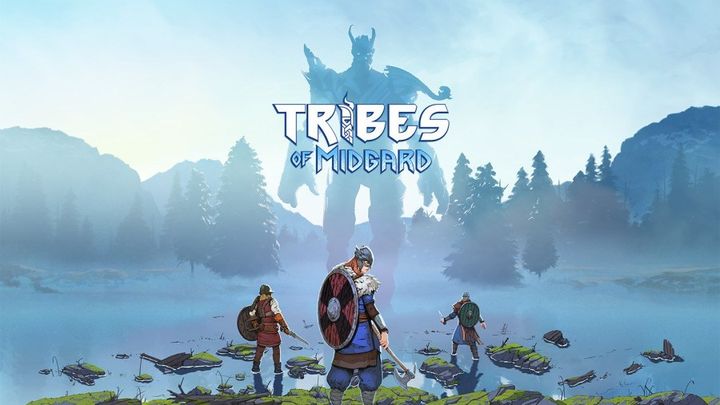 In Tribes of Midgard, we will defend our home from the giants.

Developer Norsfell Games and publisher of Gearbox Publishing have announced Tribes of Midgard - a co-operative action adventure game in which we will play as Vikings defending their home from giants during Ragnarok (the end of the world in Nordic mythology). The game will launch in 2021 and will be available on PCs (Steam) and PS5. The developers also shared a trailer of the game.

We will play in the company of up to nine other people (although nothing will prevent us from facing the giants alone). The key role will be played by the crafting system - players will be able to find a variety of materials to fortify their village or craft powerful equipment. Below are a few sentences from the game's description provided by the publisher.

"Tribes of Midgard is an upcoming game in which players will have to thrive in the wilderness and become a Viking legend in order to defend their village against enemy forces during Ragnarök.

Set in a world full of dark creatures, hidden treasures and abundant materials to be uncovered, you play as a Viking clan living in a village that houses the Seed of Yggdrasil; a seed that holds the promise of everlasting life.

With the Gods nowhere to be found, you and your tribe will need to explore the wilderness to craft new weapons and be prepared to protect the sacred centre of your village from the grim shadows that prey upon its power. Together, you will seek out approaching Giants and stop them from destroying your home," we read.

Control Will be Released on PS5 and Xbox Series X