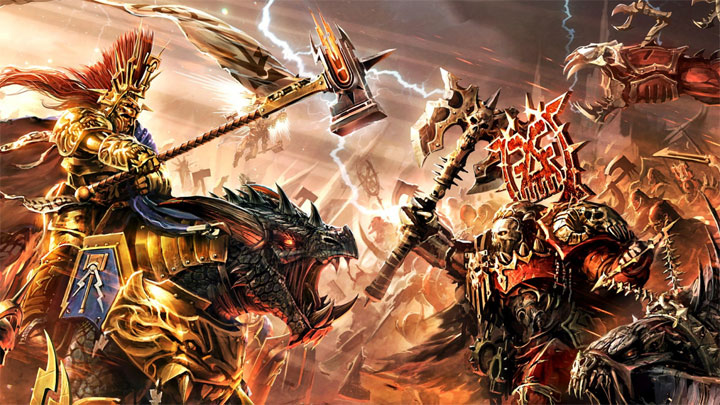 The new RTS will be based on the Warhammer Age of Sigmar tabletop battle game, which replaced the Warhammer Fantasy Battle.
Frontier Developments' plans for the coming years :

We found out what Frontier Developments, the team known from such games as Elite: Dangerous, Planet Coaster, Jurassic World Evolution or Planet Zoo, is currently working on. It turns out that the team is developing an RTS under license of Warhammer Age of Sigmar, the latest incarnation of a series of tabletop battle games by Games Workshop.

We learned about the existence of the game from a press release announcing the signing of the license agreement. We know little about the game itself so far. It is known that it is heading for PCs, consoles and streaming platforms, and the release is scheduled for the fiscal year 2023, which means that the project is to launch before May 31, 2023.

The fact that we will wait almost three more years for the project means that it must be in the early stages of development. It will probably take a long time before the game is officially announced and we will see the first graphic materials.

The note also contains information about other planned games of the team. Also by 31 March 2022, a racing manager game is to be released, enabling us to take control of a Formula 1 team. A year later its sequel will be released.

Shorter-term plans include the port of Planet Coaster on Xbox One and PlayStation 4, and a large paid expansion for Elite: Dangerous. Both projects are expected to be released by 31 March, next year.