World of Warcraft: Dragonflight will debut today. Players have already had the opportunity to check out the new race and its starting location. However, it is only with the release of the expansion that they will be able to take their Dracthyrs to all locations in Azeroth, including brand new locations in the Dragon Islands. 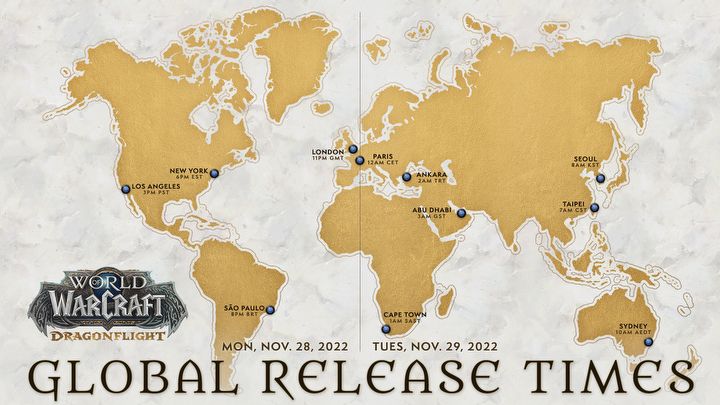 The expansion will also introduce changes to the talent system (according to the developers, the biggest since the release of the original WoW) and in the game interface, as well as adding more options related to accessibility. In addition, as usual, the new location will bring missions, mobs, raids and the rest of the content typical of World of Warcraft expansions. More details can be found on the game's official website.

In addition to news and articles, Blizzard has also released a survival guide for WoW: Dragonflight, this time prepared together with the game's community. Hazelnuttygames, Naguura and Cdew give us a closer look at the Dragon Islands storyline, but also discuss the most important changes in the expansion. You can watch the video below.

Of course, the players themselves are also preparing for the release of the new expansion. First of all, they spend (numerous) currencies from Shadowlands (some of which will disappear from the game after the release of Dragonflight) and make room for quests and items, as well as plan their choice of profession. Youtuber Dratnos has even prepared a sheet for players who want to bring some order to their preparations.

Finally, it is worth reminding the expansion's system requirements and mention that the official soundtrack of World of Warcraft: Dragonflight is already available. For now, you can listen to the album (which consists of 22 tracks) on Spotify and Apple Music.