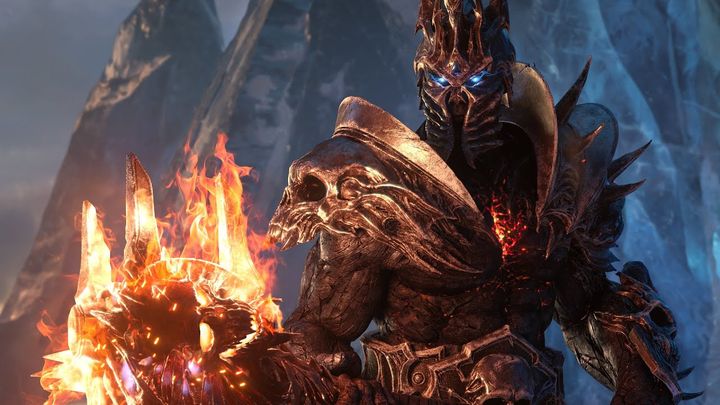 Last week, Blizzard Entertainment announced another expansion to the famous MMO World of Warcraft, entitled Shadowlands. In an interview for Kotaku, the devs of the expansion - executive producer John Hight and senior designer Johnny Cash - admitted that the success of WoW Classic, the old-school version of World of Warcraft released again in August this year, will have an impact on the shape of some solutions. Developers pay particular attention to the way in which old WoW encourages players to cooperate and interact with each other.

Its been informative seeing how well people play together, even in the face oftheres no rules. You can just get in front of everyone, click on the box, and run away. And yet you see this queue forming because everyone is being polite with each other. That social systemIm going to help you out if you help me outthats resonant in Classic has shown us that you dont have to beat people over the head to get them to understand things. Its best when they talk to each other and help each other out. A little bit of complexity is OK, a little bit of friction is OK as long as you have a good social system to support that, argued Hight.

Another inspiration drawn from WoW Classic is the way in which the skills of individual classes and the game world were designed in the past. On the first point, Johnny Cash thinks there's nothing wrong with the fact that some abilities are just interesting talents that won't necessarily can be used in the fight against powerful bosses in the toughest raids. As long as they are fun for the players, they should be in the game. For example, Eyes of the Beast allows Hunter to temporarily take on the role of a companion animal and look around, or to create funny situations with friends.

As a designer, Im really inspired by peoples love for the world in Classic. You know, stopping to smell the roses and really enjoying these huge swathes of abilities that, especially in the tuning of the day, arent necessarily especially useful. But theyre cool and satisfying. So when were looking at class design and zone design for Shadowlands, were asking ourselves, What can we do to bring back some of the flavor that we really like about that?, noticed Cash.

As for locations, the old WoW reminded developers that freedom has its price - allowing players to explore maps in any order (as was the case with the latest expansion, Legion and Battle For Azeroth), damages the the sense of danger that accompanies us when we encounter an enemy stronger than us. Johnny Cash hopes that one of the maps of the new add-on, Maw, will evoke similar emotions and challenge players.

A great example of that [WoW Classic] influence and where were taking it is the Maw, especially the outdoor area. Its an unforgiving place where there are a lot of mobs with really nasty abilities and combinations of mechanics. Theres no safe haven. Theres not a hub. Youre not binding your Hearthstone there. Theres not flight points. Its a place where youre gonna dip in and see how long you can last," Cash describes.

Witcher Coins; Sapkowski's Cooperation With The Mint of Gdansk