World of Warcraft Classic is a special variant of the MMORPG called World of Warcraft, which aims to restore the world presented and the mechanics to the version from the first years of the production. The game takes place on separate and dedicated servers, and the whole thing is based on the code version 1.2, released in 2006 in the patch Drums of War. Behind the development of WoW Classic are the authors of the original, i.e. Blizzard Entertainment. The title requires payment of a subscription fee.

World of Warcraft Classic takes place a few years after the events presented in Warcraft III: Reign of Chaos and The Frozen Throne add-on. Azeroth is still struggling with problems - apart from internal conflicts, its inhabitants are threatened by numerous external dangers. In these troubled times, two mutually fighting parties were formed: Alliance (created by people, dwarves, gnomes and night elves) and Horde (consisting of orcs, taurens, trolls and undead). In the course of the game, we must take sides in the conflict.

The gameplay in World of Warcraft Classic starts with the creation of the character, which includes the choice of race and gender, as well as adjusting its appearance to individual preferences. Besides, the authors allow us to choose our professions; we can lead a warrior, a magician, a shaman, a battle wizard, a druid, a hunter, a paladin, a rogue or a priest into battle.

Watching the action from a Third Person Perspective (TPP), we travel through a vast world made up of various lands, such as Kalimdor, Khaz Modan, Lordaeron, Northrend, Stranglethorn and Quel'Thalas. They were differentiated not only in terms of the landscapes, but also in terms of the adventures waiting for us, the creatures inhabiting them and the opponents to be slaughtered. The latter include harpies, gnolls, trolls, golems, skeletons, overgrown spiders and basilisks.

As we progress, we develop our combat heroes by gaining experience points, upgrading to new levels and learning new combat skills. In addition, we increase the hero's potential by acquiring more and more powerful equipment, which we find, buy or manufacture on the basis of the acquired raw materials. Although there is nothing to stop you from indulging in solo warfare, it is much better to form a team with several other players or join a guild (or create one of your own). The company is useful not only during clashes with opponents, but also during tasks pushing the plot forward or during raids, in which up to forty people can take part at the same time.

World of Warcraft Classic allows you to have fun based on the principles of PvE, as well as duels with other players (PvP).

The creation of World of Warcraft Classic was a challenge for Blizzard Entertainment. Therefore, the development of the game was divided into six phases. While in the first one we received such locations as Molten Core and Onyxia's Lair, in the second one the creators gave us the city of Dire Maul and two raids (Kazzak and Azuregos), and in the third one - the activities consisting of Darkmoon Faire and Blackwing zone. The fourth phase consisted of Zul'Gurub raid and the introduction of green dragons, while the fifth phase brought new raids (after Ahn'Qiraj started its warfare). The last element of the puzzle is the sixth phase, in which the flying Naxxramas necropolis and Scourge Invasion event were brought in. 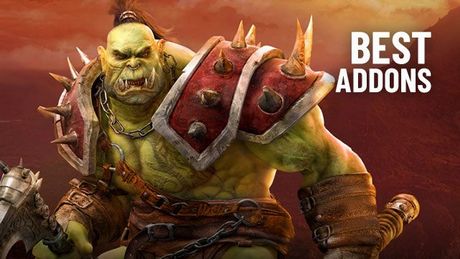 The Best Addons to World of Warcraft Classic

The premiere of World of Warcraft Classic was a success, as evidenced by the queues to servers. However, you will soon find out that Classic isn't perfect. These 10 mandatory addons will help you enter the brutal world of Blizzard from 15 years ago.

WoW: Classic launch is approaching fast. A few days ago, Blizzard launched an entire forum where users will be able to find their friends they played with in 2004. But the there's more.

Blizzard Entertainment has announced schedule of pre-release tests of World of Warcraft Classic. The final hardware requirements have also been revealed.

Many participants in the World of Warcraft Classic Closed Beta seem to be unable to distinguish between bugs and properly functioning elements of the game. For this reason, Blizzard Entertainment has prepared a list of the most frequently reported bugs, which are not really bugs.

Blizzard Entertainment has announced the release date of World of Warcraft Classic. We also got to know the beta test dates of the project.

The team at Blizzard Entertainment shared the post-release support plans for World of Warcraft Classic, the remake of the very first WoW. The game's roadmap presents six phases, each introducing new challenges.

The launch of World of Warcraft: Classic is fast approaching. The developers regularly run load tests on servers to test their capacity. During one of such attempts, a player decided to count the chairs in the WoW world and see if there are as many as in the original title from 2004.

The launch of World of Warcraft: Classic is fast approaching. The game is already enjoying great interest. Therefore, Blizzard warns against the massive queues that are waiting for the most popular servers.

In a few hours World of Warcraft Classic will launch. The developers informed that in comparison to the trial version, the number of characters available per on one account will be significantly increased.