World of Warcraft: Battle for Azeroth is the seventh expansion to the classic MMORPG called World of Warcraft that was released back in 2004. The expansion, officially announced during the 2017's BlizzCon, was developed by Blizzard Entertainment.

Azeroth paid a huge price for the destructive crusade organized by the Burning Legion that was featured in the previous expansion. Now, when the world is slowly recovering, the growing lack of trust between the Alliance and the Horde poses a new threat that yet again fires up the hostility between the two factions. One of the sources of this conflict is the access to a new magical mineral - Azerite. During the game, players can witness tragic events leading to another territorial war, fronts, and alliances that will decide the fate of all Azeroth.

World of Warcraft: Battle of Azeroth focuses mainly on the rivalry between the two most important factions in Azeroth - the Alliance and the Horde. This expansion introduces two new continents divided into several islands. The first continent is Kul Tiras, where the members of the Alliance are looking for new allies to fight with the Horde. It is a kingdom of brave sailors and the house of Jaina Proudmore. The player can encounter dangerous pirates and mages wielding dark magic. On the other hand, in search for new allies, the members of the Horde go to Zandalar. It is a territory of an ancient Empire covered with dense tropical forests inhabited by trolls, dinosaurs and other magical creatures. Both continents offer new dungeons, raids, a number of quests, and previously unseen opponents.

In World of Warcraft: Battle for Azeroth players' characters can count on increasing the level cap (from 11 to 120). During the game, one can recruit a total of eight new playable neutral races - four per Horde and four per Alliance. All players starting the Battle for Azeroth campaign receive a special artifact introduced by this expansion. It is an enchanted necklace that utilizes the potential of the mysterious Azerite mineral.

The expansion described herein offers also two new game modes. The first one called Island expeditions allows groups of three players to explore the uncharted islands and fight random creatures and threats in return for precious treasures and pieces of equipment. The second mode, called Warfront, allows teams of twenty players to take control of locations that have strategic significance to a given faction. Also, the PvP mode has undergone significant modifications. 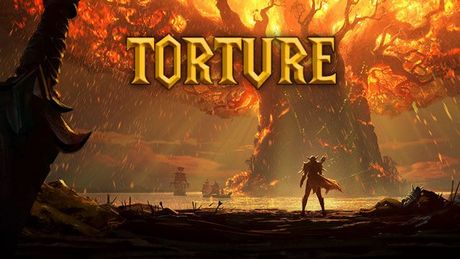 World of Warcraft is now subscription-only, period. But while you no longer need the base game to enjoy WoW and 6 of its expansions, some say that nothing really changed.

Millions of players enjoy World of Warcraft everyday, but thanks to WeakAuras we now know how many of them do this, exactly. Or at least that's what we're supposed to believe.

New Promo Cinematic for World of Warcraft: Battle for Azeroth

From now on you can enjoy the biggest update to World of Warcraft so far. The Rise of Azshara has just entered the servers. A new raid and megadungeon will appear in the game on July 10.

World of Warcraft players are still fighting for the title of the first one to defeat queen Azshara in Mythic mode. The new boss turned out to be a big challenge, but WoW's leading guilds are not happy about that.

The European guild Method after 12 days of constant battle (and Blizzard nerfing the boss a bit) has finally defeated Queen Azshara on Mythic difficulty. The players have thus proven themselves to be one of the best teams in WoW.

In the latest WoW update, players have the opportunity to learn more about the history of the Horde and the Aliance in new story quests. There is also a new cinematic and several endings of the events presented in patch 8.2.5. Caution: message contains spoilers.

Blizzard presented Visions of N'zoth, another update for World of Warcraft. Patch 8.3 will introduce new races, improved auction house and many attractions related to the eponymous Old God.

A fragment of image showing World of Warcraft gadgets, which will be available for purchase on this year's BlizzCon, has appeared on the web. They indicate that the new expansion to the popular MMO will be called Shadowlands and will take us to the land of the dead.