Nacon (formerly known as Bigben Interactive) has announced WRC 9. The game, which is being developed by Kylotonn, will debut on September 3 on PC (Epic Games Store), PlayStation 4 and Xbox One. In addition, "at a later date" the title is also to be released on Nintendo Switch, as well as on Xbox Series X and PlayStation 5. However, this is not the end of the story, as the publisher has extended the contract with WRC Promoter, which is in charge of the commercial aspect of the FIA World Rally Championship, until 2022. As a result, we've already found out that the WRC series will also see its tenth and eleventh installment.

As far as WRC 9 is concerned, Nacon has shared some details about the content of this project, but before we go on to discuss them, let's have a look at the first trailer.

Let's start with the fact that the pillar of WRC 9 will once again be an extensive career mode, which is to draw in spade from what the devs have prepared for the eighth installment. However, the whole thing will be more closely linked to the real World Rally Championship, and the list of improvements begins with events, greater opportunities for our team's development and quite enigmatic 'improved gameplay mechanics'.

The list of available rallies will include three new positions, i.e. the Safari Rally, during which we will be facing the ubiquitous sand, the Rally of Japan, full of sharp bends and asphalt roads, and the Rally of New Zealand, which will be held in exceptionally picturesque natural landscape. In addition, there will be two other rallies in the game, which will be appropriately tweaked for this production.

But what would it be like to compete in the field without proper cars? WRC 9 will offer fifty official teams from WRC, WRC 2, WRC 3 and Junior WRC classes. In addition, the devs will provide us with fifteen bonus vehicles that have made their mark on the history of World Rally Championship. It is also worth mentioning that the creators worked on the driving model, which is supposed to reflect in a realistic way the aspects related to the work of suspension, braking and weight transfer, resulting in appropriate behavior of individual cars on different types of ground and in different conditions. Engine lovers should also be satisfied, as the authors reportedly devoted special attention to sound. 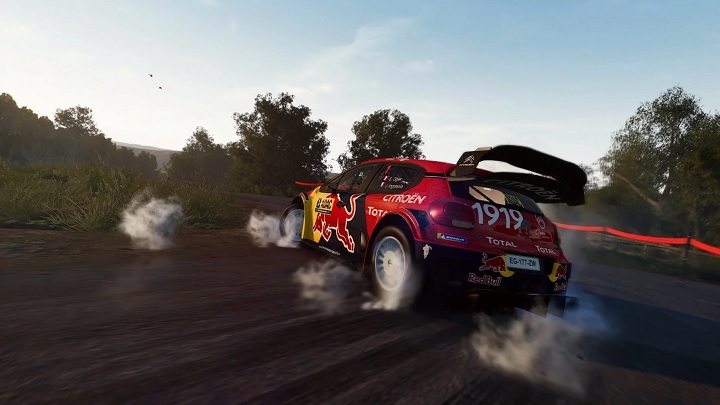