2K Games and developer Firaxis Games released a 10 minute long XCOM 2 gameplay footage. The video sheds some light on the games various elements, including: HQ management, unit appearance addjustments, weapon modifications, world map etc. If youre among the people impatiently awating the games release, this video is a must see. To be honest, the footage isnt new  it was previously shown on the 2015 gamescom, but this time, you can watch it in high quality and without the commentary from Garth DeAngelis  senior producer at Firaxis Games. Just to remind you, you wont have to wait too long to take XCOM 2 for a spin  the game is set for PC release in November this year. 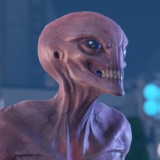 XCOM 2 is the latest installment in the famous turn-based tactical franchise. The game is a direct sequel to the 2012 XCOM: Enemy Unknown, plot is set 20 years after the events depicted in the prequel  the aliens may have taken over the Earth but that doesnt mean the Earthlings are more willing to surrender. The XCOM Organization is trying to take back the Earth, but with its resources reduced as they are, guerilla tactics remain the only viable option of organized resistance against the invaders.

The gameplay mechanics is expected to be left without any major changes. This means the players duties will include commanding troops in turn-based combat and base management, as presented on the footage released today.