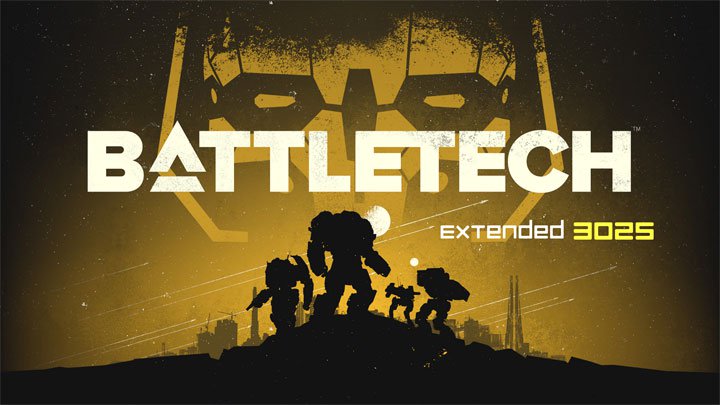 Battletech Extended 3025 is a mod for BattleTech, created by Haree78.

An unofficial expansion to the BATTLETECH game based on 3025 lore that includes tons of additional 'Mechs, vehicles, variants, lore distinct factions using lore correct lances, more varied shops, and all while preserving vanilla balance and gameplay.

Commander's Edition is all of that and more, entirely new refined gameplay and gameplay layers

by Haree78, Justin Kase (see credits for other contributors!)

Adds a ton of 'Mechs, vehicles, and variants that are all 3025 lore compliant. All factions, and their shops, will use 'Mechs and vehicles based on what they should be using -- most of the time they will use stuff that is common to them, but with chances of rarer 'Mechs and Vees, or other factions gear based on the likelihood within the lore. This rarity is done extensively using the 3028 random assignment tables for BattleTech.

This is meant to be an expansion to the vanilla game, adding large amounts of variety and some surprises, but without changing the balance or gameplay unless to further the 3025 flavour.

Commander's Edition can be played in Campaign mode by applying the relevant patch found under optional files in the Files section.

Difficulty moved away from start, more to end game

Similar difficulty to Extended 3025 but with higher skill ceiling

During campaign start you can select what faction to draw your mechs from. The Periphery choice will have less rare variants in the pool to draw from. The Established Company choice is for if you prefer the easy start that pretty much skips the light stage that Harebrained Schemes has.

In Commander Edition this feature is tied in with your starting position on the Inner Sphere map.

Press F1/F2 in the starmap to see different overlays. Ctrl-F will search for different tags. Escape to exit map mode or search and you can use Shift-click to route through different systems.

Spin your mechs in the mech bay ;)

Press Ctrl-R on the star map to see the Galaxy at War faction details.

Elite enemy pilots are still random but are much more biased to be appropriate for the mech and lance role in Hard Mode.

Simulation has all the settings of hard mode, some harsher settings for some values, and harsher versions of Pilot Fatigue and Drop Salvage.

Pilots suffer from various panic states based on the damage they take and other natural factors. When panicked they have a chance to eject, this is the same for your pilots as the enemies.

Melee to hit values are lower, countered by mech quirks on certain mechs.

Salvage is based on the amount of the 'Mech left rather than flat max pieces if the pilot is incapped., and 2 for a legged mech.

Hover over mechs to see the Mech Quirks, in the Mech Lab hover over the Stock Role to see the quirks as you build.

Hover over pilots to see the Pilot Quirks and favourite Mech.

The Commander provides 2 resolve if in the lance, the same as pilots with the Officer quirk. This does not stack, but keeping Officers as stand ins for your Commander is a good idea.

Pilot Fatigue occurs after a mission, dependant on how damaged their Mech was. You can still take Fatigued pilots on missions, you will get lower resolve and they will be in low spirits for 14 days. Pilots are cheaper to maintain though so stock up! Fatigue time is reduced by higher Guts, certain quirks and Med Tek value.

Gunnery and Piloting provide a 2% bonus to hit, rather than 2.5%.

Everything that isn't using the bulwark buff, including bulwark pilots that are not using a guarded state are harder to hit. Bulwark pilots are the same as they were without Commander's Edition but everything else is slightly more in line.

Tier 2 piloting skill is now Evasive Expert, a chance to keep evasion when fired upon. The amount of pips that this will start to kick in with is higher the faster the mech is. Using Jump Jets increases your kept minimum by 1 for that turn.

AC2s have no refire penalty.

Flamers have no ammo but now do some of their heat damage over two turns. They apply the same heat as before but not as quickly.

Improved LRMs do not have stability increases, and indirect fire is slightly less accurate.

Training pods can provide the ability to retrain a pilot one time ever per pilot.

Each Mech Bay provides a new bay that repairs at the same time. Automation upgrades improve the effectiveness of the extra bays.

The Machine Shop provides the ability to combine variants of the same Chassis that have the same engine and internals type.

Maintenance costs reduced in early upgrades, but are higher for later upgrades.

Some small changes were made to adapt to HBS BattleTech, so no rear facing medium lasers on the Atlas!

Factions/Houses are far more distinct from one another

There is a lot more to discover in these phases!

No radical changes to the gameplay that you already like!

Hardpoints of new 'Mechs and variants should be balanced around vanilla

Does not require a new save game, though making one is recommended for the full experience! (Commander's Edition requires a new save)

Recommended that you start with a fresh "Mods" folder including deleting .modtek folder

The 3025 specific single-folder/no-installer version is required

Drop all folders from the BattleTech Extended 3025 zip file into the Mods folder.

After installation your mod directory should resemble this but with more directories. .modtek should be deleted, and SkipIntro/temp directories can be ignored if you don't have them. If you used the installation file from the Community Asset bundle rather than the zip you will also have a ton of mech based directories like "Colo-ArcticWolf", this is an incorrect installation and likely to cause you issues.

Note the single folder for CommunityAssetBundle.

If your directory is different and you have unexpected problems then you need to start the installation process again, trying to fix your directories to look like this wont fix your issues!

Here is a video example of how to install generously created by Edmon. One addendum would be that it is super easy to use your save and uninstall Extended 3025, just sell all Extended based mechs and salvage, then sell any command consoles, you can now safely delete Extended content from your mods directory and carry on with your save as a vanilla save.

Commander's Edition requires it's own save game, old save games wont work.

95% of all installation issues can be solved by verifying files in Steam and deleting your \mods\.modtek\ folder.

Some 'Mechs appear the wrong size in the 'Mech bay, their inclusion outweighs the down side of this, trust me -- hopefully this can be fixed in the future

Very minor UI issues rarely in the 'Mech bay, sometimes if you have only 1 of an item dragging it to a mech section it will disappear. Don't be concerned, it is still attached to your mouse cursor, drop it where you want it.

Battletech has a general memory leak, yay Unity Engine! Because of the extra RAM required by the mod it is recommended you close Google Chrome and other unneeded apps before play. Even if you need Chrome open, close it because Chrome noms memory with your browsing history, and restarting is the only way to clear it. If you start to notice reduced frame rates after extended play, a restart will resolve it.

Many people contributed to the making of this mod. Thank you!

Incredible beta testing help from Cap'n Morgan, thank you, you have been essential!

In no particular order,

See the CAB page for contributors

Mechs and variants appearing based on the date (already happening, this will be expanded)

Additional contracts/Flashpoints based on the timeline