Some RPGs just don't get old. Despite the passage of years, Chrono Trigger on SNES still remains a devilishly playable game (and that it also got a PC port, that's another matter). The simple graphic design seems to prevent the rapid devaluation of a given production in the long run. Nevertheless, KotORs, for example, managed to survive two decades without compromising on quality – this is definitely a series that players accustomed to games created after 2015 should try.

This date is significant for the genre as the year of the release of The Witcher 3. The Wild Hunt was incredibly successful, remaining a model game both in terms of gameplay and aesthetically. It's prequels have clearly aged, which isn't surprising, considering that the original game's budget was around modest $5M. There will be time for remaking The Witcher 1.

Some revolutionary works of their time have become downright unplayable by now. The necessity to collect and equip each item after a party member loses consciousness or life (as in Torment ), blocking the possibility of completing the game after choosing the wrong dialogue line (Septerra) or the lack of a map are just some of the gameplay quirks of the yore. Of course, two or three decades ago it was impossible to predict in what direction the genre would evolve, but some solutions have stood the test of time better than others.

In the case of some games, there's pretty much nothing left – each element seem weak, making a remake quite pointless. But if at least one part of a game remains outstanding, why not give players a chance to get to know the new edition of, say, a sensational story? 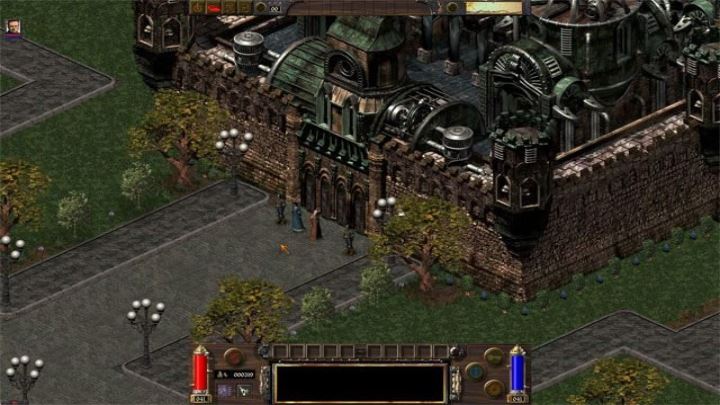 By 2005, when the Troika studio dissolved, Arcanum had sold 234,000 copies. This translated into approximately $8 million in profit. Unfortunately, this improved the condition of the creators for only a few years. The long-awaited sequel was never released, neither was the extended edition of the game. You will not even find the official Arcanum soundtrack on Spotify, though it used to please thousands of players around the world years ago.

It's a pity for these unused opportunities, especially since Arcanum stood out even from the thriving competition at the time. The steampunk world attracted attention; magic functioned alongside technology, and fantastic races donned suits and joined the ranks of workers in industrial cities. The creators intertwine the magnificence and artistry of the setting with perfectly shown class inequalities and the grime of factory streets.

The very idea for gameplay also deserves praise – the authors allowed players to freely switch between turn-based, and real-time combat. This may not seem like a breakthrough today, but in 2001 it was evidence of the developers' immense courage. In addition, the system allowed for promotion to the 60th level. Today, unfortunately, Arcanum isn't that easy to play – low resolution, poorly readable interface and never-fixed bugs may be very discouraging. May 18×16 svgOf Steamworks and Magick Obscura finally get the remake it deserves!