High-budget, modern computer games are, quoting Ubisoft, "designed, developed, and produced by multicultural teams of various faiths and beliefs, sexual orientations and gender identities." Theyre the result of efforts of hundreds of programmers, artists, designers, screenwriters and many other agents. Because of this, celebrities among game developers are few and far between  there are few single visionaries, whose names guarantee big hype and unorthodox ideas.

Years ago, when video games were produced on smaller scale, we did have some of those people around. Sid Meier, Peter Molyneux, Tim Schafer, Cliff Bleszinski, John Romero, Yu Suzuki, Shinji Mikami, or Warren Spector. None of these developers, however, is really around anymore for various reasons, and finding their successors isn't easy. But there's one singular, creative mind that isn't going away. Quite the contrary  he seems to be shining brighter than ever before. Even in spite of scandals, controversies, and the demise of his flagship series. With every obstacle he encounters, he seems to become even more determined.

We're obviously speaking of none other than Hideo Kojima. An unfulfilled filmmaker who didn't make it into the motion-picture industry, and who incorporated movie techniques into computer games long before the concepts of "cinematic" or "narration-driven" games were even conceived by the media. A designer who knows how to combine anti-war messages, thick conspiracies, cardboard boxes, and diarrhea jokes in a way that left nearly all players in awe. The developer, who got his own trailer at Gamescom:

He was a good guy, always said good morning.

Hideo Kojima was born in 1963 in Tokyo. He was the youngest of three siblings and spent four years in the Japanese capital, after which the whole family moved to Osaka. Since he was a kid, Kojima was exposed to peculiar, psychological "tormenting" that have influenced his life.

The boy's family had a habit of watching movies in the evenings. They had a strict rule: young Hideo couldn't go to bed until the film ended. And these weren't cartoons or anime  he watched westerns, horrors, dramas, and his parents didn't worry about him witnessing sex or brutality on the screen. These experiences, aggravated by chronic lack of sleep, most likely led the young man to developing a sort of Stockholm syndrome, turning him into a great aficionado of cinema. 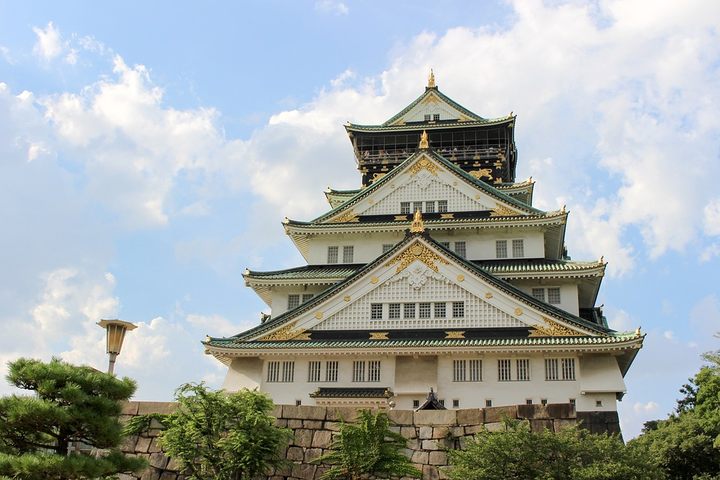 Kojima spent most of his childhood in Osaka. Not in the castle visible in the photo.

As a teenager, Hideo was a distant kid  dreaming of a career as an artist, director, or cartoonist. But life didn't want to make things easy for him. When he was a teenager, his father died, and his family's financial situation deteriorated severely. Being aware that the professions of his dreams were unlikely to provide him a decent salary, and because of the pressure of society, favoring permanent employment over freelance work, the young Japanese finally decided to study Economics.

The safe and sensible choice of career did not, however, banish the artistic spirit from him. In his spare time, Kojima tried his hand at writing. However, after a few of his publications were refused by magazine editors, he switched to making videos with a friend, using a Video8 camera. It was still just a hobby.

During his studies, Kojima was confronted with a new medium  video games. He quickly realized the unlimited potential of the new industry. Fantasies of being a filmmaker have given way to new, equally powerful dreams about game development. But this time around, Kojima actually had a shot at fulfilling his vision.

Let's keep in mind that around that time, video games were not nearly as serious and big of a business as today. Developers didn't enjoy the opinion they do nowadays in Japan; their profession wasn't considered serious nor profitable. Kojima 's friends did not take his decision very well, and tried to change his mind. It even came to a point, where, as a best man at the wedding of a friend, he allegedly was presented to the guests by the groom with a rather unflattering line: "He's a very talented and otherwise likeable person. But I am sorry to say that, for some unknown reason, he has decided to join a video game company." 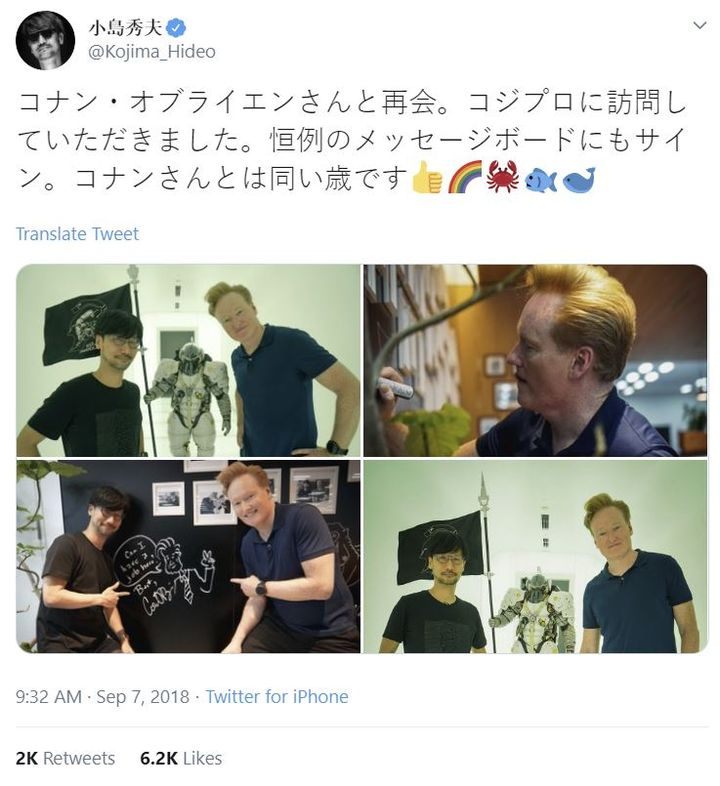 Hideo Kojima and Conan OBrien. How did the Japanese game designer become a phenomenon he is, not only in the gaming industry, but in pop culture in general?

Kojima decided he wouldn't give up on his dreams again. He received great support from his mother, who  contrary to the rest of people around him  did not try to discourage Hideo. After several unsuccessful attempts to get a foot in the industry, in 1986, twenty-year-old Hideo Kojima found a job as a designer at Konami.

We mentioned that Hideo's mother supported his ambitions, and in fact she did, but on a very intimate, personal level. After the release of Metal Gear Solid, i.e. when the press dubbed Kojima a visionary, and the players fell in love with the world he created, the 35-year-old designer discovered his mother had actually been hiding the fact he's making games from her friends, probably being ashamed that her son has such a poor job. Mrs. Kojima finally recognized she was wrong a good few years later, when her son was included in the "Who's Next" list from Newsweek  a list of 10 people to pay attention to in the year 2003.