Some would say that Star Wars pops up on them from behind every corner, including fridges and that putting even more of it on our plate would lead to indigestion. However, some of us still feel that more could have been done. There are still games that nobody has made and we would love to play them.

AN IDEA? AN IDEA ALONE MEANS NOTHING

If you talk to decision-makers in the industry, you'll probably find that the idea for the game is the cheapest part of the project. There is almost never a shortage of ideas, and what is really valuable is the ability to implement them and adapt them to the expectations of the audience. Now that this is out of the way, we invite you to share your own ideas in the comments.

I often get the impression that IP right owners are vaguely aware that Star Wars is popular, but they don't know why. Where does the magic of this universe actually come from? The lightsabers? The family ties? Just in case, the owners are careful with experiments. They just rearrange familiar blocks so as not to spoil the incomprehensible machinery of fan love. It's a shame, because if we were to get off this beaten path, maybe we could go somewhere interesting. Like where, you ask? 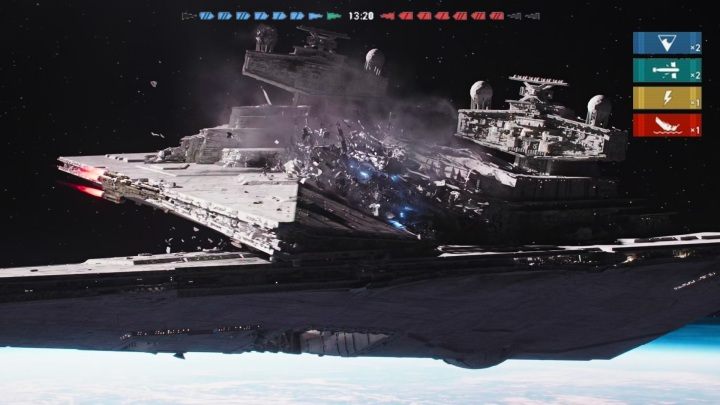 A decadea go, Minsk-based devs at Wargaming introduced a very interesting network game concept, in which each player takes their own vehicle to the battlefield. The same idea was reused later in naval edition and I'm sure it would work for Star Destroyers as well.

What I like about World of Warships is mostly the fact that each class of ships is played differently, but they all have to work together to succeed. The battles between the Empire and the Rebels could be similar in this respect, although of course the specificity of the universe would have to be taken into account. I imagine, for example, that UoS would focus more on fighter combat, flying as escort or attack and kamikaze runs.

And if I were in charge of the development team for such a game, I would instantly dismiss any suggestion that other ships could be rammed while entering hyperspace. It's stupid and unnecessary. No problem with traditional ramming, though.