This may be a bombshell, but the Internet cafes are still live and kicking. At least some of them: those that have expanded their businesses model or  keeping pace with market needs  have rebranded. And so some transitioned into print shops (which makes sense especially in college towns), and others have become places where you can play games. I worked in both. However, for obvious reasons, I will only discuss the gaming dins. Because who wants to read about binding documents? No one.

Of course, I could write that "I hired myself in a cafe to explore the minds of customers of this strange institution for two months," but the reality is more mundane  I spend an average of 32 hours a week to dodge starvation. Although it probably won't last long anymore, because when my boss reads this, chances are I'm fired and my colleagues will delete me on Facebook for violating their intimacy and peace... Not to mention the customers.

One way or another, I became very aware of how quaint an atmosphere that place has nurtured. I don't know if it's unique for this particular place  this is probably the only gaming cafe I've ever entered (as far as I can tell). The type of service, customers, location and any additional circumstances fostered certain singularities  in human form. They're quaint, unique, and sometimes surprising, unsettling, or just downright irritating. And this article will be about them.

Here are seven types of customers you can still meet in Internet cafes in the almost-twenties of the 21st century.

FOR THE SAKE OF ACCURACY

I'd also like to point out that I respect and sympathize (also empathize) with all persons and groups (except one  guess which one) described herein. So if you ever think that the ideas I present here are some narrow-minded, stereotypical nerd-talk of an addicted, intolerant, good-for-nothing, I have to emphasize: nothing in this text derives from ill-will, there's no malefic intentions  only a scholarly desire to share my observations. 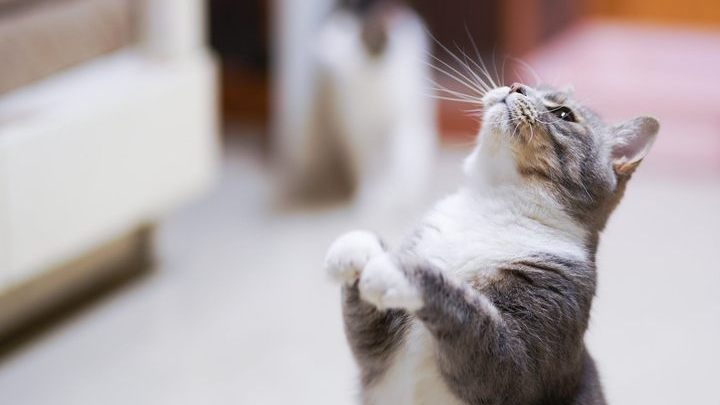 I promise I'll give it back!

I dare say that everyone who worked in a place like this, ran into that person at least once. Actually, they've probably encountered most groups I talk about here. In a similar form, more or less. My Wheeler is, by the way, a regular. He's the unquestionable leader  the rest of the tribe can but hold a candle to him. This is the real alpha male of this pack. The perfect specimen. How to identify them?

Personality traits? A whole palette of eternally artificial emotions: one minute, a broad smile like "Last time on credit, won't be a problem;" another, an indignation combined with laughter "Come on, I always pay up; I work nearby! I'll give it back on Monday! I promise!" Constant breaching of contracts and lies. "I know I owed you money last time, but when I put it on the counter you were not there! There was no money? Someone must have stolen it. You didn't leave the counter? Well, I don't know. Perpetual requests for favors, which benefit only one side (obviously not me): borrowing to not give back, using the phone, leaving stuff like it was baggage checkroom. "Do you have this thing? Do you have that thing? I don't need an hour, fifteen minutes and I'm gone."

Always plotting, covering logical loops with double-talk. Acts instinctively, not intelligently. In potentially problematic situations, bends the rules, rather than obeys them. And when the rules are bended, he bends the reality. Regardless of the consequences.

Wheeler-dealer just wants to survive. And if he or she makes a mistake and gets a lifetime ban  well, that's the risk. They move on. His mode of operation can be described as "an animal in a panic." Or  sometimes  "the end justifies the means."

They're loud, violating all social norms, coarse and vulgar. They don't shy away from substances and conflict. When pressed, however, they become meek. You can always tell when they come right after the paycheck. Proud, chest-pounding, combative and ready. Money-in-hand, seeking to pay for their friends. "You'll come in when you settle the debt," I say, and they always pay...

...spending the entire salary  and hence going a full circle.

IT COULD BE YOU

If you recognize these traits in your own personality, remember: the person behind the counter isn't dumb. They're deceptive; even if they figured you out, you won't be able to tell. Know that they know.