December has begun, and so the moment we've all been waiting for so long is finally right around the corner! We're looking the most-wanted game of 2020, and one of the most anticipated video games in history of the media. The final countdown preceding Cyberpunk 2077 release starts today, so get ready for the absolute avalanche of articles, news, gossip, and stories about the upcoming CP2077, the hottest game of this year. 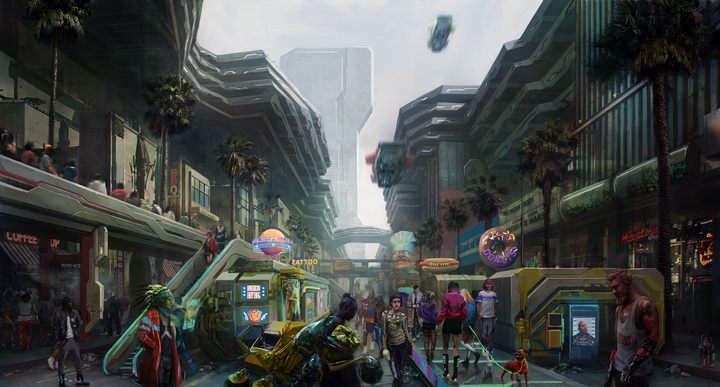 We'd love to be able to take a simple tour of the Cyberpunk universe, without all that shooting, missions, storytelling, but with an interesting, virtual guide instead.

And since the game itself technically doesn't exist yet for all we know; since all we can do is indulge in guesswork, then that's exactly what we're going to do today, pipe-dreaming about what else could we get in Cyberpunk 2077. What interesting solutions and mechanics that have recently appealed to us in a few other productions could also work in Night City?

We're of course taking a flight of fantasy, so take it all with a grain of salt  none of these has to be featured in Cyberpunk. Some of these, however, might be released later on as mods  provided the game will be as modable as The Witcher 3. One way or another, since the hype is so real, we're jumping on the train. Choo-choo, Samurai! What else does the perfect Cyberpunk 2077 need besides an engaging storyline, satisfying gameplay or interesting RPG mechanics?

The educational mode in the more recent games of the Assassin's Creed series is a fantastic thing. It gives us a tangible glimpse of the fascinating world, showing things that we usually could only read about in almanacs and other collectable texts. This allowed everyone to learn at least a few historical facts and tidbits about the times, in which these games were set. The solution turned out so good that it was even used by teachers during classes, which probably brought a new level of appeal to curricular activities.

Okay, but what kind of historical facts could Cyberpunk 2077 teach us? None  because this mode can be used for other things. The game is based on very concrete and extensive material, first released 30 years ago in the paper-back role-playing game Cyberpunk 2020 by Mike Pondsmith. Players are likely to be interested in the original after the adventure with CP2077, so a kind of guide to the world of Cyberpunk in the form of a tour of Night City, without missions, shooting and storyline, could be as interesting and welcome as the history lessons in AC. It's not anything crucial that the game needs since day one, but would certainly be nice to the devs taking full advantage of the setting.