The world in Battlefield 2042 is on the brink of destruction. Through climate change and the series of disasters it has inevitably entailed, humanity lost access to most of its resources. More than a billion refugees have become stateless people, reliant only on themselves and with no possibility of repatriation. As tensions between the great powers of this world reach tipping point, some of them join foreign armies to fight for their future  or rather: any future. A powerful, bleak vision that offers an explicit statement on the state of affairs in 2021. Unless it doesn't. EA DICE would very much hate for you to think that this game is political in any way.

It is definitely purely a multiplayer game for us. The reason we decided to go down this route is so we could create a narrative with this world that we could create through the eyes of the No-Pats. We wanted to get more spectacle in there, and more massive events happening. The setting fits that perfectly. It fits that scale, and it gives us reasons to go all over the world. [...] It's for gameplay reasons across the board.

Every time I read such words, I want to laugh and bash my head against the keyboard at the same time.

Is this statement surprising in any way? Not at all. Among AAA developers, or perhaps rather among publishers of these games, being apolitical has become the highest virtue. And without a shade of irony  I don't blame them. Revealing one's preferences and opinions nowadays exposes one to serious debate, dissatisfaction from customers, the need to defend one's position and values in a highly polarized discussion  which is all very inconvenient if you want to make heaps of money. The thing is, big companies want to eat the cake and still have it: they want to address universally important issues, without taking any particular stance. 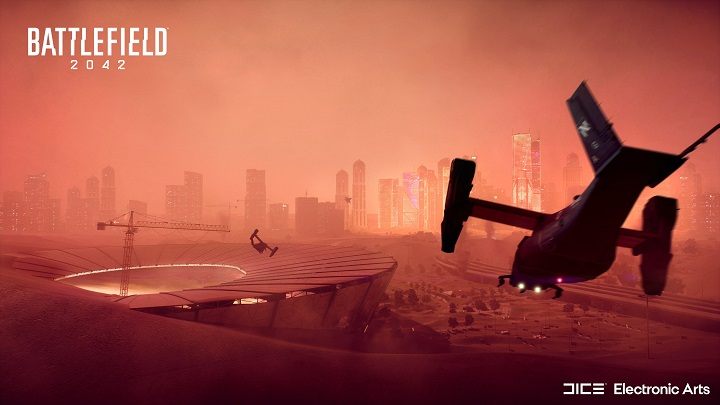 The planet is on fire, millions of climate refugees remain unrepresented in international law... But Battlefield 2042 is spectacular first.

Statements like that from Daniel Berlin are hardly new in the industry. Ubisoft has insisted on its "apolitical" nature for so long (in spite of making games about the war on drugs, crusades, corporate mass surveillance, or religious zealots) that Kotaku actually made a meme out of it. Talking about Call of Duty: Modern Warfare, the developers at Infinity Ward said that since their creation depicts no specific governments of specific countries, it's thus not political  and that the game talked about stuff like colonialism, occupation, and the responsibility of the world's super powers, and was largely inspired by the ongoing conflict in Syria, and was at least partially justifying morally questionable decisions during the war on terror? I guess these are just minor details. Now, EA DICE joins the ranks of developers trying to avoid making any statement, at all cost.

It should be noted here that in the case of Far Cry 6  a game about an armed revolt against an authoritarian government, whose developers were inspired by the stories of actual Cuban guerillas  after initially hiding behind the usual disclaimer, Ubisoft seems to have come to terms with how ridiculous it would sound in a game like that. In the latest interviews, the main writer of the upcoming FPS admitted that the production will address questions like the price of imperialism, the rise of fascist movements, or the need for free and fair elections. Politics, then, is not only integral to the narrative  it is the narrative  even if the game does not deal specifically with events in any particular country (which, again, it does, only candidly).

No comments in the face of disaster

Unsurprisingly, the Swedish studio is hesitant to take a firm stand on an issue, which is much harder to get wrong than problems like, say, nationalism. Climate change is real, and the sooner we all let that sink in the more chances we have of getting out of it alive  look at Austraila and California, check the records for temperatures in Siberia and the Arctic. It's dire. Negationism of this issue is driven primarily by think tanks funded by oil tycoons. I don't mean we need an educational mission that's about identifying specific legal and economic mechanisms that can stop the climate catastrophe. It would be enough to highlight the problem within the narrative, emphasize its origins, perhaps include a message encouraging bolder initiatives and taking action.

Anyways, I'd be surprised if the makers of Battlefield 2042 kept their word and delivered a truly "apolitical" portrayal of global climate change. Rather, I think Daniel Berlin is well aware that when you create a game with this kind of background, even a lack of commentary means taking sides in the debate. EA DICE just wants to keep up appearances and sell the game. Why is that? Because of players. Discussions about "politics in games" have recently become a real minefield, especially when they involve sexual minorities or discrimination. We've become too sensitive as audiences, in a bad way  we seem to want meaningful stories, but only if they don't puncture our own opinion bubble. Makers of high-budget games are well aware that any kind of controversy and backlash around a game can negatively impact the sales  hence the assurances of being apolitical. After Battlefield V, broadly criticized for being so politically correct, the Swedes would rather not risk another disappointment.

And that would be ok if they weren't making a game depicting what's already a dismal reality of so many people around the globe. No one sane is making a high-budget shooter set in Syria during a war and claiming it's just a backdrop for an uninvolved multiplayer shooter. If EA DICE wanted sandstorms, ice-capped seas, and tornadoes appearing out of nowhere, there are a hundred scenarios that will allow them to include these into their next Battlefield. Using climate change as just part of the spectacle is unpalatable and oh so trivial. Just as it seems unpalatable to make feisty refugee soldiers the lead figures at a time when already 20 million people every year become climate migrants. 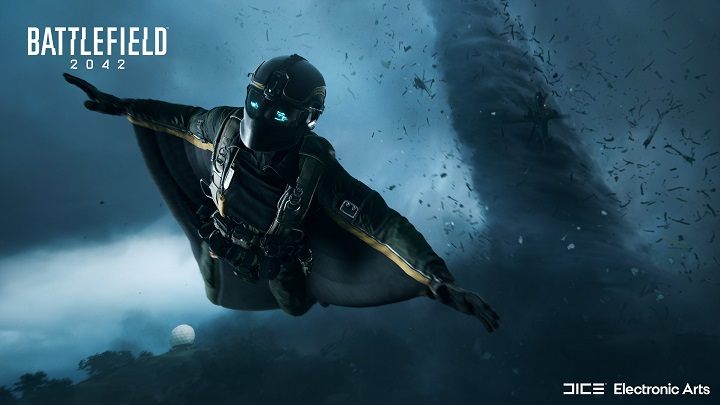 The medium needs to mature

The thing is, if Battlefield 2042 wanted to take a specific stance on the issue after all, it could be a an important, albeit unexpected voice. Art and entertainment are arguably inherently political, and if the Swedes said, "yes, our vision of climate change is not based on science, but climate change itself is a real challenge that already has humanitarian cost and will have an even greater one in the future"  it would be a small, but still commendable move in the right direction. The developers would have their tornadoes and desertified port cities, and we would pat them on the back for being responsible adults who talk about serious stuff in their games.

Addressing such pressing issues in interactive entertainment is not in any way tantamount to intrusive propaganda. There's no need, as in Wolfenstein 2, to squeeze politics into every minute of cut-scenes between shooting Nazis. BioShock, Metal Gear Solid, Fallout  these are all undeniably, and heavily political games, which at the same time shun pushy preachiness and as such, are all cult classics. No one ever expected or wanted Battlefield 2042 to be politicized. But in an age of societies sadly and increasingly divided along fundamental issues, many of us treat games as an asylum, a safe space where any engagement in debate is seen as disrespectful. However, this approach condemns the entire medium to nauseating stagnation. If video games are indeed supposed to be artifacts of culture, there's no escaping touchy subjects. 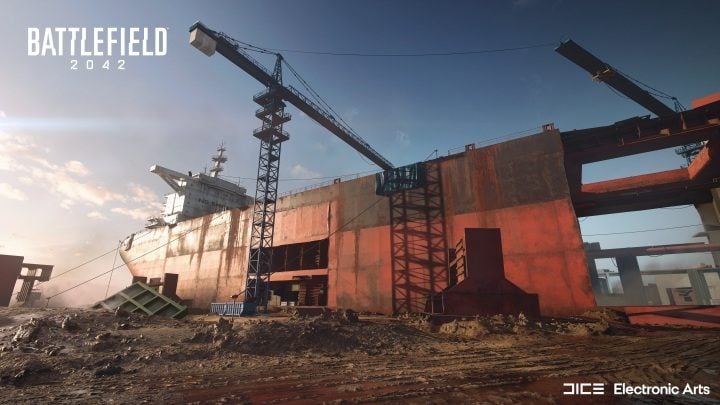 After seeing the first snippets of gameplay, I at least have to admit that one of the greatest threats of our lifetime does indeed provide some epic maps.

And if EA DICE wants to remain apolitical at all cost, there's an easy way to do that: don't involve political issues in your games. You see, when id Software makes Doom Eternal, in which I shoot demons loaded like a pinata with health, armor, and ammo drops, I don't want to listen to the main character's tirades about constitutionality of the Gun Access Act during a hellish invasion  because hellish invasions isn't something I ponder over every day. There's a time and a place for politics in games, and if developers don't want to enter the discussion, they have tremendous leeway to choose narratives where that sort of engagement is not expected. Unluckily for the Swedish studio, when it comes to authentic problems that affect millions of people around the world, not taking a stand is also taking a stand. And, to everyone at EA DICE, I don't mean to scare you, but taking no stand is indeed siding with the same sort of people, for whom a severe winter in Texas proves global warming is a hoax  the idiots.