There's actually quite a lot of golf games available. Some approach this sport in a realistic way. Others prefer a more creative approach, using golf as just the starting point for something crazier. Golf is also a kind of sport that can be played both solo and competitively ones, with more players. It's similar with its virtual counterparts. There's certainly no lack of diversity, as the list below proves. Here are the top 10 golf games. 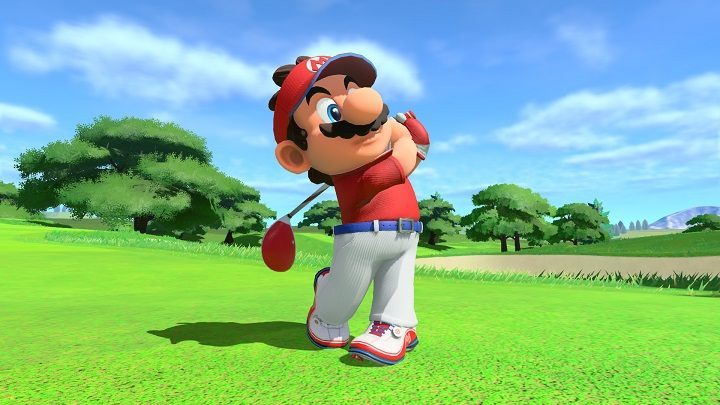 Mario is not just a plumber. He is also an avid golfer. Just like the rest of the characters from this cult series. And this has been going on for a few good years – the beginnings of the series date back to 1999, when the first edition appeared on the Nintendo 64 (although it wasn't the first time that our mustachioed favorite played golf). Since then, subsequent editions have been highly appreciated and always provided entertainment to fans from all over the world.

It's no different with Mario Golf: Super Rush, even if it was received a bit more coldly than its predecessors. It's especially worth trying Speed Golf and Battle Golf modes, which differ from what typical gameplay usually consists of. In the first of them, we participate in a race to the last hole, and in the latter, we eliminate opponents. Both of these modes are great for playing with friends. Alone, you can also spend a few pleasant hours in The Golf Adventure mode. 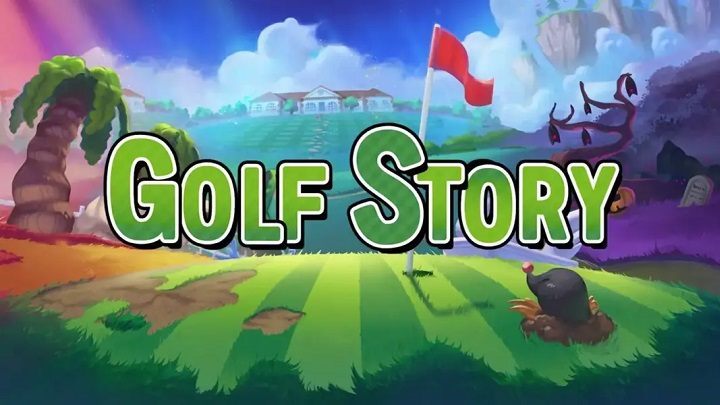 The name Golf Story only partially reflects the nature of this game from independent studio Sidebar Games. One could compare it to two games from the Nintendo catalog: Mario Golf and Earthbound. We are dealing here with a well-written RPG game, the story of which revolves mainly around the title sport. We play the role of a young gentleman whose goal is to win the tournament. The whole thing comes with ahigh does of humor and malicious characters, whose eternal criticism motivates us to show them how wrong they are.

The construction of Golf Story differs from a typical sports game. Instead of playing games one after another, we learn the story more like in a typical RPG. In addition to playing golf, we travel through 8 different lands and perform tasks set for us by the characters we meet. Not all of them are related to the sport itself – they can involve mowing the lawn or solving puzzles. And if that's not good enough, you can compete with your friends in local multiplayer game – limited to two players. 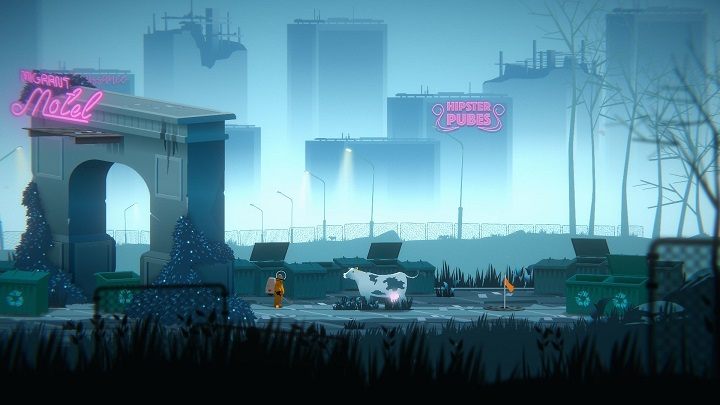 Now it's time for something more extraordinary. Golf Club: Wasteland is a narrative game with a unique atmosphere. We play an astronaut named Charlie, who, as a resident of a colony on Mars, often goes into the desolate land to play a few games of golf. However, he doesn't play on typical golf courses – instead, there are various types of obstacles, ranging from cars to animals.

Despite easy-to-learn controls, hitting each hole can be very challenging. Often times, the game forces us to get creative. However, it is possible to skip the levels as long as we make the required number of strokes. There are three modes available. Story Mode is the most accessible of all and allows you to learn the story of a decimated humanity. In addition, the Challenge Mode awaits those who want to make their fun more demanding, and the Iron Mode is designed for the greatest perfectionists, who make no mistakes. 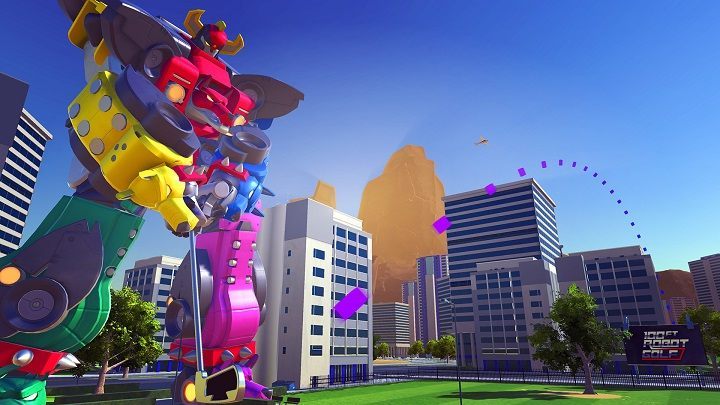 Have you played Roundabout? The developers of this extraordinary production have provided an equally twisted golf game. This time based on the anime with huge robots in the lead role. 100ft Robot Golf allows you to do something you won't find in other games: take control of a giant mech and play a game of golf. Either solo or together with friends. The PlayStation version also supports VR, which can provide additional thrills.

Unlike in other games of the kind (if the differences aren't already clear), we do not play on typical golf courses. The courses here include metropolises, a base on the moon or mountain peaks. We can also take advantage of the fact that we control a huge robot and carry out large-scale destruction – destroying, for example, skyscrapers standing in the way. There are also some highly ironic cutscenes mocking anime in the story mode, so if you value a similar sense of humor, you will probably be smiling a lot. 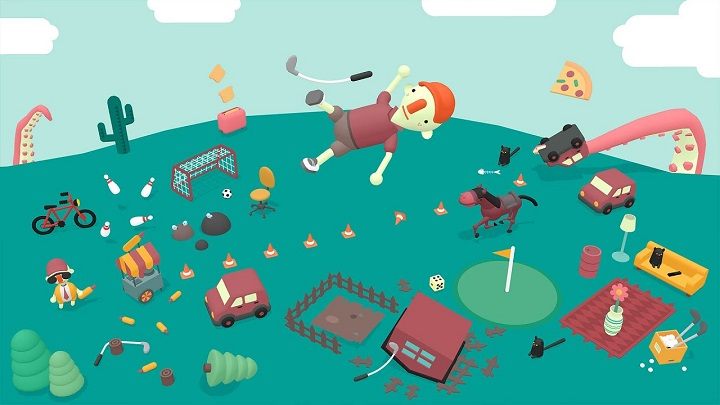 Another crazy game on this list. What the Golf? is a set of humorous mini-games that loosely refer to the title sport. The fun is about moving various items across fancy levels. Yes, you read it right: items. Golf balls are just one of them, but there are also cars, bushes and even... houses.

We also have a mix of different genres here. Some of the mini-games are platform-based, others in style of FPS, and some still are based on Pinball. The variety and creativity of the developers make the game a bit addictive and, of course, fun. It can be a good way to spend a few moments, especially in good company. 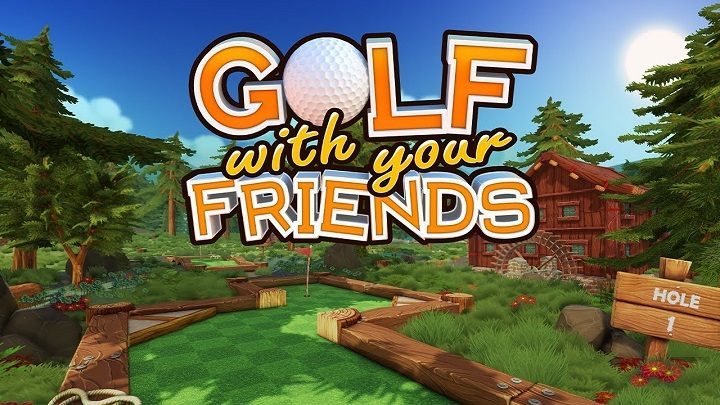 As the name suggests, Golf With Your Friends is a production focused on having fun with friends. This production of Blacklight Interactive allows up to 12 players to play together. The rules of the game itself are very simple and known to golfers – our goal is to hit balls into holes using as few strokes as possible.

What distinguishes Golf With Your Friends are twisted level designs and the fact that the we can make the ball bounce, to get it out of water, for example. Initially, only an online multiplayer mode was available in the game, but with time, local was also added. And if you are friends to yourself, you can play solo without problems. 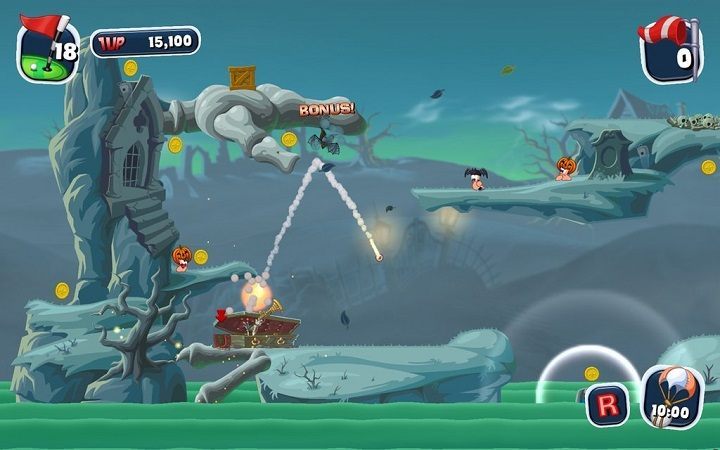 The cult worms also like to play golf. And as you'd expect from them, in a pretty destructive style. Worms Crazy Golf is a spin-off to the cult series, which works in a similar way to the main installments, but serving a different purpose. Now, our task is not to eliminate the opposing team, but to guide the ball through the levels.

The word "crazy" in the title will mean more to you if you remember Worms Armageddon and Worms World Party. Especially if you combine this elegant sport with them. The worms are nowhere near elegant and use really cheap tricks to hit the next hole. Golf clubs alone are not enough. On top of that, there are also many obstacles. Our goal will be obstructed by malicious bats and other dangers. Traditionally for the series, Worms Crazy Golf allows you to have fun with other players – in this case up to 4 of them. 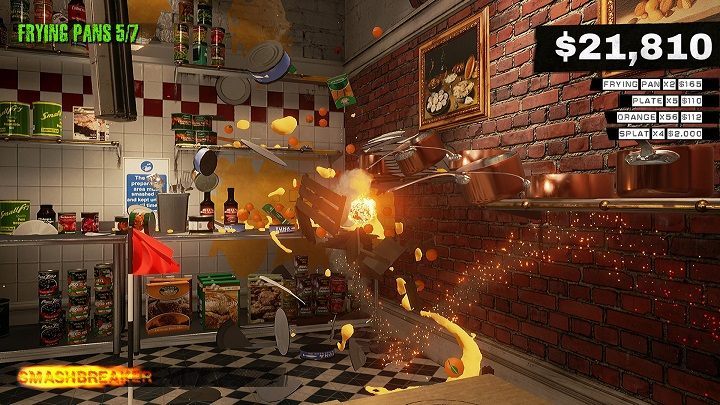 Dangerous Golf is, in a way, the spiritual heir to the Burnout series, or at least one of the mechanics included in this high-octane racing game. It's the "crash mode," where our goal was to cause as much mayhem as possible. It is similar here. Added to this are elements known from the FPS game Black, and a pinch of NBA Jam. A unique combination.

As you can easily guess, hitting the ball into the hole is not our main goal. The main goal is creating as much chaos as possible. Places where the games take place are most conducive to this – we find ourselves in locations such as hotel kitchen, gas station or museum. The ball causes destruction not only when it hits something – it can also be set on fire and thus cause additional damage. Thanks to an advanced engine of object physics, the whole thing looks really spectacular. 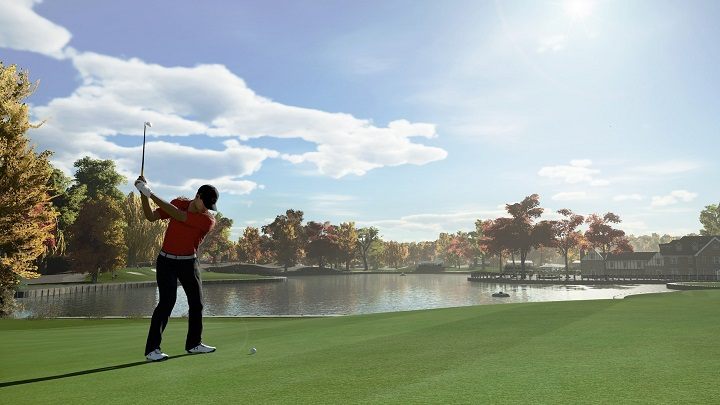 The PGA Tour 2K21 is by far the most realistic game on this list. However, this should not come as a surprise – this is a simulator that focuses on realism. This game carefully considers the strength and angle of impact, as well as many other factors, such as the terrain or weather conditions. The developers from HB Studios, however, also decided to prepare mechanics, that will let people less familiar with the world of golf to also have fun.

We get a set of realistic golf courses, but it's also possible to create your own fields and use those created by the gaming community. We can also create our own golfer – there is an extensive character creator in the game. We can lead it through a story campaign or play with others in various modes. 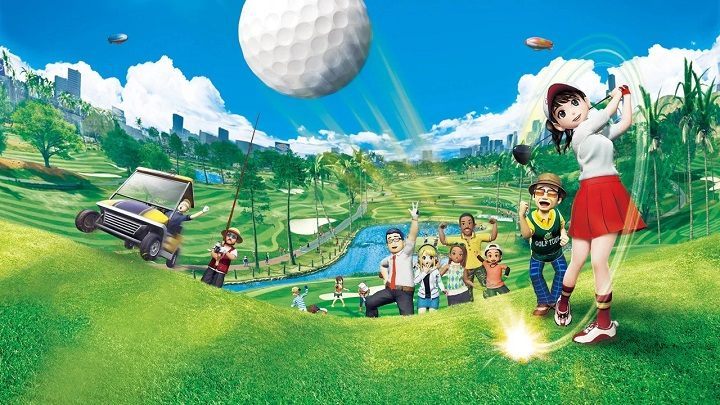 Everybody's Golf is characterized by high affordability, which is conveyed in the name, and allows literally everyone to have fun. The game is arcade in nature, although it doesn't mean that it's banal. It still takes time to get to know it, especially if we want to become champions. The arcade gameplay is accompanied by realistic physics, which is one of the reasons why fully mastering the game isn't so easy.

It should also be added that initially, we only have access to 5 golf courses. To unlock new ones, we need to gain the appropriate level of experience, which not everyone will certainly like. However, this offers a good way to learn the mechanics better before moving on to more complex levels. These, in turn, are open, so we can walk around them freely and, for example, even go fishing.