Last week we participated in another edition of Digital Dragons  the largest gaming conference in Central and Eastern Europe, which is also starting to mark its presence on the map of industry events recognized by the biggest gaming personas from all over the world. This growing popularity is connected in part with the guests invited to participate in the event  and this year the brightest star was without a doubt Brian Fargo. We decided to seize the opportunity to chat with the legendary developer, known as the founder of the now defunct Interplay and the current CEO of inXile Entertainment, whose name is also associated with franchises such as Fallout, Wasteland, and The Bard's Tale. Not only did we inquire about his current projects  such as The Bard's Tale IV and Torment: Tides of Numenera  but we also tackled other issues, such as the current situation in the industry or the developers ambitions and plans. Lets see what he shared with us.

GAMEPRESSURE: Lets talk about the past, the present and the future, beginning with the present. As we know, youre launching a new crowdfunding campaign for The Bards Tale IV on June 2. Can you give us any hint as to what we can expect to see on that day? Any demo, perhaps gameplay?

Brian Fargo: Yeah, well... Have you seen the screenshot that we released a few days earlier? Thats how the game will look like.

Yes, we are using photogrammetry but not in the scene that you saw. I went to Scotland myself. There are all these cemeteries  we scan a tombstone and it looks perfect. It has the level of detail that no human artist could ever achieve. Thats a really organic, beautiful look. To answer your question  yes, well be showing some surprise stuff in the campaign. One of the important aspects of The Bards Tale is its connection with Scottish heritage. Were going to have original music created with lyrics written in Gaelic [dominant Scottish language between the 10th and 13th centuries, still used in some parts of Scotland]. I hired Julie Fowlis, who is one of the top Gaelic singers in the world. She did one of the songs for the Brave soundtrack  Touch the Sky. In the original The Bards Tale we had a bard singing in the introduction about Skara Brae: The song I sing | Will tell the tale | of a cold and wintery day and so on  we had it translated into Gaelic and asked Julie to sing it. I love singing in our games. We had it in Wasteland 2, we had it in Stonekeep... 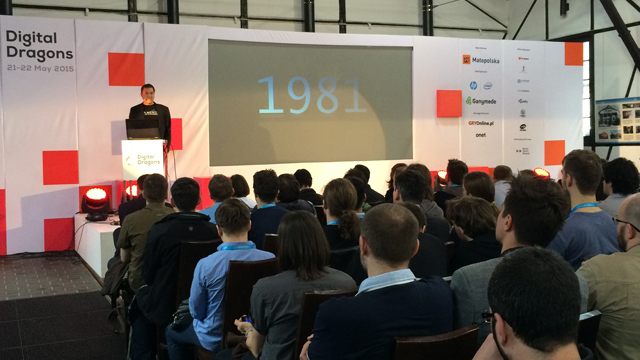 Brian Fargo during his lecture at Digital Dragons in Krakow.

We can therefore say that The Bards Tale IV will have a strong Scottish feel to it?

Yes, it is very much based on the Scottish culture  and specifically the Orkney folklore. Orkney is an archipelago situated north of Scotland. Skara Brae from the original The Bards Tale games was also based on this region.

If you hired such a talented and renowned singer I assume you have a large budget for this game...

Well, were hoping to get a large budget for the game. Basically, I make games for the budget I can get. I hope we will raise something around the score of Torment: Tides of Numenera but I cant count on that. We have all the marks checked but I tend to be skeptical and careful about everything. Besides, I dont worry too much about attracting new people. Im going to focus on my base audience and make them happy. However, I think when people see the visual side of the dungeon theyll say: They are super-ambitious and it is so full of personality. When Ive announced The Bards Tale IV on Twitter I had more retweets than ever before. Of course, theres been some other dungeon-crawlers  like Legend of Grimrock and Might & Magic X  and theyre great but we are making something bigger.