The Xbox Series X launch is merely weeks away  and the new console from Microsoft is sure to cause a stir on the market. Expectations are exorbitant, and the competition should be fierce  in 2021, well witness a clash of two global, technological giants, with our hard-earned money being at the stake.

The success or failure depends on numerous factors, but in the end, it largely comes to available games. The quality of productions will conduct and determine the players sympathies and sentiments. Thats why we decided to meet with Coalition Studio and talk about one of the most important things in context of next-generation: the question of old games on new hardware. Whats going to change? What will be improved? What new heights can be achieved on next-gen? Heres a conversation weve had with Tyler Bielman and Cam McRae of Coalition Studio, the developers of Gears of War responsible for Gears Tactics Xbox Series X port.

Brittany Vincent: Where did the idea of turning Gears into a tactical experience come from?

Tyler Bielman: As it turned out, Epic, who previously owned the Gears of War franchise, had actually done some prototyping of their own [for a tactical version],  which I wasn't aware of at the time, but became aware of later. I wrote a pitch document and got some approval to spend some time on it.

Eventually that led to the formation of the publishing team, of which Cam is the technical director and I'm the design director. We basically proved it out on paper first in a board game scenario. We built a version of it on the tabletop, which was pretty cool. We used some miniatures from the old Gears board game, and we proved that Gears could feel the way we wanted it to feel in a turn-based environment. Once that landed, then we were off to the races and we just started building. 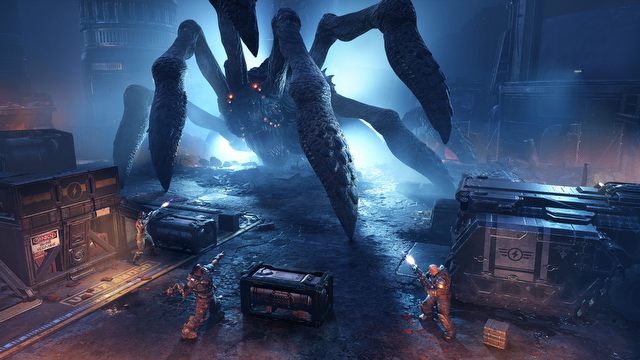 Was the game created with a next-gen release in mind, or was that a decision made later?

Tyler Bielman: When we started the production, we did not know the Xbox hardware roadmap. Things like Game Pass, xCloud, Series S, Series X, these were not things that we were necessarily aware of. We knew that part of the mandate for Xbox is games you want to play on any device with anyone you want to play with, and so we thought there was a really interesting opportunity to make a PC-first title.

That's why we released that game first. We always believed that it would be a console release, because we are Xbox and the console is the heart and soul of our business. So we knew there would be a console release, but as it happened, the timing of everything worked out perfectly so that we could have our console release for Gears Tactics coincide with the release of Xbox Series S and Xbox Series X. And it's pretty great to be a launch title, so everything worked out really nicely. 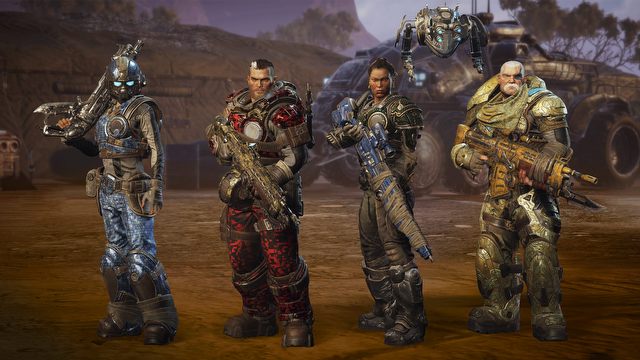 What are you hoping console players jumping in on Xbox Series X get out of the game since they might be playing for the first time?

Tyler Bielman: We're really excited about the opportunity. We released on PC first and did not try to ship simultaneously, because we wanted to give the console release its own development cycle to really make it feel native and awesome on an Xbox. We needed that extra time to do a lot of different things, primary among them was to really improve the controls for gamepad. So we really believe in our UX, the user experience, and we did a lot of prototyping to add different features to the controller. So for example, we've got a precision movement system so you could slow down the cursor and get it exactly where you wanted it for different actions. We've got a zoom on one of the triggers. We've got a sort of a snapping system, so when you choose an ability, it automatically targets units to reduce the amount of time you have to move the cursor manually.

So, we've made a lot of improvements to the controls and also the UI, the usability of the game in the front end, all around the idea that you're playing six to eight feet away from a big TV with a controller in your hand, maybe with a different speaker set up than you would have in front of your laptop, in front of your PC. And we did all this knowing that we're going to get a lot of people from Game Pass that are going to try the game. We're going to get Gears fans who, for whatever reason, didn't try it on the PC. We're going to get folks that are just exploring Game Pass and all the amazing games that has to offer, and will give our game a try. So we believe in the game's ability to translate to different types of players. 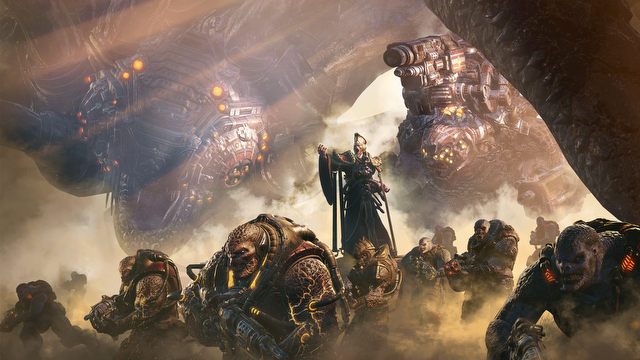 If you are a Gears player and you come to Gears Tactics, it will feel very familiar the way that the combat is structured and the way that it works, the way that the enemies confront you, the tools and the weapons you have at your disposal. If you're a strategy-based player and you come to the game, there's a deep strategy game in there with a lot more freedom than you have in a lot of other strategy games. We're not on a grid, for example. And that's something that strategy players can really embrace and get into, because you have so much freedom in how to express your tactics.

And then if you're just someone that just likes good games, we've got a high degree of polish. We have an amazing story with sort of AAA Gears-level cinematics. So we're really optimistic that a wide variety of players can try and enjoy Gears Tactics. We also spent a lot of time on the first hour of the game to make sure that no matter what your background is, what kind of gamer you are, how much Gears familiarity you do or don't have, you can come in and that first hour will get you totally prepared. And it's really fun to kind of engage with the rest of the game.

We recently received a review copy of Xbox Series X. While the version we tested isn't actually a retail copy, there's not many changes we expect to see before the release.