What about modding support? How will it work?

Mod support is the last thing we are doing right now, the last thing we want to release for Kingdom Come Deliverance. Right now, we are working on modding tools so that people can do their own stuff – Steam Workshop is already working, but only with the tools you can write your own quest, for example. We are thinking of a way out to cleverly release that. Unfortunately, consoles are out because they're not supporting this – it's not because we don't want to, but because Microsoft and Sony haven’t agreed on anything yet, so I can tell you: PC – yes, and we’ll see about the rest, I’m not sure.

Ok, so if it’s the last think you’re releasing for Kingdom Come: Deliverance, I can probably scratch the Horse armor and battle royale DLC questions…

Well actually, if the modding tool is as cool as we hope it would be, then please do these kind of things, we are more than happy to support this. 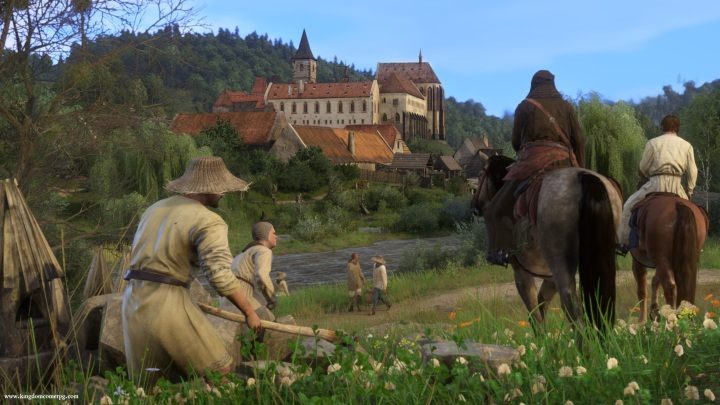 Still on the DLCs – were you tempted to create something completely different from the core game? Something like, say, Undead Nightmare for Red Dead Redemption?

Well hypothetically – of course. However, you need to consider that the KCD is such a complicated RPG that this would mean that the entire studio would have to focus on making sure that the systems are still working in the way they’d worked before, and that would require our all effort. That's why we didn't do a Czech localization – it would halt all the work on the DLCs. We don't have enough men to do crazy stuff like that. The entire team must do one thing at a time.

But have you ever thought about bringing some fantasy elements into this realistic setting during the creative process?

Slightly, but in a somewhat believable way. So, in the game there's a guy called Charlatan, and he’s selling magical talismans, unicorn powder and stuff, and he's talking about ghosts. He's more like a jester type; he's scaring the people and selling his stuff. That's the only part of purposely doing any fantasy stuff. However, our graphic artists are hiding easter eggs here and there. In the last DLC, for example, there's a Polaroid camera. So if you go in the dungeon and you see a flash all of a sudden, there's a Polaroid camera coming out. We have a camera. We have a traffic cone. We have a car tire. Lots of things like that. 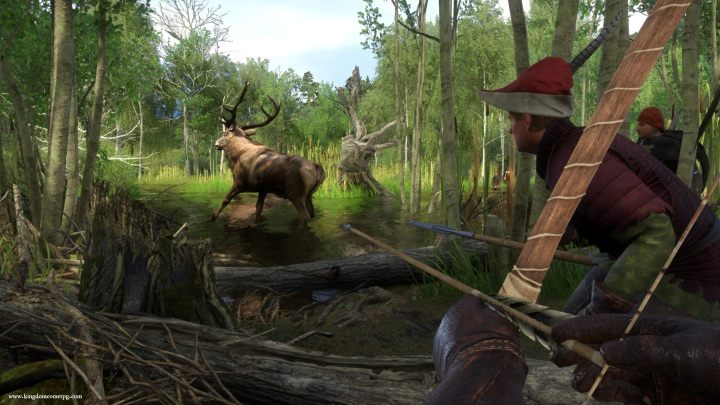 Do you think that there is still an easter egg that the community hasn't found yet?

Definitely. Even our musicians had made some easter eggs, and I only recognized them because they told me, and once I saw that I was like “Ah, I understand.” So yeah, there's some hidden stuff still there.

So Dan Vávra (one of the original creators of Warhorse) likes extreme music. We know that Kingdom Come: Deliverance was first supposed to be called Hammerheart, as a reference to Bathory music band. Any other references like that?

I think they changed the name because they were afraid that it would be misleading. There’s maybe no references as such, but there are some tidbits. Arakain, which is a Czech metal band, they were recording the in-game music, medieval music but on metal instruments, and it’s in the credits in the end and. I cannot think of any other metal reference, but do you know the series Red Dwarf? There are some references to that in the dialogs.

About historical accuracy: What were the compromises that you had to make to ensure the gameplay is fun but also realistic?

Well. That was probably combat. We had the real fighters in the studio, and they told us that fights need to be unpredictable, end with a single hit and that’s it. The fighter is lazy, not interested in the cool, big-ass fighting; you want to be quick and that's it. And we said “Yeah. Well, in this game, it's not gonna work.” The player has to see what's happening. Most of the compromises were on technical grounds, making the game more player-friendly and more interesting. Another example would be the that doors have regular height – usually, those were smaller so they kept more heat inside. Now, programming NPCs to crouch would be possible. However, when you come to a fighting situation, this would go south pretty fast. 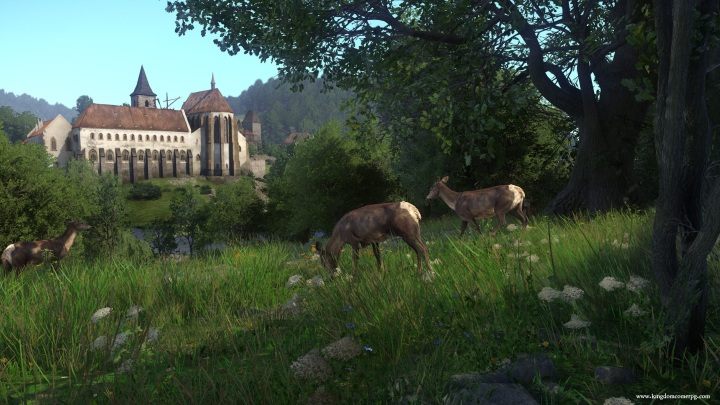 What’s the story behind the saving system?

That was actually community feedback. So we were thinking all the time about the saving system, we asked on forums, and all. And one guy said – I forget his name, I think he was Czech – and he said “Well, we are Czechs right? Whenever you go in a pub, you save.” And I thought “That's not a stupid idea.” However, at the beginning it was a little too hard – expensive, and people are just used to saving. So we compromised, and now you can always save & quit.

Have you been thinking about implementing seasonal changes is Kingdom Come: Deliverance?

We thought about this, but then we said this doesn't make sense with the storyline. Because we are talking about events that happened in Bohemia, and they happened in the early summer of 1403. So it wouldn't make sense to have seasonal changes because several years later, we already have the Hussite Wars. So if you play too long, it would be 1410 and that makes no sense. So we said okay, the time of the year is always the same. Days go by, but it’s always early summer of 1403. To tell the story you want to tell.

Were you inspired by Andrzeja Sapkowski’s (the writer of The Witcher) “Narrenturm,” set in about the same times?