The creators of PUBG suing Epic Games for violation of copyrights regarding the rules of battle royale was a rather unbecoming move. Games and dev teams have always exchanged ideas within genres, and the only thing you could be really pissed at was if someone stole your artistic vision; the concept for a setting or characters. Building on the mechanics that have worked in other games does not only provide more comfort for players but generally allows video games to develop and advance more rapidly and harmoniously; to become better, simply put. Such symbiosis seems to be doing wonders for this year’s rivals on the racing scene – The Crew 2 and Forza Horizon 4, i.e. the two 2018’s hottest open-world racing games.

Both titles make no fuss about experimenting with the solutions tested in the previous games of each studio. The Crew 2, by Ivory Tower – a spiritual heir to Test Drive Unlimited – decided to completely give up the sensational plot and focus solely on the festival of speed akin to the one known from Horizon. The fourth installment in the Forza series, on the other hand, is looking to diversify the experience by implementing the mechanics straight from The Crew and Test Drive Unlimited. It’s also quite interesting to see that nobody seems particularly interested in the action-movie elements that the Need for Speed series is apparently so desperate to preserve. Long live the king…? 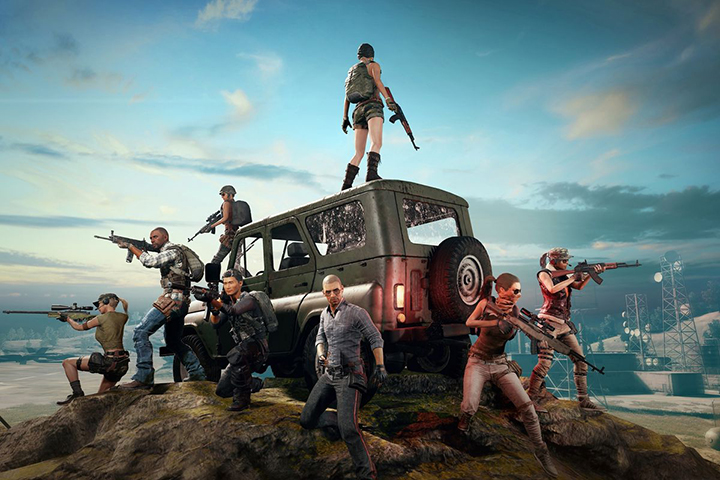 The fight over the frying pan took to court. Beware, racing games, PUBG is coming for you next for the illegal use of the mechanics of car driving.

The horizon of the crew

A very big shift of the mood and numerous elements that were borrowed from others are particularly apparent in The Crew 2. The first installment of the series saw players trying to avenge the protagonist’s brother in a series of high-octane story missions; the game was obviously heavily inspired by car action movies – just like the new Need for Speeds. The Crew 2 turns away from the formula. No more FBI agents, undercover drivers, and illegal street racing – just one big festival of speed. You could almost forget it’s called Live Xtreme Series, and not Horizon.

Just as in the arcade Forza, the players in The Crew 2 can buy new cars in huge festival hubs, meet members of the crews, who organize the events and encourage the player to join different contests or comment on their performance. In Forza Horizon 3, players had to gather new fans to unlock new locations and activities. The Crew 2 utilizes an identical solution, with the players gathering the followers for almost identical reasons, in an almost identical way. Even the design of the main menu looks very familiar to anyone, who played the third Forza. 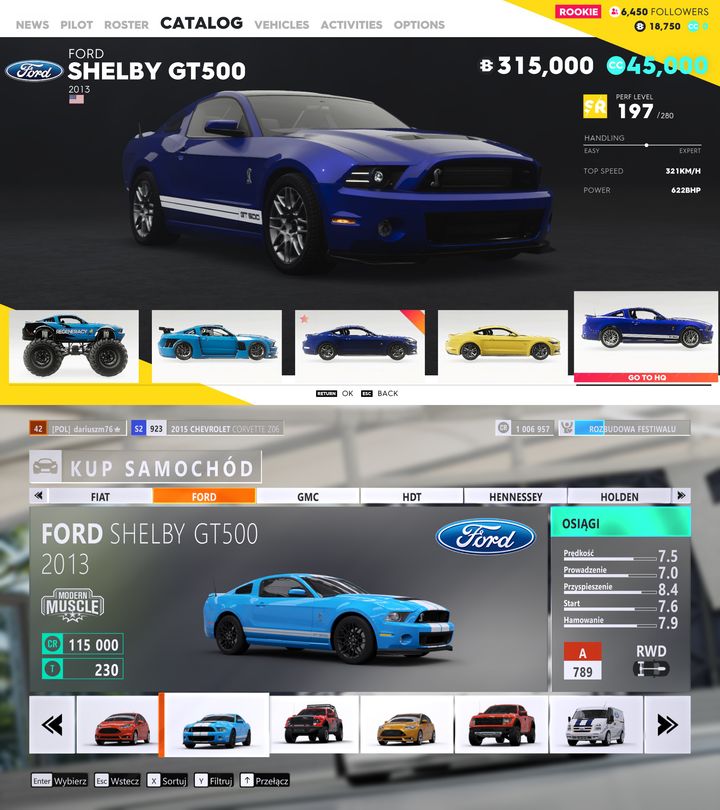 The cool car selection screen from original The Crew is no more. Instead, we have a menu that looks almost identical to the one from Forza Horizon 3. You can see the number of followers in the top-right corner, exactly like the number of fans in Forza.

Fortunately, The Crew 2 is not a mindless imitation of Forza. The ostensibly bizarre idea of adding airplanes and speedboats to the game turned out a fantastic decision. It works great with the idea of a gigantic, open world of speed, the continental United States, where racing only on roads would be a terrible waste of space. Hurtling powerful airplanes and boats are equally spectacular as a flat-out Camaro; just how exciting can a combination of the three modes of transportation be, we saw in a couple of Top Gear episodes. The Crew 2 although being very similar to Forza Horizon, still provides loads of original ideas, which you couldn’t find in any other racing game. 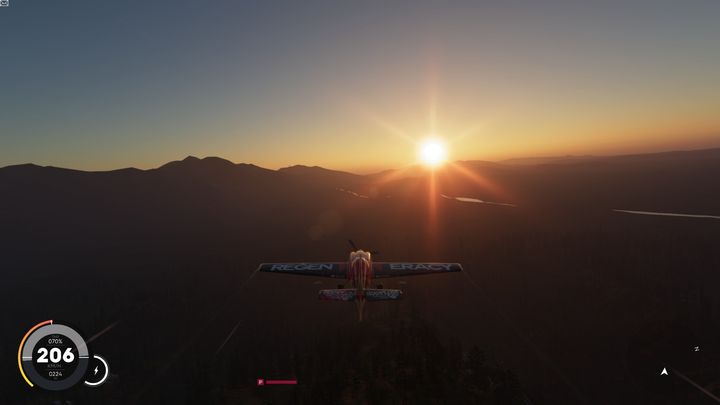 Thanks to the addition of boats and planes, The Crew 2 manages to maintain a level of originality that legitimizes the existence of the game in the face of competition.

While Forza Horizon 4 wasn’t released yet, we can already tell – according to the information released by the developers, Playground Games, the series will be expanded and enriched with new elements – elements that seem oddly familiar. First, we’ve got the online mode, where the players share the game world, can meet and form (*cough*) crews to travel, drift and race together. The borrowings from the Ubisoft’s game are not the only new additions. Forza is also going to use the mechanics known from the revered series, Test Drive Unlimited – a game developed by many of the same people, who now work on The Crew. 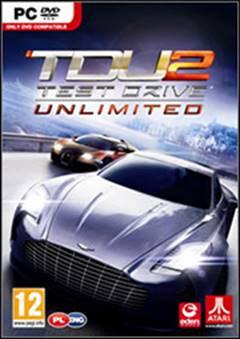 Test Drive Unlimited was a two-part racing series by Eden Games. TDU combined fast cars, big, open world and a more chilled-out atmosphere than the Need for Speed series, which at the time was busy with frantic police chases and lawbreaking. The second installment utilized many of the functionalities known from MMO games – meeting players on the same server, buying houses (which you could then visit), or personalizing your character like it was The Sims. The game had some rudimentary plot, in which – instead of engaging in spectacular activities of the criminal underworld – players entered the world of supine and cocky members of an elite, jet-set club.

The key employers of Eden Games, responsible for the first Test Drive Unlimited, didn’t want a regular sequel, which prompted them to leave their jobs and establishing Ivory Tower. Utilizing the experience they made with TDU, they developed The Crew – a racing, open-world MMO game, which – as they’d intended – was pretty far from what we saw in Test Drive Unlimited. 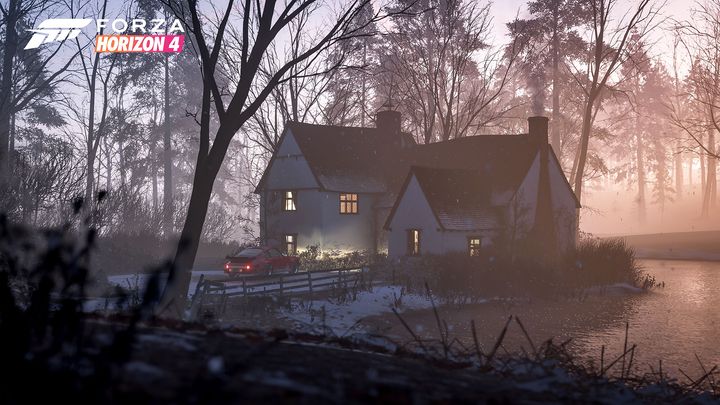 Like TDU, Forza Horizon 4 will allow us to buy houses.

Similarly to TDU2, the new Forza will allow us to buy houses and mansions – just to be able to show off our rides in Forzavista. A collection of classic Aston Martins in front of a Scottish, Victorian mansion will sure look nice. Then, next to the standard Forza’s racing modes, there’s also a slew of new activities, which are not all strictly linked to competitive racing. We’ll be able to put the pedal to the floor on a movie set – as stuntmen – or do quite the opposite; take a nice and slow jaunt down the countryside to get some good shots for a documentary about the car. Add to that taxi jobs that see you conveying people to specific locations.

The authors stated they were inspired by the famous Crazy Taxi game, but, as you might recall, being a chauffeur was a regular thing in Test Drive Unlimited too, where we had to muse the passengers, give a lift to people after parties, or deliver cars to particular locations. I was genuinely afraid that the innovations in the new Forza Horizon will be limited to better textures, but the elements that were announced so far are looking pretty good. The new additions should refresh the entire formula, but – perhaps more importantly – they shall reinstate the spirit of Test Drive Unlimited, and that’s something we’ve all been missing. 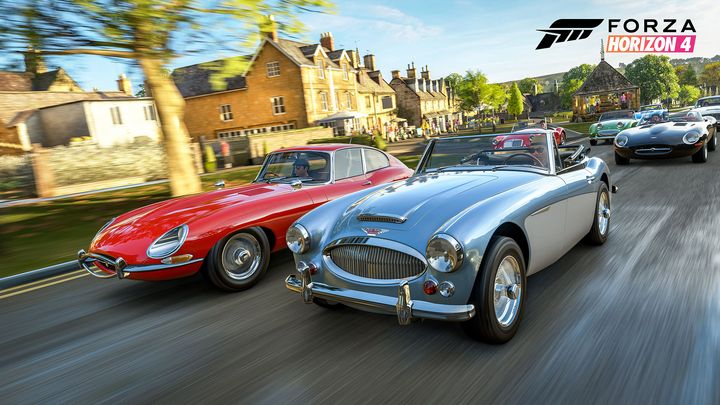 In the open world, you should always be able to pick up a crew and cruise Great Britain with them – that’s the element of The Crew in Forza.

No need for Need for Speed

The world of arcade racing games is increasingly gravitating towards MMO mechanics and upbeat sportsmanship that seamlessly transitions to cooperation – collective drifting and convoys. Neither of the discussed titles is striving to hark back to the neon tuning, illegal racing, and night-time police chases. Curiously enough, the new Need for Speed still seems to be awkwardly sticking to the exploited formula.

Corny attempts at B-class action movie plots, the fist-bumping, underground “homies,” the Frostbite engine that feels rather gawky in a racing game, or experiments of the most repugnant sort – the microtransactions. All of these have been dragging the legendary series down, making it look rather bleak when contrasted against Forza Horizon – which is apparent both in the reviews and the engagement of the fans. Is Need for Speed going to share the fate of Medal of Honor and be the next franchise to be excluded from future plans of EA? Maybe it will become something more similar to Burnout… Or maybe a new developer will finally give us the Need for Speed we’re waiting for. 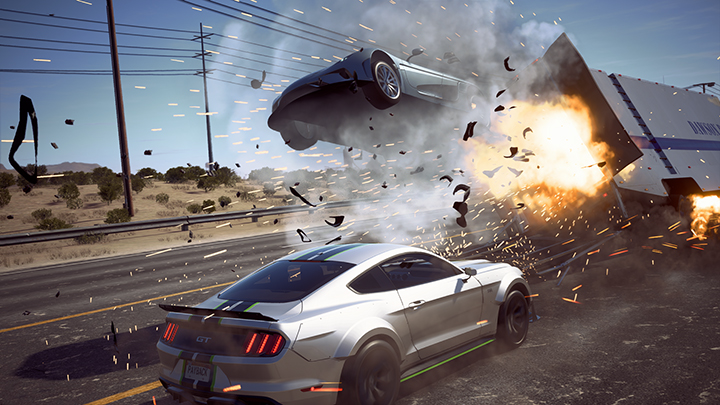 What’s the future of Need for Speed? A near miss, or a total wreckage?

“Good artists copy, great artists steal” – Pablo Picasso allegedly said. In the world of video games, the rule is a bit less radical. Genres simply evolve; influenced by new ideas of developers or the demands of players, they constantly change. Not every case should be taken to court right away – sometimes it’s better to just take a step back and see what ideas could be borrowed and implemented in an informal exchange of intellectual property, which seems to be benefitting everyone. It would appear that Forza Horizon 4 and The Crew 2 have done their homework right, despite the fact that they’re both far from revolutionary. It doesn’t really matter which game will be considered the best after they’re both released; which one will score higher. What matters is that – thanks to mutual observations and growing experience – both games should be better and more fun than their prequels, which is undoubtedly good for us.