My colleagues have got some timing! The deputy editor-in-chief came to me with a proposal to write this article, just as I was thinking about doing exactly that. I wanted to do justice to the Playground Games studio after bemoaning the 222 cars that had not been transferred from Forza Horizon 4 to FH5 for the premiere, and for a change, focus on the 506 cars that are actually available. After all, this is still an impressive number, and the roster is made up of many a fantastic, noteworthy car.

Although when it comes to cars that are completely new to the series, FH5 brings only 21 of them, but there are also dozens of unique cars that you will not find in other car games (some of them don't even appear as mods to Assetto Corsa, and that's quite a statement). They could have slipped your attention in FH4 as well, if you did not buy any additional DLCs and only played around the release of this game (without dozens of updates with content introduced over the next two years). Nevertheless, I will also look at a few vehicles that Forza fans have known for a long time.

This list is not about the best cars for winning races, completing challenges, or earning credits or skill points. However, this information is available in our guide. 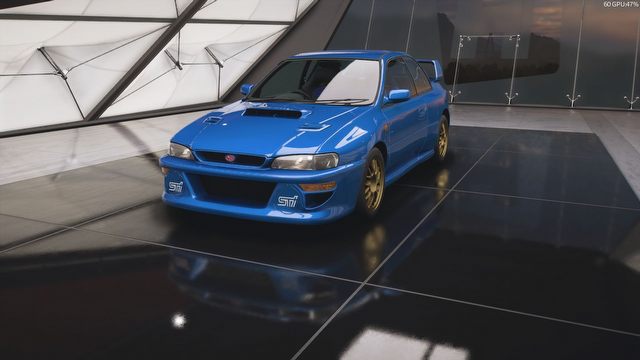 Let's start with a true classic (which, in FH5 and IRL, is more exclusive than you might expect). Although we're talking about a car that has appeared in every installment of the series (except for the truncated Forza Motorsport 6 Apex on PC), it was labelled as hard-to-find in FH5. To obtain it, in theory, you will have to wait until November 25 and earn 42 points by completing the challenges from the Festival Playlist, which will then be made available (for a week). The alternative is to cheat in draws and count on a stroke of luck, or visit the auction house. A few days ago, I saw a few offers with a price of less than 400,000 credits.

And why is the Impreza 22B STi worthwhile? Playground Games has re-recorded sounds for many engines, including the 4-cylinder boxer found in the Subaru. Its sound has changed beyond recognition compared to the previous Forzas  for the better, of course. For me, no engine souds better, even Porsche's V6s and Jaguar's V8s.

In addition, Impreza 22B will be on the Festival Playlist in the perfect moment for this car  in the winter season. I will not surprise anyone by saying that the real fun in the Impreza starts when the snow falls, and I say this as an owner of one of these cars. Although there's much less snow in Mexico than in Great Britain in Forza Horizon 4  but there is a lake at the top of a volcano, which periodically freezes. It's worth the hustle, because Ice Madness is one of the best experiences that Forza Horizon offers.