It is not a big secret that creating high-budget computer games is an extremely expensive endeavor and producers try to compensate for the risk in various ways, starting with toeing the line of formulaic and tried solutions in designing and developing the games, and ending with a strong emphasis on post-release DLC (not only encouraging players to spare some more dime, but also limiting the number of copies that reach the aftermarket, taking the profits away from publishers).

The financial success or failure of a given title is usually determined by the first days after the release before the long-awaited smash reaches any sales and the distributors squeeze maximum profits from each copy sold. Thats why buying the proverbial cat in a bag (aka pre-ordering games) is particularly desirable from the publishers standpoint. In this case, the creators gain a safe and certain profit regardless of the end quality of their work, and the risk is hence shifted to the players' side. 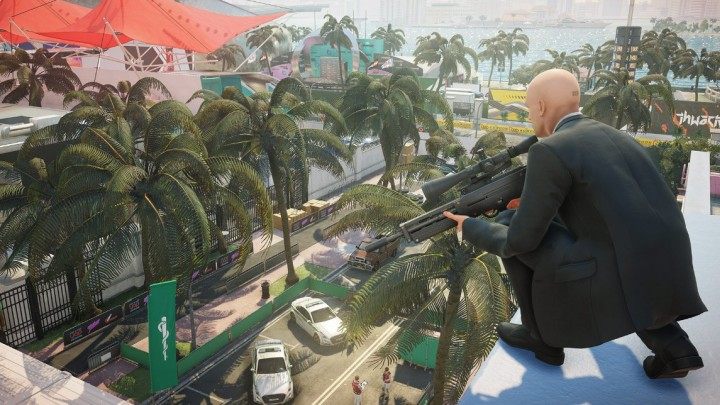 Hitman 2 is slated for release on 13 November. But if you buy the golden edition $99.99, your first contract will happen four days earlier.

The publishers try to cajole the consumers with various add-ons, which fortunately are usually only cosmetic. However, thats no longer satisfactory for developers, who are less and less satisfied with the artificially set price of about 60 dollars for a big premiere title, which has been maintained for over a decade (more precisely  since the introduction of Xbox 360 in 2005). Being aware that any attempt to raise this price  by many players already considered to be inflated  would most likely cause a considerable backlash, the publishers approached the issue differently. Right now, the practice of moving more and more content from the core game into the expensive special editions, such as Hitmans gold or collectors, is increasingly common. Recently, the repertoire of tricks designed to reach deeper into our pockets has been enhanced with another trick  earlier release date.

In the era of the first PlayStation, in the United States, newly released games usually cost $40, which was an attractive price compared to the competitive Nintendo 64  often criticized at the time for using expensive cartridges in manufacturing, which would elevate the price of a single title to more than $60. In the next generation the situation normalized and on each of the three big platforms (PlayStation 2, Xbox, GameCube) new releases would cost about 50 dollars. This price was increased by 10 dollars with the launch of the Xbox 360 and PlayStation 3, which was justified by the increased license costs. The $60 threshold set at that time has been maintained until this day and, according to many analysts, is disproportionately low compared to the growing costs of production of video games, which is one of the main reasons why publishers bend over backward to invent some new, clever ways of draining more money with season passes, microtransactions or additional content. 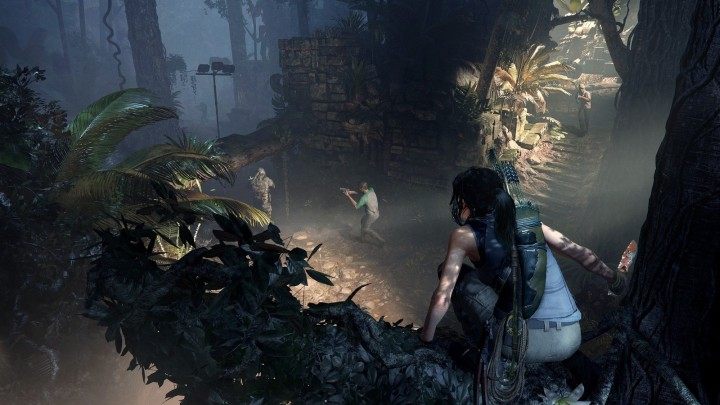 The most devoted fans of Tomb Raider (and willing to pay up) were able to start the latest adventure with Lara Croft two days before everybody else.

For the players; for the payers

Among the most important recent releases were Assassin's Creed Odyssey, Forza Horizon, FIFA 19 and Shadow of the Tomb Raider. Different genres, different publishers, but they all share at least one thing: apart from the general release date, they all had another one  reserved for those attracted to sauced-up pre-release editions. 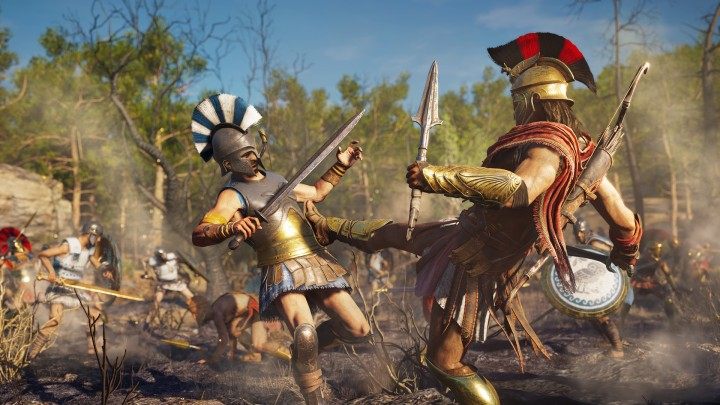 In the case of the latest Assassin's Creed, each day of pre-release access was worth some 5-10 bucks.

You could travel to Ancient Greece in Assassins Creed three days earlier for around $20 (or $40, compared to the standard edition). Slightly cheaper was the earlier access to Forza  getting the game 4 days earlier required purchasing the ultimate edition, priced at $40 more than the standard one. FIFA 19 and Tomb Raider presented a bit smaller gaps in pricing  early access to FIFA cost an additional $20; to Tomb Raider, only $10.

These are not one-off cases, but rather the beginnings of an increasingly popular model  by the end of the year, well be able to get earlier access to Hitman 2, Just Cause 4 and Battlefield V. In the case of the latter, the purchase of a special edition will give you 3 days before release; if we decide to buy an EA Access Premier subscription, though, you will play even 5 days earlier  not only the newest Battlefield but any other new release from Electronic Arts as well. Earlier access to games is one of the main shticks of the new, more expensive subscription plan offered by the creators of The Sims and FIFA. Check out this table; it contains a list of chosen releases from this years Q3 and 4:

Even though not all upcoming titles offer earlier access  such attractions are not provided by the even more expensive versions of Red Dead Redemption II or Call of Duty: Black Ops IIII  it is clear that the trend is becoming increasingly widespread. Which means that the players apparently want these earlier accesses and are ready to pay a lot  sometimes more than additional $10 a day, according to the above calculations. One thing we need to bear in mind, though, is that these figures have to be taken with a grain of salt because earlier access is only one of several bonuses offered. Anyway  expect further escalation on this topic. I won't be surprised if within the next year or two it will become the standard of most gold and collectors editions. 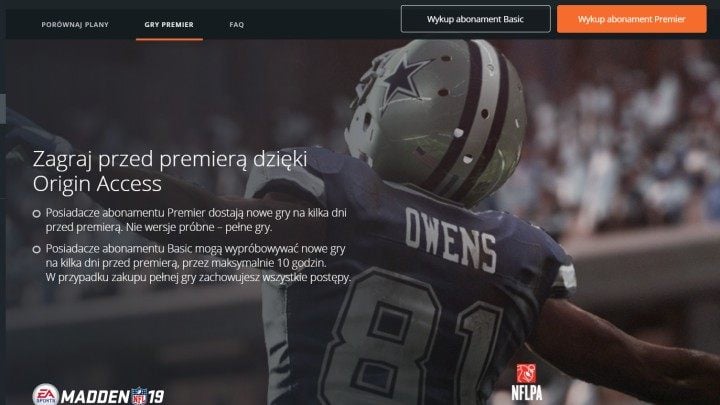 Like most of the games designed to squeeze out an extra penny, this one also feels rather repugnant at first glance. However, after thinking about it, I arrived at the conclusion that since some people are willing to pay extra for early access, I think I prefer the creators compensating for growing budgets this way, rather than by transferring even more content to the DLC. Of all the bonuses offered for additional price, this one is probably among the least harmful to those who think that 60 dollars is just enough for a game  at least with regard to singleplayer games, where the only thing that the payers gain is the opportunity to get acquainted with the campaign a few days in advance. A bigger problem arises with online games, where the advantage of a dozen or more hours can make a huge difference at the beginning, especially in esports games.

A few days of advantage is still a difference that can be easily reduced by a good player  but if over time, more expensive editions start to offer, for example, as much as two weeks earlier access, which is not impossible, then the purchase of special editions will become a must for serious players  and when the regular players enter the fray, they will be little more than moving shooting targets, which is sure to discourage many. Such division of the community surely could not end well for the game. 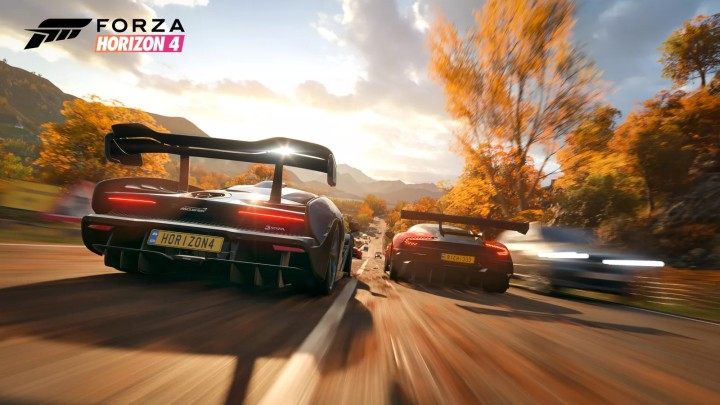 Even Microsoft followed suit with the double release dates.

Whether double release dates will become another disease consuming the industry, depends primarily on the publishers and how much they want to exploit the additional release dates, increasing the advantage of those players who pay more. As long as the differences between "normal" and "exclusive" releases will be limited to a few days, I do not mind  better this than having a fifth of the game cut out and included exclusively in the golden edition. However, if the time gap increases to values greater than a week  this trend will become borderline pathological.