I recently played Ace Combat 7, a flight simulator. The game is a wonderful, chest-pounding festival of Japanese epicenes (the best there is); it's full of dramatic dialogs, turns of events, charismatic masters of warplanes, and action. Action in enormous quantities, action that makes Michael Bay go "wow." As you might already guess, I've had the best time. At least throughout the first six missions. Because later, she entered the stage. The destroyer of quality time. The one who wipes smiles from kids' faces  the terror-inducing escort mission.

After a series of incredibly riveting challenges, I, all of the sudden, was asked to protect a few, defenseless allied planes from over a dozen hostile fighters. The game doesn't provide any mechanics to facilitate that  there was no way to intercept missiles that weren't fired at me, neither was there a way of controlling my buddies, scattered all over the map. The only thing I could do was eliminate the enemies one-by-one and pray I do it before they take down at least one of the machines I was guarding, which would be tantamount to failing the mission. I slipped through, somehow  I managed to finish it on the sixth go. 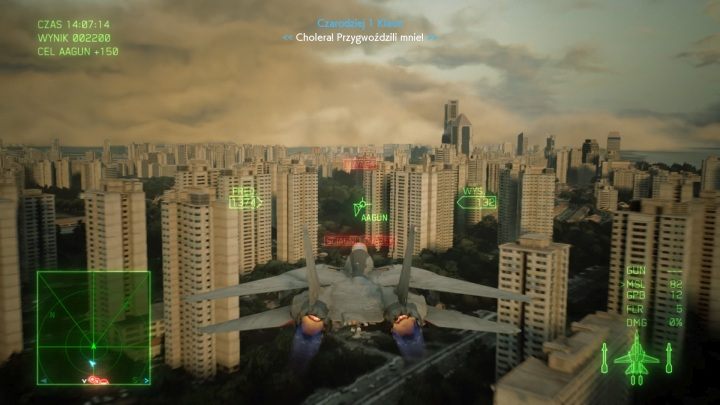 It's such a nice game, why would anyone need escort missions?

Now I am becoming the Nanny, the destroyer of worlds

Escort missions are one of the default ways, in which the developers diversify the experience. Especially in action games, in which we spend most of the time just pushing forward. In theory, the sudden shifting of priorities from killing all that moves to protecting the ally is a nice diversion changing the pace and requiring the player to use a different approach. In theory. In practice, it's more often just annoying and frustrating.

I mean, it's hard not to rise your heckles, when your fearless dragon slayer becomes reduced to a nanny. When the person we're supposed to protect exhibits absolutely no self-preservation instincts, plunging head-on into a swarm of enemies. When there are dozens of opponents attacking from every side, and the person we protect is fragile as glass, and just a few seconds of distraction is enough to get them killed. When we keep losing the mission, and not because of our own incompetence in the game  it causes frustration. 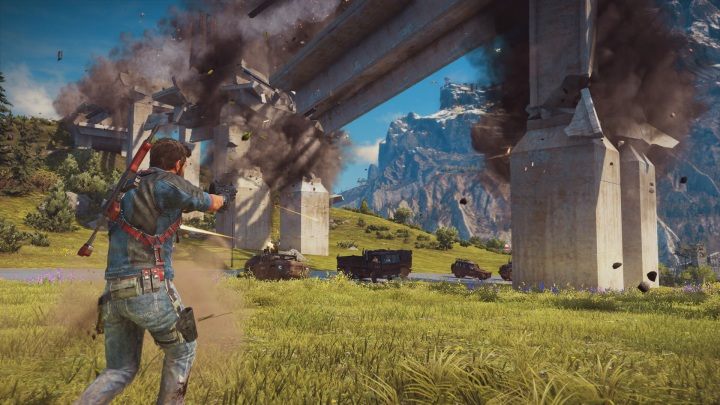 For a game focused so heavily on unconstrained mayhem, Just Cause 3 has an indecently high number of escort missions.

Oh yeah, I hate escort missions. I think everyone does  this is perhaps the most universally despised mission model in video games. The difficulty level is mostly off-the-chart, rising sharply compared to any moment before or immediately after such a mission. When we lose, it's not because we've done something wrong, but rather because the entire game is at once after us. We lost most of tactical flexibility, being forced to stay close to the target and lay into the enemies with the single, most efficient attack we have, because otherwise, we'll be done for before we even figure out what's going on.

Nobody likes you, go away

Although no one likes escort missions, developers still insist on including them in their games. These missions were exactly the reason I didn't finish Just Cause 3. After several, perhaps even several dozen attempts to protect an unarmed ally from an entire battalion of enemies, in the end, I managed to survive, keep him alive, and not contract rabies from the giant dips in performance (optimization on PS4 was a very sad joke). What did I get as a reward? Another escort mission. And Avalanche Studios, in turn, got a promise from me never to play a game of theirs again. 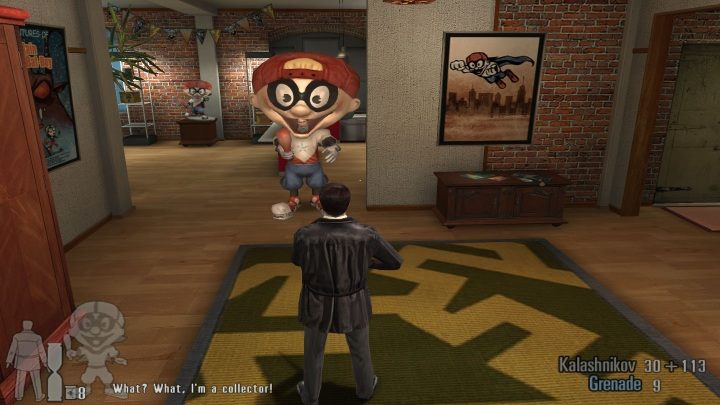 Years later, I don't remember who he was or why I had to protect him. But I remember he drove crazy.

A dozen years after I played Max Payne 2, I remember three things from this game: Mona Sachs in the shower, her hideout in a kind of theme park, where we later had spectacular gunfight, and a mission in which we accompanied a guy dressed as a big mascot, which is why I was never able to complete this game at higher difficulty levels and unlock the "real" ending.

Over the years, games have tormented me with escort missions so often that I've learned to deal with them in different ways. In games from the Metal Gear Solid series, I stunned the targets I was supposed to protect, cleared my way, and carried the unconscious bodies to the destination. In action games, if it was possible, I would first clear the area of enemies, and only then go back and trigger the escort mission, thus having fewer enemies to deal with. And in role-playing games, I'd spend hours grinding my character to levels that allowed me to kill everything in my path and not worry about anything else. All in order to bypass the ideas of the developers to diversify their games.