Our favorite titles and game series are inherently associated with the studios and publishers behind them. Often, when you hear who's developing a given game, you expect specific quality and emotions – that's why any new announcement from Rockstar or Naughty Dog is breaking news. Many of today's giants, such as Electronic Arts, Ubisoft or Activision, were founded back in the 1980s and the 90s, when computer games experienced their initial boom. Apart from them, there are also countless other teams – both large, multi-million dollar venures and small, independent studios.

But computer games are a business that does pose a financial risk like any other branch of the economy. Over the years, many well-known companies have left the industry forever or changed their owner and identity. And some of them were once really significant teams, whose logos on the screen heralded the highest quality of entertainment. So let's recall some of the most important game devs and publishing studios of the 1990s, which today are only part of the history of computer games. What games made them so fondly remembered by us today? Why did they disappear?

What we remember for: adventure games from the Quest series 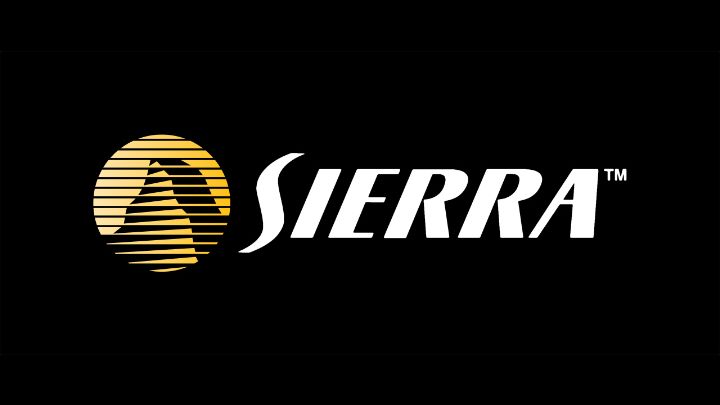 It's impossible not to begin such a recount with Sierra Entertainment – a real giant and a legend of its time. A company that, around the end of its activity, took under its wings then obscure Valve, releasing two parts of the all-time classic FPS series Half-Life. Today, the game is associated almost exclusively with Steam, Gabe Newell, and Valve, which has earned its own reputation since. Sierra, on the other hand, is still a synonym of great adventure games for which it was famous back in the day. It all started with Mystery House in 1980 – one of the first graphic adventure and horror games, with backgrounds drawn by Roberta Williams and code written by her husband, Ken. Together, they formed On-Line Systems, which later became Sierra.

Its adventure games have also evolved, thanks to the extremely popular point-and-click mechanics that didn't require typing commands manually. The lines on the black background turned into beautiful, hand-drawn graphics that we admired in various "Quests." Sierra's most famous productions are the fantasy game King's Quest, the science-fiction Space Quest, and the policte-themed Police Quest. But next to them were also the frivolous adventures of Larry the seducer, the RPG Quest for Glory and the dark Gabriel Knight.

You could say that Sierra has tried practically everything, not limiting itself to any genre or topic, nor shunting controversial subjects. The biggest ones were related to the adventure horror film Phantasmagoria, in which colorful drawings were replaced with then very popular Full Motion Video sequences with real actors. As it depicted scenes of sexual violence, the game was criticized by various political and religious organizations, and some retailers refused to sell it. Sierra was also a publisher and had a lot of minor studies under command, making its presence tangible in other genres as well, such as military and racing simulators, FPP shooters and strategies.

How did the studio disappear?

The good old Sierra ended around 2002. The beginning of the end was February 1996, when the company was acquired by CUC International. Two years later, CUC's financial scams came to light and many key Sierra people, including the original founders, left the company. Later, the company was liquidated, there were various transformations, and ultimately, Sierra became part of the French media conglomerate Vivendi, which in turn became part of Activision, which ended up taking the rights and reactivating Sierra in 2014. It released several small projects by independent artists, some of which alluded to the former King's Quest series.