Every year, gamers anxiously await announcements of new games from Sony, Ubisoft, Rockstar, and other leading publishers. Thirty years ago, the market's power distribution looked a little different. At the time, few names in the industry ignited players imagination harder than MicroProse. The company introduced everyone to the arcane of driving, flying and, more generally, operating combat machines on battlefields, then realizing our fantasies of becoming a pirate and sending ships on the Caribbean to Daveys locker. Not only that  they also let us in on the secrets of running a world-wide empire, pitted us against the UFOs, and squeezed us into a Formula 1 car in races as real as those on the TV. 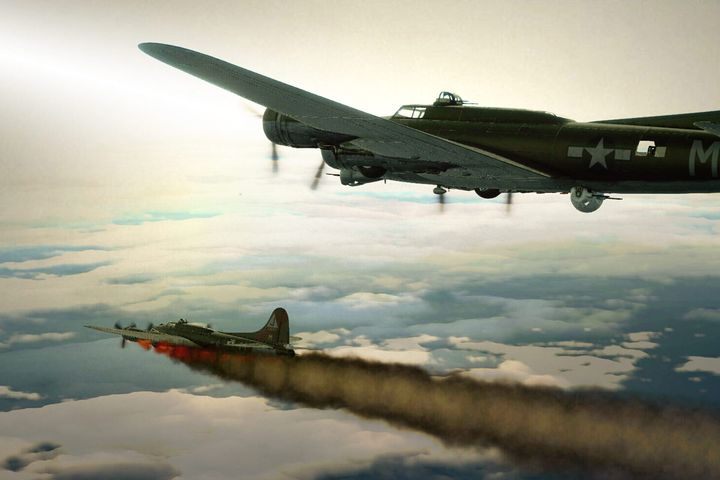 MicroProse is the studio that originally started some of the series we still play today (Civilization, X-COM) and a few that we remember with (wink) fond nostalgia (Sid Meier's Pirates!, Gunship 2000, Silent Service, Grand Prix). It's safe to say the studio is part of the heritage, the golden age of computer games, when each new release was raising the bar with astonishing graphics, and all simply gave us plenty of fun regardless of genre or subject matter.

Ironically, however, one of the most significant chapters in the history of gaming began at a drowsy, completely uninspiring sales conference held by a company that, at the time, used to manufacture VLTs.

Fighter pilot and engineer walk into a bar 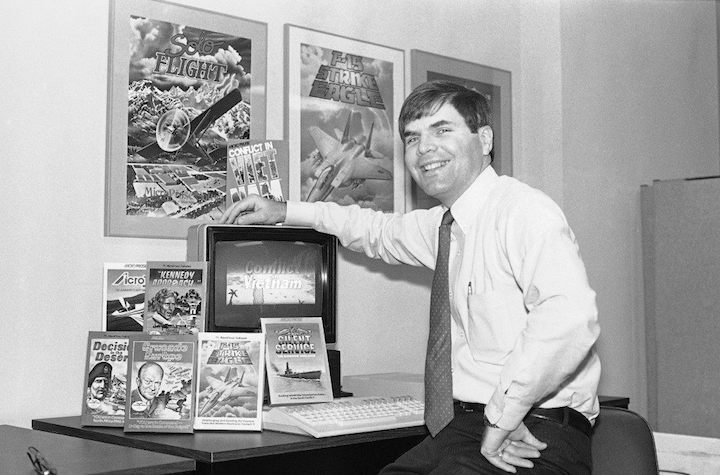 In March 1982, at a conference of General Instruments employees in Las Vegas, former U.S. Air Force pilot Bill Stealey, and Sid Meier, an engineer, met for the first time. After two days of what couldnt have been very engaged conferencing, the two were so bored they ran off to... get some diversion. They ended up in a video arcade, where Sid kicked Bill's ass in every game, every arcade box. Stealey was particularly nettled by the defeat in Red Baron  after all, he was a real pilot. Meier revealed that he'd beaten him because he'd learned the game's algorithm diagram. It was complete amateur work, by the way, and he could have created a better game in a week. "You do it, and I'll sell it," Stealey answered. Two months later, Hellcat Ace was released. By December the same year, they'd made $200k. The rest is history!

Why the name MicroProse?

It was Sid Meier's idea. He said: "We write prose for microcomputers. Why don't we call the company MicroProse? Another variant was "MPS Software.

After Sid Meier's smaller games, such as Floyd of the Jungle and Chopper Rescue, came the hugely successful Solo Flight, and another big hit, F-15 Strike Eagle. "Wild Bill" Stealey continued to fly for the National Guard and all things military were very close to him, so he knew exactly well what military games had been missing, and how to sell them. The famous aircraft sim was soon joined by a tank simulator called M1 Tank Platoon; Gunship enabled us to fly a helicopter, and Silent Service allowed us to sail aboard a WW2 submarine. Military sims became MicroProse' main thrust in the early years. 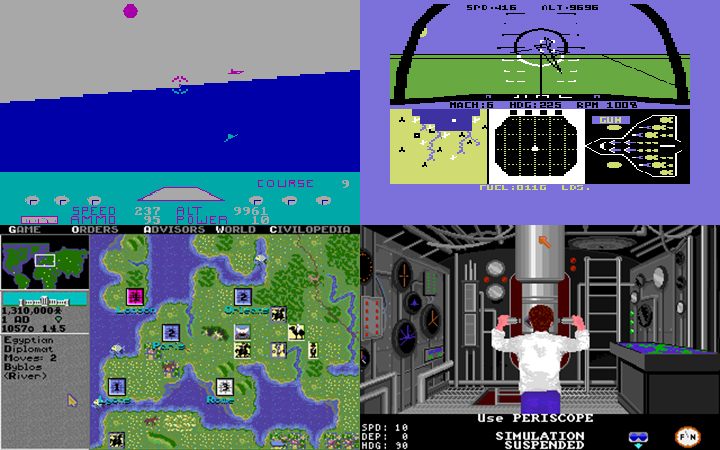 Today, a mere screenshot from any of these games would only be readable on a cellphone. From the left: Hellcat Ace, F-15 Strike Eagle, Civilization and Silent Service  hits of the early years of MicroProse.

In the late 1980s, Trip Hawkins, the founder of Electronic Arts, which was just beginning to get back on its feet after initial failures, tried to persuade Stealey to merge MicroProse and Electronic Arts. They would do sports games and MicroProse would develop military. Bill refused, which he later regretted as Electronic Arts grew to become one of the most significant companies of the industry. EA themselves eventually took over some key MPS employees and released a series of hugely successful military simulators under the banner of the famous Jane's Information Group.