When, in the first scene of Assassin's Creed Odyssey, Leonidas pierced the traitor's throat with a spear, we were all a bit shocked  this kind of visceral, up-close brutality wasn't something regular in the series. We should be shocked this time, too.

Although the first games enjoyed widespread approval of the dynamic, counter-based combat system, after five installments one could have had enough. Increasing the variety of enemies was only partly the solution. The revolution came in Origins, and was intensified in Odyssey. The counters  though present  became less important, and thus combat became less "turn-based." It was high time the games got RPG skills, and they've been a godsend  now, we can create our own "build" and fight the way we prefer (to a limited extent, of course).

The mobe brought about some issues of its own, however, and the balance of damage and TTD was terrible, creating damage-sponge enemies that should not exist in such a production. It can be baffling to watch your character deal numerous lethal blows with a sharp sword to an enemy who seems to take it all on the chin. So, the refreshment was only partial, and a little bit theoretical. Combat in AC: Odyssey was always too irksome for my taste; I always preferred to do the job stealthily. I just don't feel like laying into enemies for entire minutes to no real avail.

What's it going to be now? Blood and destruction; conflagration and murder. Combat in Assassin's Creed Valhalla, according to the creators, at least, is expected to be the most varied in the series, and the most brutal  due to its particular setting. In fact, it is hard to say whether this will be true  the gameplay presented was so economical in means that we are still inside the proverbial platonic cave.

But let's talk honestly: we've known each other for years now. I am convinced that the mechanics will not be substantially different from Odyssey, and if there will be more brutality (blood and guts are apparently the trademark of the pop-culture Vikings) it will hopefully neutralize the sponginess of enemies. I know the universe of the assassins has some quirky rules of its own, but landing an arrow between somebody's eyes can have only one effect. 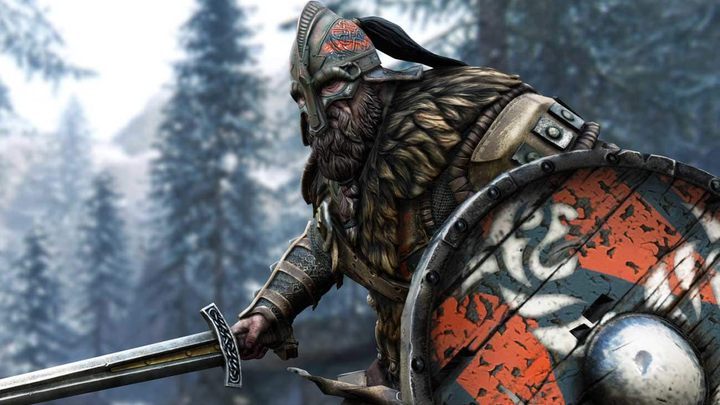 Ubisoft has already have us Vikings  in For Honor.

I'm also glad the shield is back  it's an inseparable part of the image of a Viking warrior, and it's supposed to be used as another weapon (presumably in addition to defensive capabilities). So if Ubisoft gives a little more attention to the skills, while making combat with different weapons noticeably varied, then perhaps dueling powerful enemies will no longer be a sad experience after 100 hours.

By the way, let's hope the authors don't forget the slightly less successful (but well-conceived) elements of the previous game. Odyssey had a system of conquests. The latest trailer shows an attack on a fortress or castle. The creators themselves talked about the mechanics of rallies that make it possible to take part in a true Viking raiding expedition. I doubt we'll be allowed to rape and plunder, but I'm sure we'll be able to chop a few heads off on the British Isles.