Level up  development without hidden expenses

We already know there will be no grind, and character development is supposed to be smooth and engaging. I don't seem to really believe that today, but let's hope it's just my innate skepticism. The DLCs in the previous part, which we bought with real money and which gave more gold or raw materials, certainly accounted for a significant percentage of the game's earnings. But let's assume that all this is true and this time around, the world will not limit our journeys. If that will happen I will publicly apologize the devs. Making money from exploration in a game about exploration seems as ingenious as nasty. 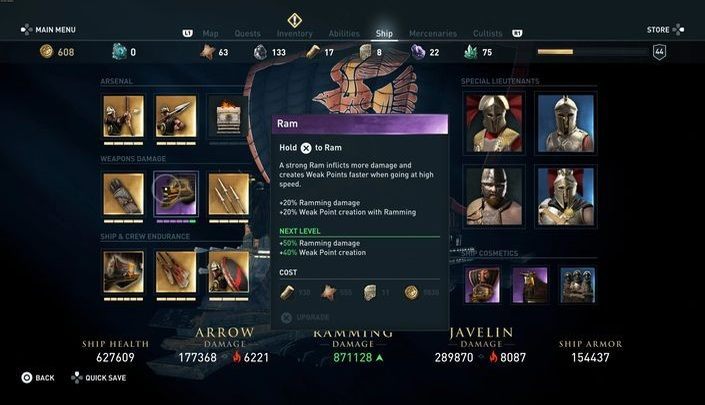 There was plenty of things to spend money on in Odyssey. It should be similar in Valhalla.

But the progression system also suffered from the ill-conceived loot mechanism. Remember the engravings? How many hours did it take you to realize they were useless? You could spend a fortune on engravings for your favorite weapons, but you had to replace them sooner or later, because keeping upgrading the old one is just not viable. So why bother with engravings at all? They only made sense in the end-game of Odyssey, and that's not a point in the game most people reach. For the first 99 hours of the game, though, they are useless.

This time, the devs announced the will emphasize not the experience and levels, but the player's skills and the improvement of abilities and equipment. While the first part is encouraging, the second part is obviously not. I mean, it's 2020  single-player games feature micro-payments, boosters, extras and other paid aid. Games are often designed only to produce microtransactions. So if I have to constantly improve my gear (and according to the announcements we will be able to go through the game with one and the same favorite weapon  exactly like in Odyssey), I fear about how often you will need to search for these raw materials. The very memory of constantly pressing "Y" on pad while riding in Odyssey to collect random resources gives me bad shivers. Let's just believe the devs don't take grind too far, and that the world is not only free of Templars, but also of mechanics that have you pay real money for virtual resources.