The depiction of the Ancient Greece was visually stunning, but whenever characters spoke, it turned out just a hallow shell. The initial, quite amusing relationship with Markos and his phrase "Everybody benefits!," possibly harking back to Milo Minderbinder, was quickly replaced with nameless, sexless, detached characters encountered along the way to the goal. Which is all the more bizarre these characters were notable figures such as Herodotus, Socrates or Phidias! I probably liked Barnabas the most out of this rather bland mix of characters. At least he had some constitution. 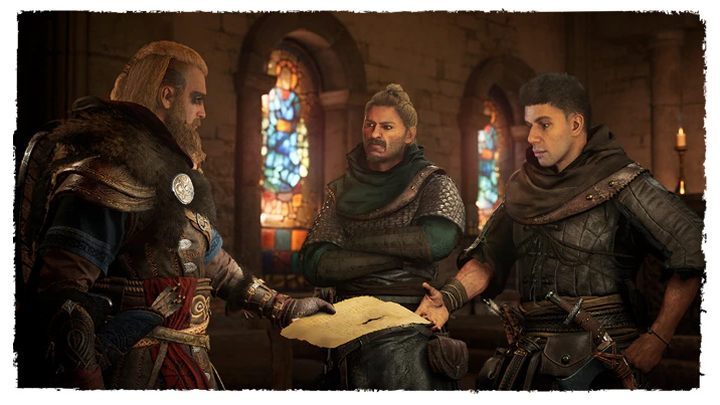 Do you think they'll have something interesting to say?

Don't get me wrong  the last entry offered plenty of obscure flavors, characters, threads and references to history. I was glad to speak to a little boy who, at my instigation, took the name Plato. But the enormity of these encounters were done in some grossly uninteresting way. The directing of the conversations with NPCs was a failure of artificiality. They often looked like mere mannequins, only with advanced animations.

This is perhaps my biggest fear and at the same time my biggest wish  to see characters of flesh and blood, with compelling stories and vivid biographies in Assassin's Creed Valhalla. Let these characters be alive, let them speak to us with an accent, without sounding so artificial. It doesn't take Rockstar Games-level of narrative skills, but a greater focus on dialogue will greatly benefit the immersion.

Scandinavia and early medieval England are the perfect setting for a thick and bloody plot. I can even run around villages and collect chicken eggs if that's what Ubisoft wants me to do. But only if I get a great, involving story.