The greatest concern that the reveal didn't refute is that Assassin's Creed Valhalla is really just Odyssey but in the north. For some it will be a great advantage  and you might be surprised now to learn that I will be among those people at the end of the day. But I can't help but notice all these flaws of Odyssey, and how little they need to become assets. 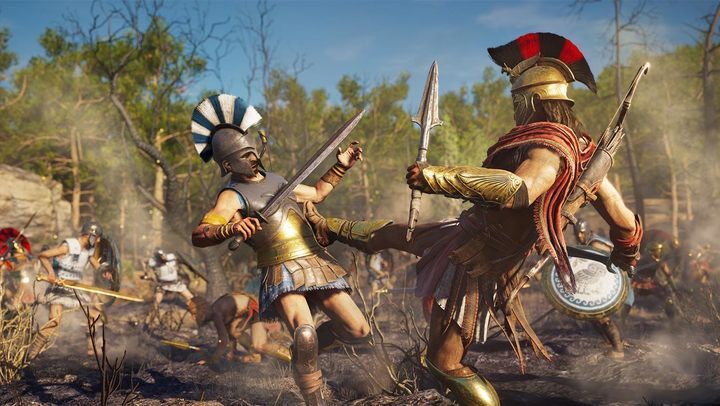 I have played this game for over 100 hours, after all.

I even uesd to be a staunch opponent of Assassin's Creed Odyssey. I couldn't stand the quests invented by Fiverr copywriters, the ridiculous plot, its holes, and the lukewarm modern thread. I am irritated by the monstrously bad NPCs that once  in years 2007 and 2009  Ubisoft bragged about so much (and for a good reason). I'm annoyed by the nasty, money-grabbing grind in a single-player game, the economics, and the preposterous side-quests.

Still, I'm not uninstalling the game  to the contrary, I want to pack another 20 hours or so to complete achievements in the core game and finish the expansions. Why devote 100 hours to a game that I seem to hate?

The answer is as simple as it is contradictory: because I love it. I love this sprawling, immaculate design of the beautifully painted and vibrant world (alive, even with zombie NPCs!). I love watching my avatar  dressing it up in armors, costumes and equipping it with weapons. I love the way day gives in to night over the Greek islands  the distant lights in the dark, the noise of the waves and the beautiful sky. I love climbing volcanoes, hiding in the grain at high noon, jumping headfirst from high cliffs. I am delighted that Ubisoft is regularly giving me a virtual trip to another world and another era  in which I spend dozens of hours running through roofs, trees, walls and ship decks. I don't even particularly like the Ancient Greece!

Let me show you how special my relationship with the Assassin's Creed series is in the following paragraph. In Assassin's Creed Valhalla, you'll get the same set of rock-dumb NPCs with the memory capability of a fish, you'll find hundreds of completely forgettable side quests, as well as 150 forts to conquer and 100 vantage points to climb. But beyond that, you will also receive a piece of an incredibly beautiful world, where you will spend dozens of hours accepting its flaws. To be perfectly honest  I can't wait to be cheated again.