Games are difficult in different ways. There's Darkest-Dungeon hard, where you can lose your team of top fighters in a matter of minutes  whereas getting that team together took 15 hours. There are difficult games like Sekiro, where you take on the monkey boss dozens of times only to see his headless body rise to fight on. And finally, there's a level of difficulty out of this world, and the prime example of this is the Crusader Kings series. The entry threshold is so high that it's not a game you can "just start playing"  this is a game you have to prepare for. You'll likely end up watching YouTube tutorials and perusing the Internet for advice. There's an anecdote I remember about quite a prominent reviewer, who only learned that building is possible in the game after he had reviewed Crusader Kings 2. These are not games you can approach without making sure you have enough of time and energy.

It was always the level of difficulty, as well as the slew of additions and updates that always seemed to put people off this series. Hard data is hard to obtain, of course, but the creators themselves have admitted that in the case of the new installment, they are aiming for those people who always wanted to play CK2, but bounced off. Well, I'm one of those people. I've recently spent 10 hours with an early version of CK3 and I think I already have plans for this fall. 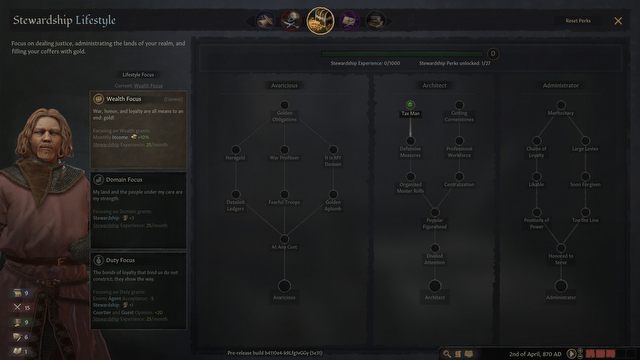 Is it possible to spend thousands of a game from a certain studio and be completely unable to derive any pleasure from playing their other games? It would be no exaggeration to say that the works of Paradox have accompanied me since I was a kid. I played Europa Universalis so hard (mainly one and two, I also spent many hours on the spin-off the Crown of the North); I also played a lot of the first Crusader Kings, but since I preferred wars to marriages, I always favored the EU series. Then came the other great strategies from the Swedes  some of them I played (Hearts of Iron 1 and 2, the magnificent Stellaris) and others I missed (EU3).

One of those Paradox games I missed is Crusader Kings 2. I've even had a few attempts at it, but I think I spent more time watching tips on YouTube than playing. The last time I skidded offCK2 was this year  shortly after it switched to a free-to-play. I decided to play one of the Irish families and I strongly advise everyone against it. The Irish, man... I mean... I just gave up.

But I promised myself that I would give this series another chance  is there a better time to start an adventure with such a game than the very beginning of its life cycle? When the game doesn't come with a load of years' worth of additions and expansions, which are of course welcome by the old guard, but which at the same time create wall that's hard to break for newcomers. I decided to check it out and it seems to me  because after 10 hours I can't be entirely sure yet  that things are much, much better now.

So, this article won't be just a collection of info about Crusader Kings 3. It's addressed to people like me  who have an issue with the series, and have been wondering whether it's worth it this time around. 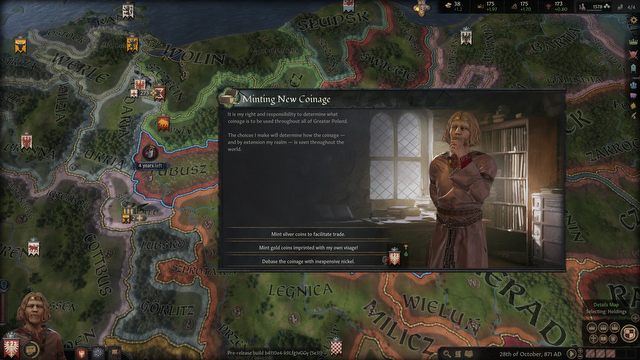 Crusader Kings 3 will replace the wildly extensive number two. However, if you were hoping that the "three" would incorporate all the solutions introduced in the previous installment, you may be surprised. Paradox is a company that has mastered two things  first, the nearly life-long support and monetization of its single-player titles, and second, obviously, the creation of great strategy games  what's funny is that they don't really have any competition in either.

To buy all available extensions to Crusader Kings 2, you have to spend above $100. You can certainly settle for a less extensive version (which still will be huge), but that price should give you an idea of what we're dealing with. Fortunately, the Swedes provide unwavering support throughout years for regular payments (in CK2's case it's been eight years  many MMOs are barely alive after this amount of time), free updates and tons of new content. Nothing is free, but Paradox at least guarantees quality  even the not-so-popular Emperor Rome delivers. 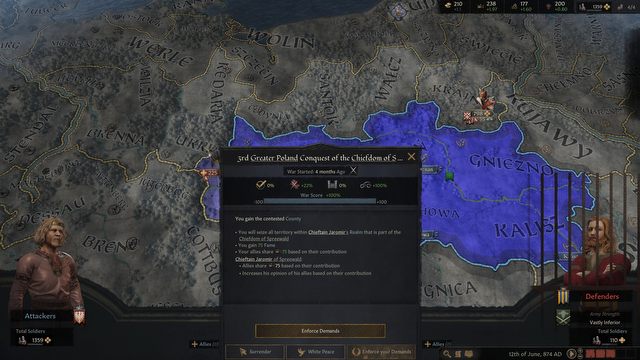 According to our users, Crusader Kings III for PC was a disappointment - the expectations before the release were higher than the current average user score. Our reviewer rated the game 8.5/10, you can read full review here: Review  Crusader Kings 3 is a Game without Competition