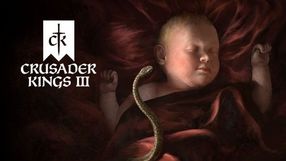 Crusader Kings: Chronicles is a spin-off of a famous PC series of strategic games by Paradox, rendered as a mobile gamebook with RPG elements. The plot of Crusader Kings: Chronicles, created by an author of historical novels and fantasy, M. Harold Page, takes us into medieval times, right into the middle of the conflict between Scots and English. The protagonist is a young noble by the name of Guy de Rose, who inherits a great castle after his deceased father, and has to establish a firm grip over his domain, earn the respect of local population, and thwart the plans of an enemy, who wants to take over his inheritance. The mechanics do not venture far off the standards of the genre, and the gameplay boils down to following the plot (which is non-linear to a considerable degree) and influencing the events by choosing one of the available courses of action. A lot of emphasis has been placed on creating and maintaining relations with other characters. The game is seasoned by some RPG elements that allow the development the hero's statistics. 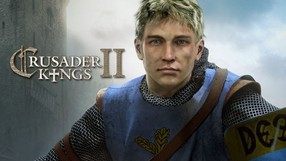 A sequel to the expansive strategy game Crusader Kings, which came to existence in 2004 as a medieval-themed spin-off to the popular Europa Universalis franchise that has been developed for over a decade by Paradox Studios. The game is set in the 11th century, and you play as a prominent Christian noble, who aims to secure a successful future for his house. Throughout the gameplay you have to oversee a a number of areas essential to the development of your kingdom: social and feudal issues, military, diplomacy, and religion. The most noticeable modification, as compared with the previous game, is the developed psychological aspect, giving more weight to social relations and individual motivations of your subjects. Other changes include the introduction of barons who manage provinces, royal spies, increased importance of women, and far-reaching relations with the Church.

A sequel to the 2001 strategy game Europa Universalis II, which focused on a 400 years period between 1419 and 1820. Crusader Kings can be considered a prologue of the previous standalone installment of the franchise, taking place earlier and allowing us to lead the European nations in the years 1066-1419. Like its predecessor, Crusader Kings is a faithful simulation of the period, taking into account diplomatic, social, military, religious and feudal relations. The greatest difference between the two games is the fact that Crusader Kings doesn't focus solely on the development of your nation, but building the prestige and influence of your dynasty. A huge innovation is the new combat system, faithfully recreating the differences in the offensive capabilities of the individual nation's units.