Deliver Us the Moon Game preview

The average distance between the Earth and the Moon is 384 thousand 400 kilometers; it took more than three days for the Apollo 13 mission to reach the Earths satellite. When playing Deliver Us the Moon, the player will wind up on its surface in less than 30 seconds. Still, the launch sequence and the ride to the orbit observed from the inside of a rocket through a tiny reinforced window, accompanied by the sound of engines burning through a dozen of tons of fuel per second and vicious rocking, make quite an impression. From there its just docking at the space station and taking an orbital elevator down to the lunar base on the surface. A few small steps for a gamer, one giant chance for the Dutch developer team at KeokeN Interactive - their ambition is to create a simplified simulation of an astronaut of the future. 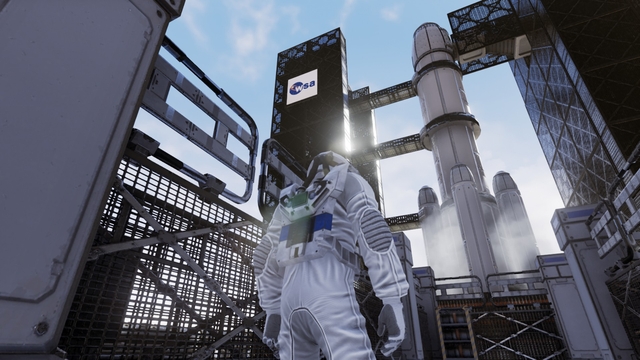 Heres the rocket that will fly you to the moon.

According to the plot of Deliver Us the Moon, in the near future most the Earths natural resources will be depleted. To face the impending disaster an international institution, Worldwide Space Agency, was established and tasked with organizing a lunar expedition that will gather the research data, information, and resources required to secure humanitys future. The odds are against you, and the mission is top secret, which means that even if you succeed you will become one of the unsung heroes whose courage and dedication may have saved the Earth but will have to remain hidden from the public. Concerning the mission itself, the creators have used the expression do-or-die, which also says something about your chances of survival.

The game was positively verified on Steam Greenlight, but the Dutchmen have simultaneously launched a Kickstarter campaign asking for one hundred thousand Euros to complete the game. Seems like a bold number for such a small company, but apparently enough to finish all five episodes of the adventures of our spaceman. This, rather popular among adventure game developers, production model was chosen because of limited manpower the company is able to put to work on DUTM. Should the crowdfunding campaign yield good results, the game will be completed. At the moment I am writing this sentence however, the campaigns initial goal has yet to be achieved. Which doesnt mean that the developers have been sitting on their hands, watching the show. KeokeN already have a 131 thousand Euro worth of budget at their disposal, and the additional funding will only help them develop the game further. 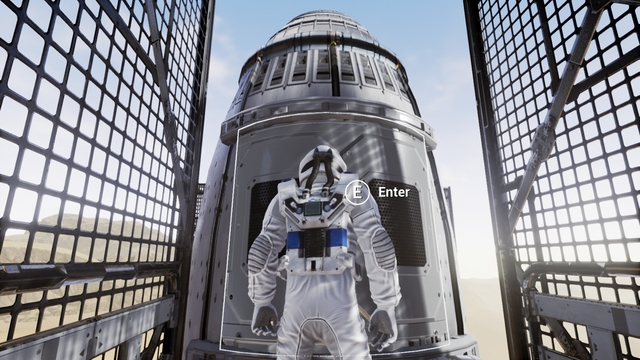 The narrow, barred passages near the rocket are the games way of saying  nothing to see here.

Some companies ask for much, but have little to show to back up their claim. Or nothing at all, for that matter, betting on the trust and curiosity of gamers. KeokeN have already provided us with a short demo fragment of the game, allowing us to snoop around the rockets vicinity, complete the launch sequence, and spend some time walking the corridors of the lunar base learning to employ two useful tools in the process. Before we proceed to a more detailed description, I ought to mention that the final version of the game will not only feature more tools  including a jetpack, allowing us to travel in the near-zero G conditions on the Moons surface  but also vehicles. We can assume that a classic moon buggy (or LRV if you prefer) will make an appearance, but among the games mechanical designs we can also see something that looks like the Mass Effects Mako, alas, without the turret. Yes, realism, I know. 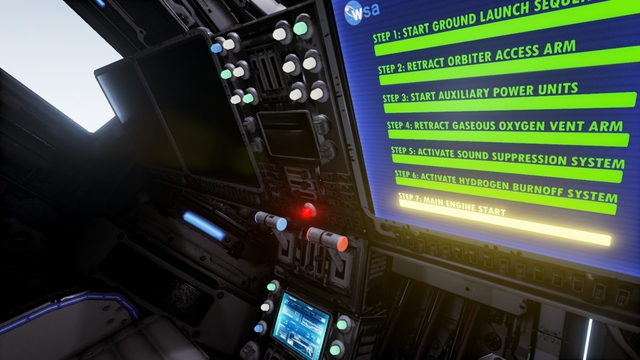 The launch sequence is one of the most interesting elements in the demo.

When you launch Deliver Us The Moon, youll notice that theres not much to be appreciated yet. Dont get me wrong, the visuals are very nice. Its just that the thing that constitutes the majority of our visual experience are hundreds of meters of barred passages, separating us from the desert surface of the planet, that lead us to the elevator we use to reach the command module of the rocket. By default we observe our character from third-person perspective, but we can change it to FPP. The 3D model of the astronaut, as well as his animations, are quite decent. Later, when we get to explore the abandoned corridors of the lunar base (remember Dead Space?), we will sometimes encounter areas with no oxygen. Those sections will prompt a timer to appear on the characters back, showing us how much oxygen, in seconds, is left in his suit. One thing I dont understand is what does lack of air have to do with gravity, because, upon entering such sections, the way our character moves suddenly changes, only to be back to normal as soon as we clear the no-breathing zone. Apparently no air = no gravity. But thats just a minor inconvenience that pales in comparison with the following question: who sends a single man on such a dangerous, and no less critical, mission, and to a completely desolate facility at that. We have to remember, however, that right now the game is basically a tech demo, the job of which is to show us what exactly can the creators do with Unreal Engine 4. 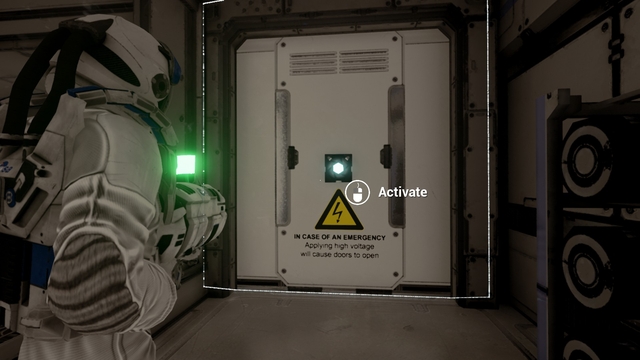 To open some of the rooms we need to use a rifle that emits a white beam of something, aiming it at some other something that resembles a small fan mounted on the surface of the door.

The launch sequence, mandatory if we want to see something more than the launch pad, gives some ideas on how will the vehicles be operated in-game. Providing us with hints, the game displays a complete launch manual, and we just have to follow its procedures pushing the right buttons and operating the handles controlling the thrust. While the task itself is easy, it offers a nice, immersive experience. For the moment at least.

So far the game almost completely lacks interactive elements. While exploring we will operate a few devices, allowing us to get a hold of a special rifle used to open doors throughout the base and breathe life (or put new batteries to be precise) into ASE, a small, floating robot resembling its counterparts from Halo, Portal, or, more recently, Destiny. Its utility is currently limited to a single case of bringing the elevator online, but according to the creators our personal satellite will be eventually able to help the astronaut face many of the dangers lurking around the base. Thats hardly comprehensive information from the authors, but we have no reason to doubt its credibility at the current stage of development. 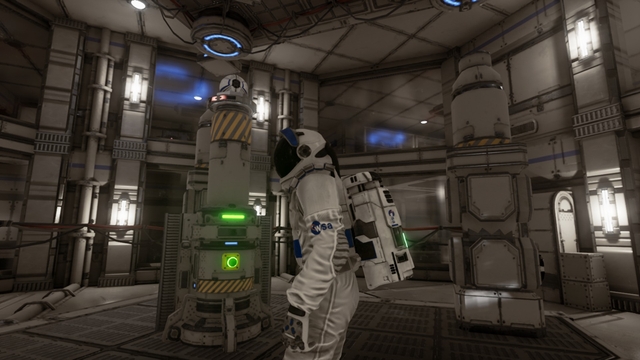 The game runs on Unreal Engine 4, making even the corridors look more than decent.

Unfortunately, the current version doesnt tell us anything concerning the research we have to conduct or the implementation of resource gathering. If we try to go outside of the base, the demo ends after a dozen or so seconds. We can assume, however, that the final version will feature more logic puzzles, maybe even some intriguing story that can be learned through the recordings we find. At least thats what I hope for, because currently, other than the matching music, we will not hear a single word from our helmet-donning protagonist. My suspicions are confirmed by the information published on Kickstarter, according to which 10% of the money raised by the campaign will be spent on plot development. Stretch goals include Oculus Rift support or even, nigh impossible If you ask me, hiring a cast of actors to provide the game with full voice acting if the campaign manages to raise 250 thousand Euros. 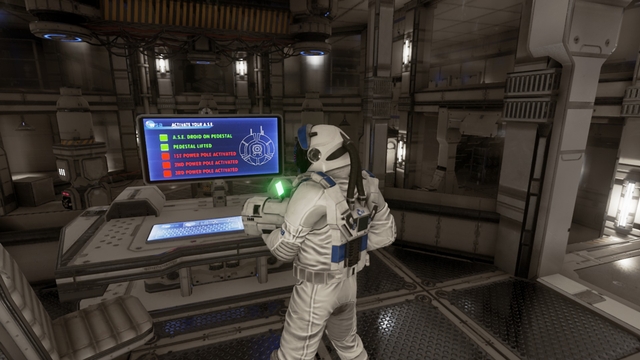 The screen will guide us through the launch procedures.

The question is, should we be expecting anything from this game? Is it worth keeping an eye on it? It certainly wont hurt to check on its progress from time to time. It will mostly depend on our expectations; do we want to play an adventure puzzle game, an exploration game, or just another survival game? In theory, every episode will focus on uncovering the secrets of a facility belonging to a different Earth nation; which tells us almost nothing. KeokeN is hardly an experienced team, and their website lists as much as three other projects, only one of which looks like a video game material. Lets not forget, however, that the demo itself, while lacking many cognitive features, is a rather solid piece of work. Thats a good forecast. The first episode will be released in August, this year, and the rest  assuming that the campaign achieves its goal  will be ready by August 2017. Lets hope all goes well. 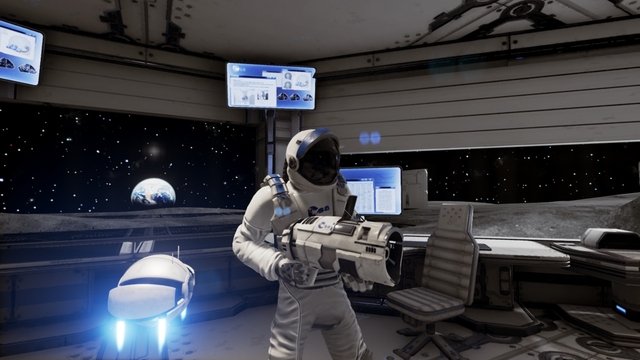 Deliver Us The Moon in a nutshell: an astronaut, a UTs Flak Cannon expy, ASE the flying robot, the surface of the Moon under our feet, and the distant Earth above our heads. 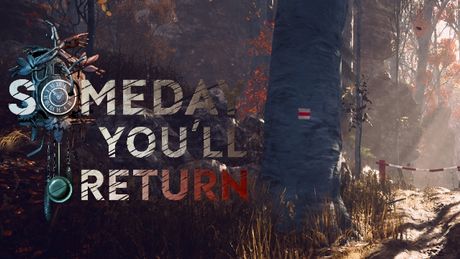 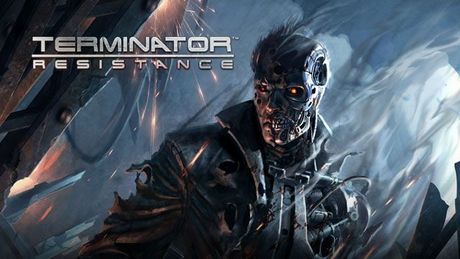