Deliver Us the Moon for PC and XONE is a science-fiction FPP action-adventure game featuring survival elements. The game is the first major project of KeokeN - an independent Dutch studio formed in 2013. Deliver Us the Moon was financed mainly through Kickstarter.

The player is taken to a near-future period (the year is 2069), when the human civilization has to face total depletion of the planet's resources. In order to solve the problem, the governments of the world's strongest countries establish the Worldwide Space Agency, which has enough funding to resume the exploration of the Moon. The player is put in the shoes of WSA's astronaut sent to the Moon among others on a mission to save the human race. The player explores abandoned bases and research facilities. At one point however, the protagonist discovers the existence of a huge conspiracy which sheds new light on the Earth's situation.

In Deliver Us the Moon for PC and XONE, the player can choose between the first-person and third-person views. The gameplay itself focuses on exploring the extensive, open game world (surface of the Moon) for the most part. During the journey, the player solves subsequent puzzles, which allows for progression in the story, but the player is accompanied by a small, flying robot named ASE (All-Seeing Eye). For instance, the player can make his way through a set of dangerous zones or face many threats encountered thanks to help the robot offers. The player has a stellar vehicle at their disposal, which makes it easier to explore extensive areas. Also, a jet pack was given to the protagonist to use, which allows the player to reach the locations inaccessible without it.

Survival elements were interwoven into this adventure-like experience as well. During the mission, the player encounters locations that lack oxygen. Consequently, the player has to make the best possible use of the air they have remaining. The crafting system present in the majority of open-world survival simulators was replaced here by one universal tool at the protagonist's disposal. Through discovering new technologies, the player can modify both its appearance and purpose alongside progression. Obviously, the tool is used in solving different problems encountered along the way.

Deliver Us the Moon for PC and XONE utilizes the acclaimed Unreal Engine 4, which delivers the player with a great visual experience. Furthermore, the PC version supports virtual reality sets, such as Oculus Rift, though owning one is not required to launch the game. 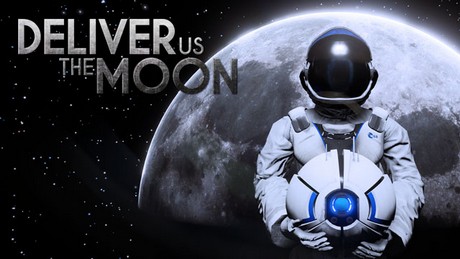 Deliver Us the Moon hands-on - An astronaut saves the world

Theres a good chance that many of you missed out on becoming an astronaut. Until now that is, because Deliver Us The Moon puts us in the shoes of an unusual astronaut, someone even beyond the most daring space explorers. It's time to save the human race.