The Middle Ages, contrary to stereotypes, weren't all that dark whether in terms of scientific progress, tolerance or quality of architecture; they don’t fall short when compared to the cherished antiquity or the Renaissance, which enjoys particularly good PR for some reason – and sometimes it’s the medieval period that comes out on top. If you fancy yourself a fan of the Middle Ages, or simply an economic strategy lover, we have good news for you. After ten years of absence, one of the classics of the genre returns to the scene – the third installment in the warmly-received series The Guild will appear on PC early next year. Once again, we will travel to cities of the northern Europe and guide our merchant family to power and wealth supreme. This time the game is developed by the Canadian studio GolemLabs, but having talked with the developers, we now know that things and changes are going in the right direction, and that The Guild 3 will be worth the wait.

The Guild series is one of those games that are difficult to summarize in a simple manner. Just the fact that to describe it one must name three separate genres – strategy, RPG, and life simulator – says a lot. If I were to attempt an illustrative comparison, then I’d say we are dealing with Game of Thrones mixed with The Godfather. The Guild puts us in the shoes of the head of a merchant family (here's the strategy element), where we influence the fates of its subsequent leaders (life simulator) and seek to expand our sphere of influence, developing our merchant clan through an extensive skill tree (RPG). The creators emphasize that their goal is to create a production which won't impose any gameplay style on the player – for example, we will get experience for virtually any form of activity. It is entirely up to us who we will become in the end – a respectable politician or a medieval version of Don Corleone. 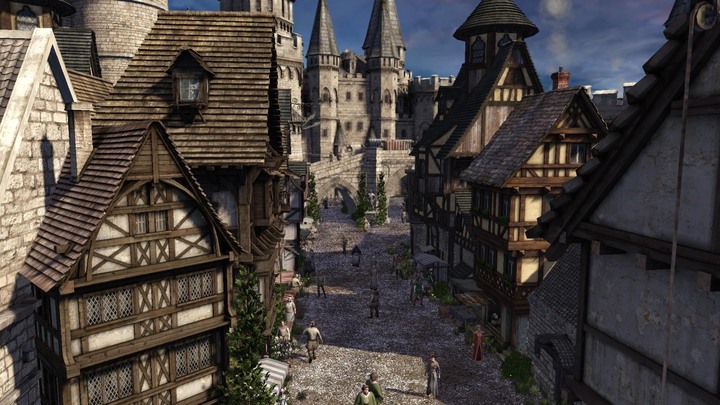 Assassin's Creed: Unity this is not; still, pretty good, considering the genre. 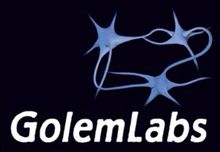 Studio GolemLabs is responsible for the third installment of The Guild series, appointed for this task by THQ Nordic. That's a new experience for this team; fortunately, in its ranks we can find some veterans from 4Head Studios, responsible for the previous parts of the series. As you may recall, the former publisher of the cycle, JoWooD Entertainment, went bankrupt in 2011 and THQ Nordic bought all of its assets and subsidiaries, including the rights to The Guild series.

In The Guild 3 we start our as a simple townsman running a small business and the leader of a rather insignificant family, and our goal is to earn a lot of money while gaining popularity and influence. And so we work, trade, and participate in the social life of the town. With the development of our character from time to time we will encounter progressively shifting challenges: first, they are of an economic nature, but with the increasing strength of our family we will be able to hire others to do our work so we can focus on politics. Once we achieve our first successes there, it will be time to engage in the activities of secret societies. During the game we will have to deal with threats like the thieves guild or the Masonry. We will also have to compete with other families, and all our activities will take a form much larger and more sandbox-like than in the previous games.

Better is the enemy of good

When working on the new installment in the series, the developers always face a dilemma – whether to introduce all the elements of the previous games from the beginning, or to add them later on through paid expansions. For obvious reasons, the latter approach was never a fan-favorite – the neutered basics version of The Sims 4 or Civilization V released without numerous gameplay mechanics have drawn tons of criticism. Fortunately, the team at GolemLabs chose the former – promising that The Guild 3 will contain everything the players loved in the previous parts, plus a few additions. The most important of them is a much more sandbox-focused approach to the gameplay. The game begins in the year 1400, and continues from there for as long as we like (just don’t count on the era to change – it won't happen, even if you wait hundreds of years). We will be able to choose from 12 realistic maps, modeled after actual medieval cities, including Paris and London, and reproducing the distinctive architecture of that era – the creators promise that the maps will be as much as sixteen times larger than those in The Guild 2. The entire game shapes up to be much grander than its predecessors. 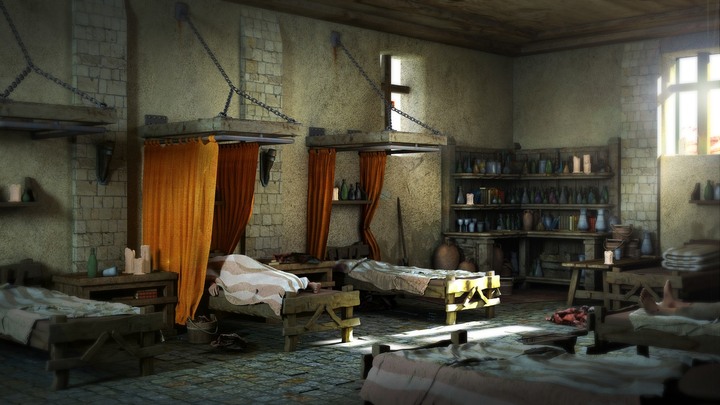 Medieval hospital? Uhh... is there a health insurance agent in the building?

The changes to the visuals seem like the obvious thing to do – after all, it's been 10 years since the release of the previous installment. The improvement graphics are powered by a heavily modified version of the engine that was previously used in... Darksiders, another game from this publisher. Although initially it seemed like the game won't be looking very impressive, the version I was shown by the creators (something between an alpha and beta build) looked pretty good. Of course, if we zoom in enough we will see that the visual detail levels cannot even compare to the games like, say, Assassin's Creed: Unity, but the morning vista of the town (the game will feature a dynamic day and night cycle) makes quite an impression. Compared to standard strategy game quality, the visuals look solid and their refinement and focus on realism will let us feel the medieval atmosphere of the cities of northern Europe. 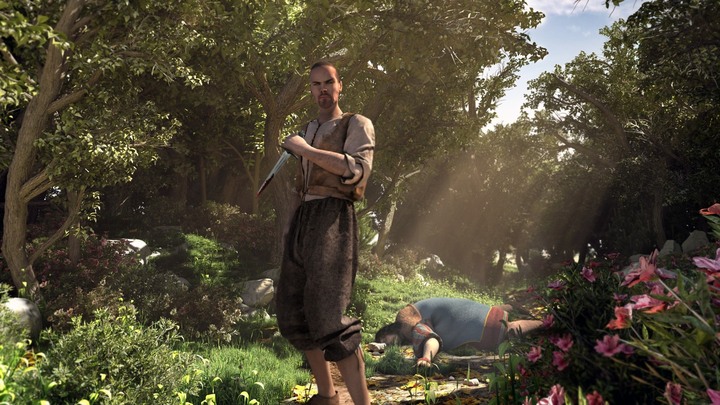 There's the crime, will there be a punishment? 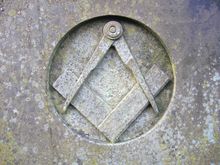 The leading theme of the new installment are secret societies. Our character can sign in with e.g. the alchemists guild or join the ranks of the Masons. This, however, is where the series strays from actual historical setting, because Freemasonry in its contemporary form of secret lodges is the product of the 18th century. In the Middle Ages they were simply groups uniting artisans working in the same profession – in this case stonemasons. Other groups that banded together were locksmiths or tailors. They fought, obviously, for their privileges, defended the rights of their members, but they could hardly be called "secret societies".

This is not the only compromise on realism. In The Guild 3, as in previous iterations, we will find, for example, potions that will prolong the life of our current avatar. 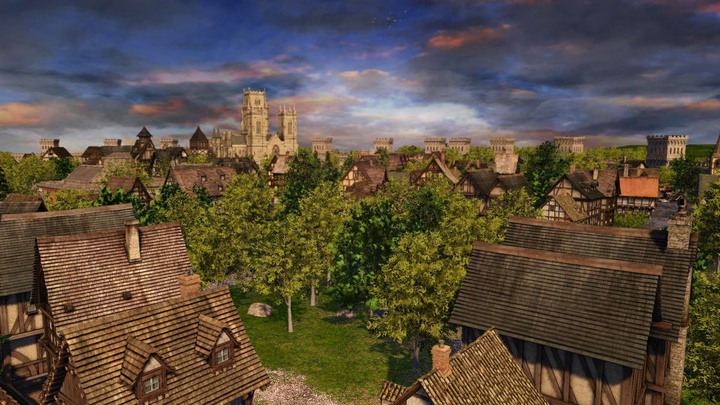 Many things can be said about The Guild 3, but let's focus on politics for a moment. At some point, the expansion of our merchant family will reach a level that will guarantee financial security. When it happens, the game offers us the option to switch the economic system to automatic, which will allow us to focus on struggles for political influence and scheme to undermine our competition. Court hearings and competition for political offices – both elements known from previous parts – will make a comeback during this phase, but the developers promise to simultaneously simplify and expand those elements... It may sound paradoxical, but the point is that those elements should be easy to master while retaining a big impact on the game. The public will play a major role in both of them – although citizens have no direct influence on the courts or the authorities, both of those institutions must respect their opinion. Which means that if we play as a popular public figure and we will be accused of a crime at some point, there is a chance that the public opinion will pressure the judges and win us innocence. Should, however, an unfavorable sentence be announced under such circumstances, our enemies may find themselves in an even worse situation, because the public may find the verdict unjust and will turn against our adversaries. 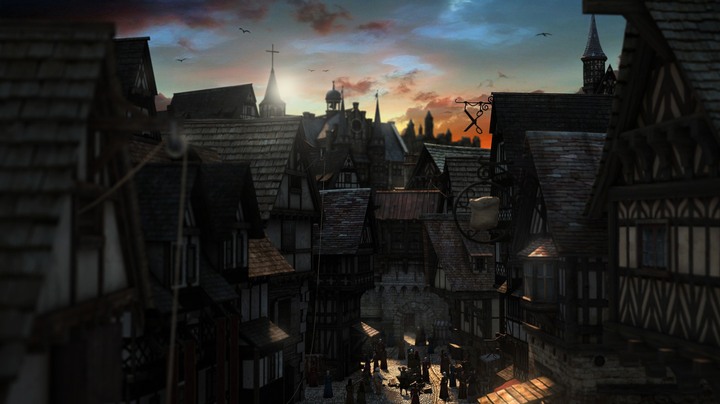 The night and day cycle is impressive.

The gameplay will be crowned with a system of guilds and associations – some of them will be public, and some secret. It will depend on us which of those we will try to appease and which to lock horns with. Assuming the AI of the NPCs will actually be as developed as the creators promise (every resident of the city, family or guild is to have their own beliefs and moral values), we may actually be able to feel like a hero of a medieval game of merchant thrones.

Among the economic games set in Medieval northern Europe one more series stands out., Featuring pixel graphics characteristic of this period, Patrician dates back to the ’90, but its biggest success didn’t come until ten years later. In the subsequent installments we watched everything from above, and our goal was to create a trading empire. It’s a pity that after the somewhat more modest title from 2010 the series came to an end. Perhaps it will come back like The Guild did? 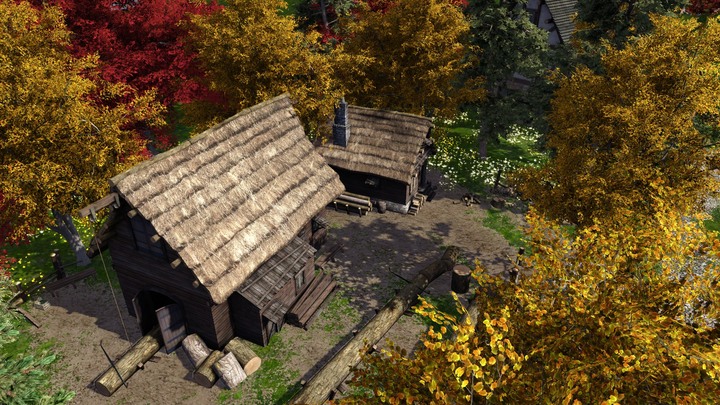 Middle Ages not so dreary

It’s hard not to notice a recent trend that is a source of joy for hardcore gamers. Apart from releasing impressive productions targeted at a wider audience, big publishers are becoming more eager to take interest in smaller titles. These may not have a huge following, but they attract a dedicated fanbase made of old-school loving gamers, who appreciate a complex experience. Recently Doom made a bloody comeback, and the amazing Cities: Skylines underwent an overhaul of the city development system. Right now the team at THQ Nordic brings back to life the classic titles from its portfolio: Spellforce and The Guild, which comes as another proof that it’s worth it to revisit forgotten genres.

I’ll be happy to check out The Guild 3 when it comes out. Refreshed graphics, focus on sandbox character, and the addition of new elements to previous installments all indicate that aficionados of this peculiar genre mixture have something to look forward to. What seems to be a good sign is also the fact that the creators promise to support the game for a long time to come. Still, even if they fail, there will be tools for modders. And since the title will appear on Steam and will be compatible with is Workshop, there’s nothing to fear. In 2017 GolemLabs is going to take us on a journey to the late Middle Ages and everything seems to suggest that it will be one hell of a ride. 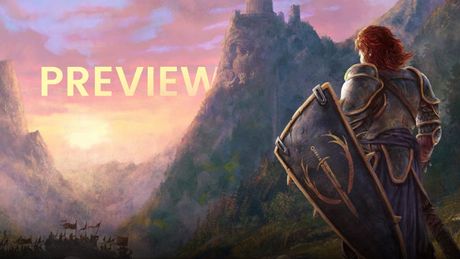 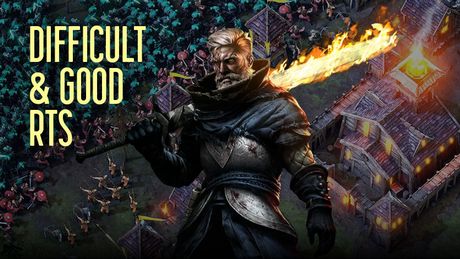 The Dark Souls of RTS debuted in Early Access – it's called Age of Darkness: Final Stand. This production made me fall into an abyss of madness and despair. Here's why.