Lords of the Fallen wasnt as good as some of the more enthusiastic players hailed it to be when they claimed that the Dark Souls franchise has found a dangerous rival, but it turned out to be a commercial hit nevertheless. A hit big enough for German developer Deck 13 to launch a project based on similar mechanics, but with a different story and a completely different setting. 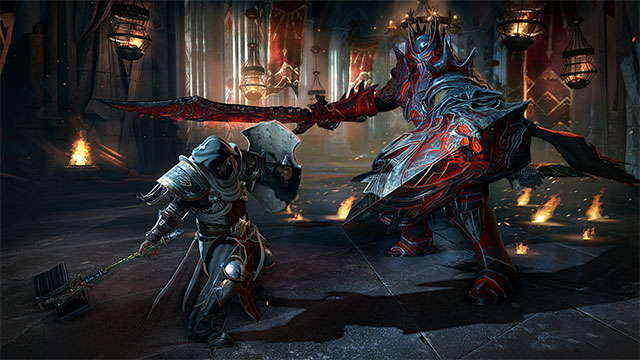 After Lords of the Fallen, Deck 13 would like to try out a different setting.
IN SHORT:

The biggest change, in comparison to Lords of the Fallen and the Dark Souls series, is the setting. This time, instead of brutal, dark fantasy, Deck 13 bets on Sci-Fi - The Surges plot is set sometime in the near future.  Its our vision of the world in the next few decades  not a post-apocalypse, but just another world troubled with its share of problems. said Treffer. The creators intend to put major focus on the narrative and want environmental storytelling to play a substantial role in it  dialogues and cutscenes are to be kept to a necessary minimum. According to their opinion  The pieces and elements we find in separate locations will come together to tell us the story. The game will see a reprise of a well know formula: instead of open world, we get vast, explorable locations. What does change is the protagonist. Hes no mighty champion fighting to save the world from peril. This time, hes just a simple worker, whose only advantage and strength lie in his special exoskeleton. 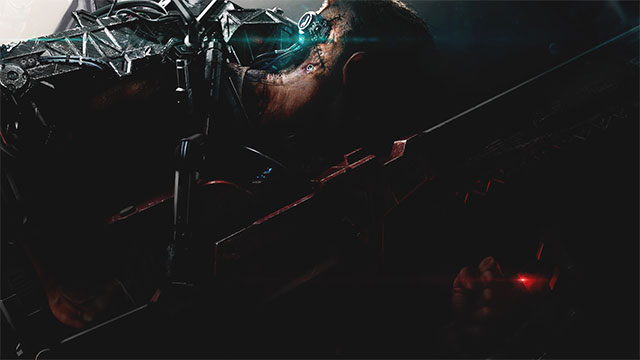 The exoskeleton is one of the features that is supposed to separate The Surge from competition. In the early stages of the game, the armor gives us some advantage over poorly protected enemies, but sooner or later (my moneys on very soon  The Surge is inspired by From Software games, remember?) we will be facing enemies possessing similar - or much better than ours - suits. To fight on equal footing with the strongest of our opponents, we need to collect pieces of gear necessary to upgrade our exoskeleton. And this, my friends, is where we ask our adversaries to lend us a hand. Literally.

Heres the other big novelty. Advanced hitbox system allows us to dismember our opponents, effectively crippling (Couldnt pass on this one, sorry) their will to fight. Of course, hitting the exact spot you were aiming for wont be easy, since the enemies wont just idly sit by as you try to chop their limb off. Should you manage to land a hit, however, your enemy will be put at a life-threatening disadvantage. Or not. The new setting forces the developer to create new enemies: exoskeleton-donning soldiers are one thing, but we will be facing inhuman hostiles, like robots, as well.

According to Timo Treffer, there will be no major changes in combat mechanics:  The mechanics concept used in Dark Souls is very good. Theres no reason to reinvent something that worked well in earlier games. he said, but assured us, at the same time, that the games visual design should be enough to prevent The Surge from being accused of simply ripping-off Dark Souls. Deck 13 aims to make the fights more dynamic and requiring more tactical awareness  every opponent will force you to adopt a specific way to deal with him. Additionally, the blocking mechanics has been said to be evolving, but the German developer didnt mention where exactly is this evolution heading. 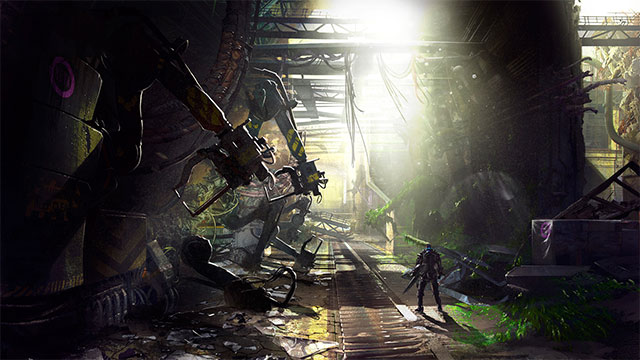 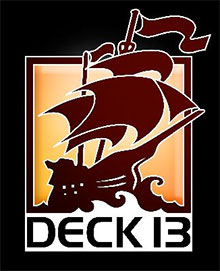 The German Deck 13 was founded in 2001 and is currently based in Frankfurt am Main. They are known mostly for the Lords of the Fallen, but their works include other titles like, for example, the well received Ankh series of adventure games.

The interesting part is that, while being set in a futuristic environment, the game focuses almost exclusively on melee combat  we will be finding some ranged weapons but, since the ammunition will be scarce, they will be considered almost luxury items. For the time being nothing has been said about possible appearance of magic in the game. To compensate for these limitations, the creators intend to introduce a plethora of weapons divided in multiple classes and offering numerous, unique combat styles. Treffer mentioned that choosing a new combat technique will not simply improve our combat efficiency, but create a completely new combat experience.

All this information needs to be taken with a grain of salt, obviously, since the development process has only just begun. Among others, Deck 13 mention Venetica  their previous game that faced a rather lukewarm welcome back in 2009  as their inspiration. The Surge will run on their trusted, Fledge engine, the same one that was used in Lords of the Fallen. Thats not necessarily good news since, as we know, the game suffered from numerous minor and a few major issues especially on PC. However, should these issues be resolved, we can get a truly interesting variation on the challenging action RPG genre as soon as in 2017 (the creators mentioned that an even earlier release date is possible, but I find it highly unlikely). All in all, even if The Surge turns out to be nothing more than Dark Souls in a Sci-Fi costume, it may provide a pleasant break from the, ever-present these days, dark fantasy settings.

According to our users, The Surge for PC was a disappointment - the expectations before the release were higher than the current average user score. Redakcja przyzna³a jej notê 7/10, zachêcamy do lektury recenzji: The Surge 2 Review  Futuristic Dark Souls