Kingdom Come Deliverance – the new game by a new studio, Warhorse, partly funded on Kickstarter, has been a hot topic over the past few weeks. It’s a game that’s unusual, curious and difficult at the same time. You can praise it for its uncompromising, perhaps even groundbreaking realism; you can blame it for its cumbersomeness or the amount of bugs. Some say that – because of the authenticity, difficult choices, and sluggish pace – Kingdom Come: Deliverance, isn’t a game for everyone… but is that actually true? Have we changed so much, or have we been spoiled by the accessibility of the modern games? After all, the newest hit from the Czech Republic is a homage to the hits we were so passionate about years ago.

A few hours with the game is enough to notice how familiar everything here is, and that we’ve actually seen all this; what amazed us years back is still amazing – regardless of the amount of bugs. Kingdom Come: Deliverance takes you into the past, it really does. But not the past you might be thinking about; it doesn’t take you back centuries – only two decades or so, into the times when Czech games used the very same formulas to break into the mainstream. And I don’t recall anyone complaining back then!

If you’ve been wondering whether Kingdom Come will become for the Czech Republic what The Witcher 3 was for Poland, trouble yourself no more! The Czech already have their Witcher, and since long ago – even three of them, as a matter of fact… 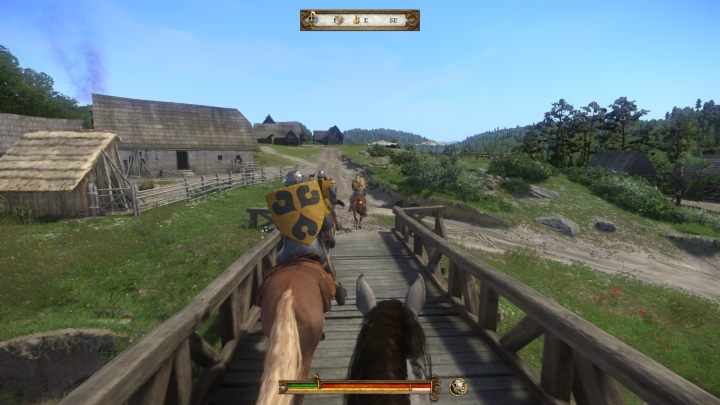 A slow journey through half the game world... now where have I seen this?

At the turn of the last century, first-person shooters were all the rage (literally all of it). The reign of Half-Life, Delta Force, Project IGI, Quake 3 or Soldier of Fortune was an undisputed one – frantic scuffles with dozens of bots were a ready recipe for a hit – at least in theory. One of the revered Czech studios, Bohemia Interactive, managed to prove there’s another way to boil the egg, with its 2001 release, Operation Flashpoint: Cold War Crisis. The game offered an entirely different experience: just as in Kingdom Come, players had to cope with unparalleled realism, perhaps even more apparent than in Rainbow Six (2000).

Any skirmish, even with as few as three distant silhouettes, was always a substantial challenge; every move had to be thought through, despite having a fully loaded M16 on you. Fire was exchanged on incredibly long distances for that era’s standards, which meant a lot of walking as well. Without a horse – I mean a car – getting from one village to another took about as much time as getting from Rattay to Skalitz. The story unfolded at much a similar pace – at the beginning of the game, it took you for long expeditions across the island, giving you most banal tasks. In the Resistance story expansion, players had to spent lots of time just idly sitting in a bus, listening to radio. 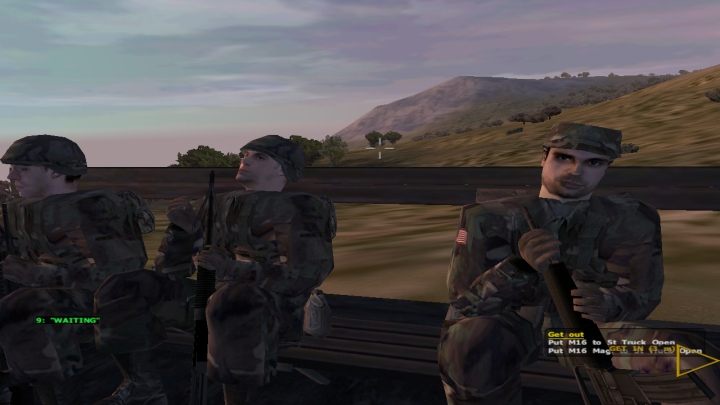 The missions opening Operation Flashpoint often begun with lengthy journeys, the only difference being the horses - mechanical, rather than chestnut.

Having the Czech Republic right across the southern border, I also have to admit I always found the names of the NPCs to be a rather humorous little detail. A much less funny, but more familiar to you all, would be the saving system from Operation Flashpoint. The game only allowed you to save three times during a mission. Without mods, that meant the only way out was deleting the savegame folder during the mission. Most uncomfortable.

The battles on the enormous island of Everon also required quite a powerful rig. These were different times though – if a game didn’t run properly, it meant that the PC was simply incapable – not that the game wasn’t optimized well. Players had to exercise some patience with regard to different mission objectives triggering in the wrong moment, for example. All in all, Operation Flashpoint was a must-have for everyone keen on hyperrealism – and the players were rewarded for putting up with countless problems, buggy scripts and low framerate, with the privilege of participating in one of the FPS milestones.

The City of Lost Kingdom

A year after Operation Flashpoint, the world was enchanted with another masterpiece from the Czech Republic, an unquestionable member of the video games’ hall of fame – Mafia: The City of Lost Heaven. Watching the intro to Kingdom Come: Deliverance, you can clearly notice similarities to the intro to Mafia, with the camera panning in and out, showing ordinary people doing their ordinary stuff. It is a bit shorter, but the relation is undoubtedly there. Really, the cut-scenes in both games are ingenious (Operation Flashpoint suffered from engine limitations). Every cut, every gesture seems genuine and planned. The developers took the best advantage of the depth of field and composition. 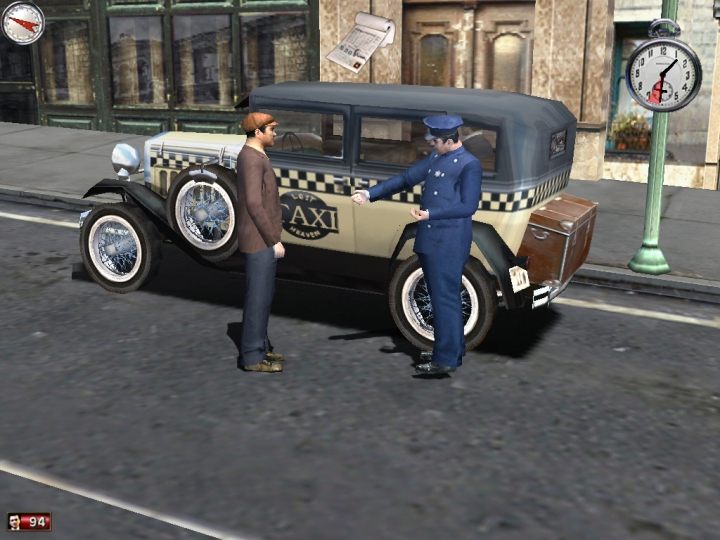 Mafia: The City of Lost Heaven was a road from zero to… a big fish. The pace of the story was familiarly slow, with ordinary jobs and uncompromising realism – even with regard to traffic regulations.

Tommy Angelo, just as Henry, is practically beginning from nothing, and the story in Mafia unfolds in the similar, slow and realistic way, sitting you behind the wheel of a regular cab. Save for the mission with the pre-war racecar and a few other missions towards the end, Mafia arguably wasn’t that difficult. It didn’t have any mechanics that would be particularly difficult, but it did feature an outstanding dose of realism. That was probably most noticeable in case of the cars, as they could be damaged in real time: you could seize up the engine, jam the gearbox, or just damage the body, mirrors, wheels, etc. The police wasn’t just part of the scenery either – the virtual officers reacted to speeding, crossing on red or open carry of guns. The setting of Mafia was coherent and authentic down to the smallest detail; all elements fitted perfectly together, creating a fantastic gangster tale.

Three visionaries and the Czech school of video games

The similarities between Operation Flashpoint, Mafia and Kingdom Come Deliverance are pretty obvious. Each of these games presents credible stories set in a very particular reality, not only without fantasy additions, but also without any instances of over-the-top, blockbuster-style, jaw-dropping action. Each game emphasized realism in chosen aspects, requiring players to be extra careful, or to change their habits. Sometimes it’s frustrating, but not in a way that makes you want to quit the game once and for all – quite the contrary. And that’s no coincidence. 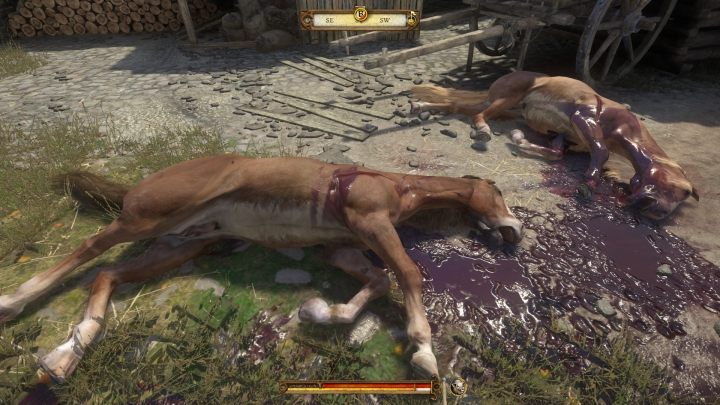 Really, dead horses weren’t necessary to show the link to the original Mafia.

If you take a look at the personnel behind Kingdom Come, you will notice that the team was managed by Daniel Vávra – a guy responsible for the creation of the first Mafia, and the author of the script to Mafia 2. There are more names like that among Warhorse’s key figures: Viktor Bocan, the lead designer of Operation Flashpoint and its Resistance expansion, who’s also worked on the first Arma, or Tomasz Bohan, a graphic designer, who worked on Mafia in Illusion Softworks.

The three men seem to be paving the way of the Czech school of gamedev, with games that always seem to take the industry by storm with authenticity and realism, taking absolutely no prisoners. Games, in which the story, the cut-scenes and the gameplay maintaining a perfect relation. The Czech are also uncannily good at using the slow pace to their advantage, offering just the right dose of emotions, scenic vistas, cut-scenes and the gameplay itself. Many sandbox games confuse freedom with a slew repetitive tasks in different locations – the pace of Kingdom Come: Deliverance or Operation Flashpoint is much slower, and hence the action feels more natural, more credible, while somehow keeping the player on the edge of their seat; forever teasing you, but never actually boring. 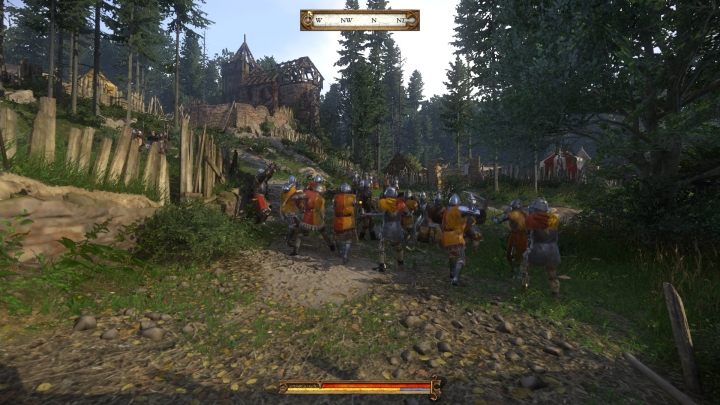 Before an enormous battle with a ton of soldiers in Operation Flashpoint, the game warned the players that it requires a powerful CPU. Kingdom Come also features such battles, with archers instead of snipers and trebuchets instead of tanks. 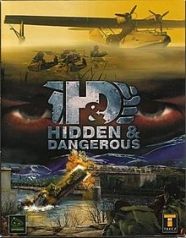 Daniel Vavra and Tomasz Blaho also developed another gem from the Czech Republic – the Hidden and Dangerous series. While the games weren’t remembered for the story or characters, there was no shortage of realism there, seasoned with pretty challenging cooperation within the virtual team of soldiers and realistic mechanics of receiving gun wounds. The games were also riddled with glitches and bugs, which didn’t prevent gathering quite a dedicated fanbase. Sounds familiar?

Is this more of a trilogy?

All that makes every hour of Kindom Come: Deliverance feel increasingly as if it was the third part of some odd trilogy, bound together with other entries not by story, themes and characters, but rather by the magnificent narration, outstanding authenticity and captivating settings – be that the cold war, the American prohibition or the Dark Ages. Playing the new game by Warhorse is a bit of a trip down the memory lane, back to the times when games constantly pushed the boundaries of the mechanics, the graphics and system requirements; when all you could notice were their advantages: that peculiar, enchanting atmosphere, rather than bugs and glitches accompanied by cries for a new patch. Maybe we were all awed by this new quasi-dimension, or maybe it’s just nostalgia…

The authenticity and the stunning beauty of the gameworld in Kingdom Come: Deliverance is something out of the ordinary – just as in the cases of Mafia and Operation Flashpoint.

Kingdom Come Deliverance may not be revolutionary per se, but it definitely does a good job of introducing the new generation of players into a game, in which everything is not explained with constant prompts, and the autosave system doesn’t have your back – and let’s hope they find it intriguing and challenging. With video games now being more of a service than a commodity, and among all this lootbox and paid DLC babble, releasing a singleplayer game as complex and linear as this, which at the same time is a homage to – increasingly obscure – classics such as Mafia and Operation Flashpoint, deserves double the respect. And as concerns the Czech gamedev, well… keep ‘em coming, guys and gals.

Stories are not dead – do we really want battle royale or single player campaigns?

Adored by some and despised by others – the exclusives are a mighty weapon in every war for supremacy among gaming platforms. But could things be better off without them?

The saving system in Kingdom Come: Deliverance has recently caused much fuss. Some called it a redundant and artificial hindrance; others thought it a splendid way to spice things up. Where’s the truth, if there's any? Mine is certainly not in the middle.