Have you ever experienced a situation when you noticed a show or class B movie that aired on TV while you were busy with something else? After the initial lack of interest, or even disgust, it suddenly turned out that such a movie with unknown actors sucked you in so badly that you have finally decided to watch it until its ending credits? GreedFall provided me with just such a variety of experience. At first it seemed feeble and clumsy, but the further I got into the forest the more exciting and rewarding it was. And literally, because autumn woods presented in GreedFall look truly amazing.

I could describe the new game of Spiders studios as a budget version of The Witcher 3, combined with rpg elements known from BioWare' titles and by saying so I don't mean it's some sort of cliché production. GreedFall doesn't look like a cheap substitute of third installment of The Witcher. It's rather an example of how a student tries to catch up and overpass his master. Inspired by a lot of good ideas, "Spiders" simply created the best game they could. It doesn't matter if it's not enough to call it perfect. Most bugs will disappear from your sight over time, obscured by the role-playing essence – immersive story and requirement of thorough character development. 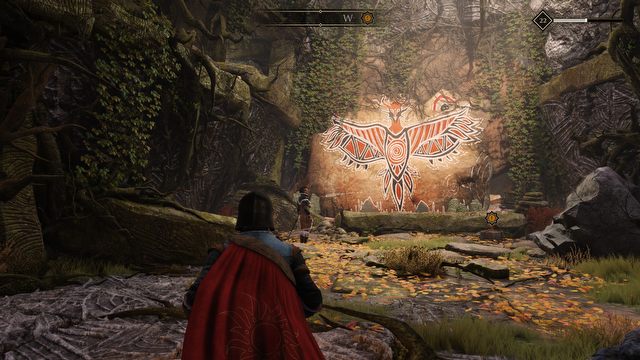 Some quests are not related with combat, but about gathering information. They expand your knowledge about game's lore.

A FEEL OF EMPTINESS AFTER THE FINAL CREDITS – FINALLY!

GreedFall is a representative of endangered genre which can be perceived as "finite" games, which have a definitive ending after you complete the main story. We receive a complete story, a satisfying ending, and after the credits game simply takes you back to main menu with a clear "this is it!" message with a "thank you for your attention". There is no open seamless world here, where you freely explore the game after the main story is over. So, you can't finish additional quests or travel through unknown areas – in the era of "games as services" I really liked this approach.

However, you should keep in mind that if you want to complete the whole game in 100%, it is worthwhile to focus on main and side quests (in form of short tasks gathered from a bulletin board) or simply save your game quite often. GreedFall does not indicate ‘points of no return’ in any possible way so you may lose a chance to complete some quests.

From dissatisfaction to delight

The beginning was difficult and GreedFall seemed to do everything in order to discourage me from further playing. First, we were bombarded with cutscenes with ugly faces of characters similar to early Xbox 360 titles, and then a showcase of various quests in the city looked a bit tedious. The dialogues were a little overwhelmed with words, animations seemed stiff, and the game world itself appeared to be quite uncoherent mess – the petty township of colonial times versus strange mutations of bears and rhinoceroses, and even monsters assembled from tree branches.

After a few hours of digging into the universe of GreedFall, I slowly started to drag myself in. A storyline depicting the search for a cure for pandemic plague turned out to be interesting, sensible and very well written. Devs from Spiders Games did not limit themselves to merely a simple tale, but instead they've created a complex storyline, which contains interesting mythology of local population and political issues of prevailing colonizers.

In GreedFall, we embark on a journey through the island of Teer Fradee, conquered by several different factions from the "old world". On the one hand, we have prosperous and highly developed cities, on the other, we have marginalized natives. The latter, in order to defend themselves against the destructive power of civilization, have awakened ancient beasts and demons. Every faction has its own goals and interests and the same applies to every character. So, we must find our way around this, risking our reputation with one or the other.

The progressive exploration of the island's history and the major conflict between old and new order seems to be the most interesting part of the plot, especially since a lot of space has been devoted to local mythology and political struggles. I think that game designers have deliberately put more emphasis on the game world, even instead of main characters, who are not very memorable. GreedFall is definitely a story about the island of Teer Fradee itself – not about the hero of Congregation of Merchants named De Sardet (whom we control), or about his cousin Constantin. 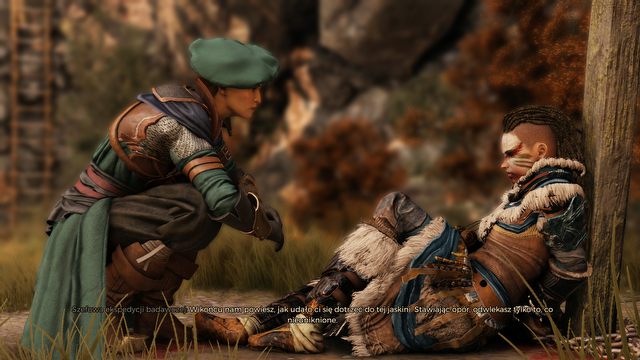 A story presenting the history of the natives and their mythology is one of the stronger points of the game.

FICTION BASED ON FACTS

Although the world of GreedFall is fictional, it is quite easy to find references to real countries or organizations. The congregation of merchants was based on France and Italy, the religious Theleme on the Spaniards, the Bridge Alliance on the Ottoman Empire, the Coin Guards resemble the heavy army of Landsknecht, and the Nauts are sailors from times when a strong state must have had a huge fleet. The natives, in turn, probably were inspired by the Indian tribes which were systematically repressed by European invaders.

According to our users, GreedFall for PC was a disappointment - the expectations before the release were higher than the current average user score.