GreedFall is an RPG with a relatively strong action element. The title was developed by Spiders studio, which has in its portfolio such titles as The Technomancer or Bound by Flame, while its release was taken care of by Focus Home Interactive.

GreedFall takes us on a journey to a fantastic universe stylized for the 17th century. Overcrowded and polluted, the Old World is decimated by a mysterious plague known as Malichor. Its inhabitants see a chance to be rescued in the New World, namely the island of Teer Fradee, allegedly full of treasures and other secrets, whose indigenous people live in harmony with nature. As the conquistadors begin to get bolder and bolder there, the relationship between them and the natives becomes increasingly tense.

During the game we play the hero whose main task is to find a cure for a disease that destroys the Old World. During the adventure, we must make every effort not to too much endanger the indigenous people (protected by the Guardians - monsters and other supernatural beings being a manifestation of the magic acting here), nor the colonizers (whose ranks are joined by ordinary settlers, as well as mercenaries or treasure hunters). The decisions we make not only influence the distribution of power on the island, but also how our history unfolds.

The GreedFall game starts with the process of character creation, including the choice of gender and a few basic attributes. The creators decided on a system of development of the hero without any division into classes - more than a hundred skills are waiting to be unlocked, allowing the protagonist to adjust the protagonist to the individual style of play.

The main element fueling the story are the tasks that we can perform in several ways. While there is nothing to prevent problems being solved by force, it is often better to use fraud or rely on one's diplomatic skills. The path we have chosen, and which of the parties we support in this dispute, affects not only our reputation but also the local geopolitical situation. In addition, the choices we make have an impact on which of the potential companions of the adventure decide to join us, and on his later attitude towards the hero (it is possible to lead to both romance and open conflict with the ally).

As far as clashes with enemies are concerned - on our path stand both, people, as well as the above mentioned monsters called Guardians. In combat, we use guns and firearms, which we can improve by using an extensive crafting system; the same applies to armouring elements. Apart from that, magic comes in handy.

The three-dimensional GreedFall graphics are pleasing to the eye. While working on the visual layer of the discussed production, the developers modelled their work on Baroque works of art.

GreedFall Guide is an extensive walkthrough that will guide you through all the main and side quests. Our tips describe trophies and achievements, characters, fractions and help you locate all secrets and collectibles. 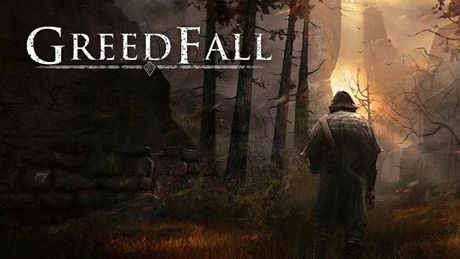 GreedFall is not a stiff spiritual successor to Gothic series. It's a well-designed unique role playing game developed with a limited budget and some great ideas borrowed straight from the best titles of this genre. 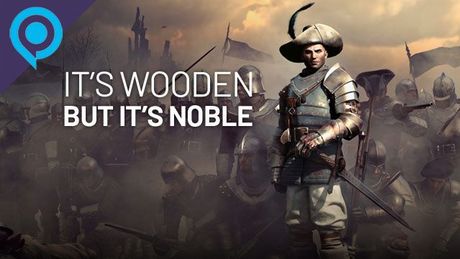 GreedFall is clumsy and ugly as night. But remember the Little Prince  "What is essential is invisible to the eye." The game has issues, but there're many ways it can make up for them, including the great freedom, and complex character development.

A new gameplay from GreedFall, an RPG from Spiders, a studio known from The Technomancer, has appeared on the web. The material contains eleven minutes of gameplay.

Spiders revealed the release date of the RPG GreedFall. The title will debut on September 10 this year and will be available on PC, PlayStation 4 and Xbox One.

GreedFall Will Last For 30-45 hours; Number of Endings Revealed

In an interview for The Escapist magazine, Jehanne Rousseau, CEO of Spiders studio, revealed that the upcoming RPG GreedFall would take about 30-45 hours to complete. In addition, the title will have four main endings.

CEO of Spiders said in an interview for Escapist Magazine that the studio's latest title, GreedFall, was trying to fill the gap left by past BioWare titles such as Mass Effect and Dragon Age.

This year's fair gamescom wouldn't be as good as it is without GreedFall from the team at Spiders. An eight-minute gameplay has appeared on the web, presenting combat, exploration and rich possibilities of character and equipment personalisation.

Studio Spiders and Focus Home Interactive shared another gameplay from GreedFall. It seems that the developers have focused on Dragon Age: The Inquisition as the main inspiration for their efforts to fill in the gap left by BioWare.